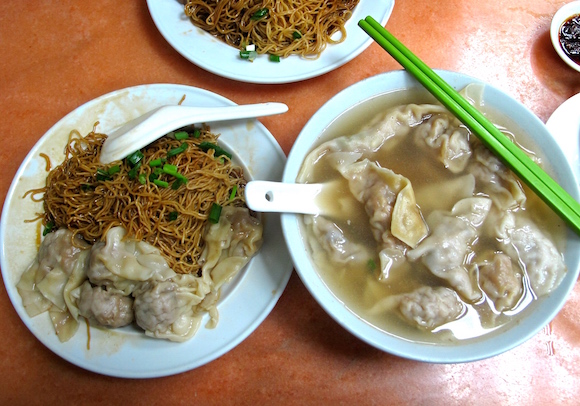 Here’s the longer and original piece I wrote for the SCMP 25+ column that they have recently retired. It was about places that are over 25 years old, and in Macau, it’s very easy to find. 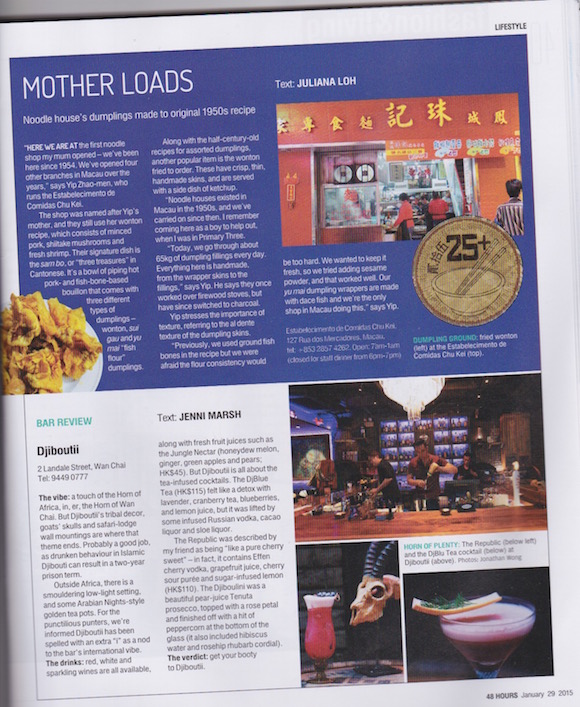 Chu Kei has been around over 50 years, has pretty much the same menu and recipes and generations of the same family has been running the business.

“We’ve been here since 1954 and here we are standing at our first noodle shop my Mother opened. We’ve since opened four other branches here in Macau over the last 61 years since we started.” Says Mr Yip Zhao Men, a shy and soft-spoken man who took over his family business. 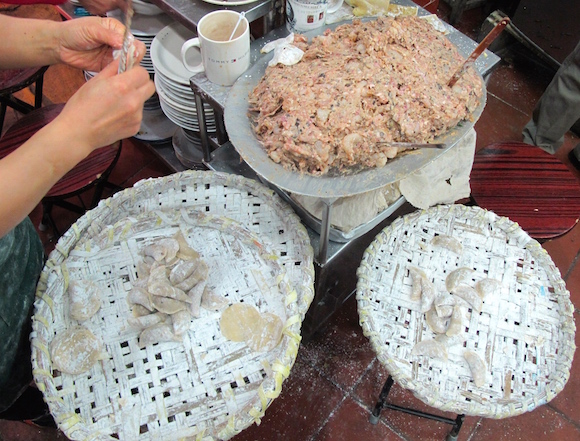 Ju Kei was named after Yip’s mother “Zhu” and her dumplings recipe that consist of minced pork, shitake mushrooms and fresh shrimps lives on in the next generation. Their signature dish on the menu is the “Sam bo” which literally translates to three treasures from Cantonese. It’s a bowl of piping hot bouillon with a pork and fish bones base that comes with three different types of dumplings  – the wantons, sui gow dumplings and finally the yu mai “fish flour” dumplings that have a smoother and thicker consistency and their skins don’t crease when cooked like its counterparts.

“Noodle houses existed back them already in Macau in the 1950s and we’ve carried on day after day since then. I remember as a boy coming here to help out since I was in Primary three. There used to be a sports stadium next door and after night training, the athletes would come over and devour bowls of noodles and dumplings. Today, we go through 13 to 15 batches of dumpling fillings every day [about 65kg]. Everything here is handmade, from the wrapper skins to the fillings.” Says Yip.

Yip also stresses the importance of “mouth feel” referring to the al dente texture of the dumpling skins and shares that they improvised the recipe along the way over the years “Previously we used ground fish bones in the recipe but we were afraid the flour consistency would be too hard and wanted to keep it fresh, so we tried adding sesame powder to the mix that worked well.  Our yu mai dumpling wrappers are made with Dace fish and we’re the only shop in Macau doing this. In the past, we were cooking with firewood stoves and have switched to charcoal.” 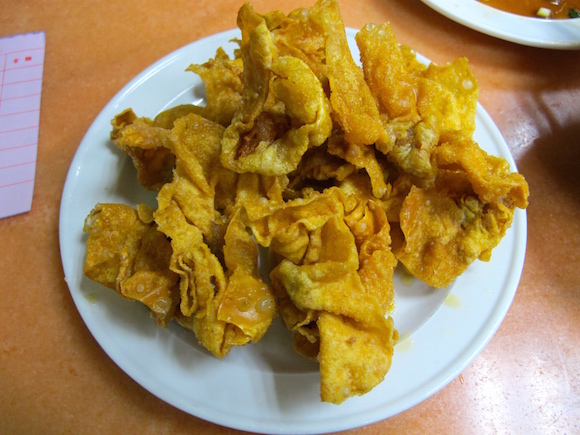 Apart from the half a century old recipes for assorted dumplings here, another popular item on the menu is their fried wantons made a la minute – crisp thin handmade skins, served with a side dish of ketchup.