Two weekends ago, Chief Chowtzers across Asia Pacific got together in Singapore for the Chowtzer Asia awards Asia 2015, Anton our chief Chowtzer of Manila who takes amazing photos did a fantastic recap here. Check out his blog Our Awesome Planet if you’re looking to eat well in Manila and across the globe. Well, I arrived a couple of days earlier for work before joining the foodies crew over the weekend. Anton’s recap includes everything, here were my culinary highlights eating around my Motherland. 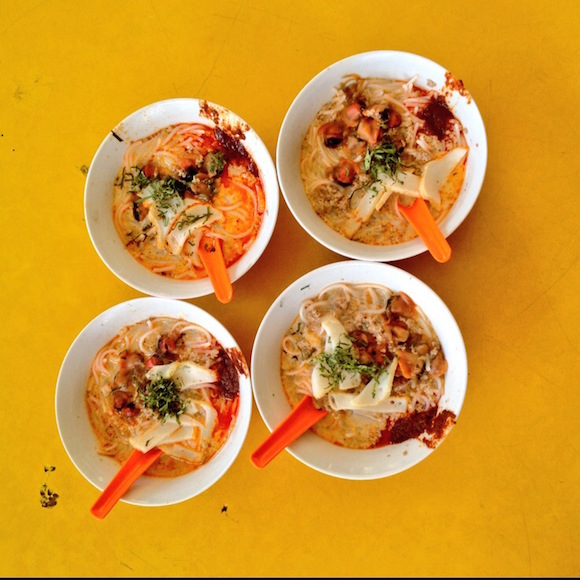 Sungei Road Laksa I haven’t been here before since my Mum’s or Katong laksa that I head straight for. The gravy here is watered down and not  as deliciously rich and thick, they also cut up the noodles and you are given soup spoons to ladle and shovel it all into your mouth. Portions are comparatively small served with fresh cockles (see hum) and homemade sambal chilli – they could definitely up the spice quotienne. At peak hours, you’ll have to join the queue and line up a good 15-20mins for your bowl of noodles.

Closed on first Wednesdays of every month. 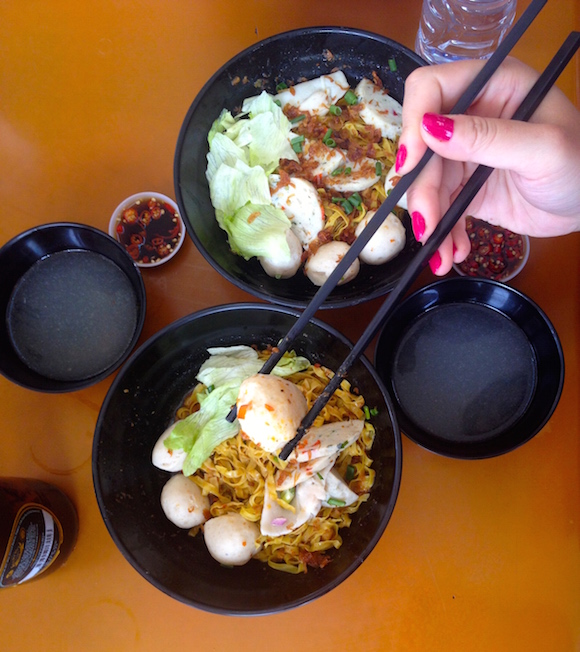 Fishball Story at Golden Mile Hawker Centre, run by 23 year old Douglas Ng and took home the Chowtzer Asia Tastiest feast award 2015. Ng’s story is inspiring, with the intention to have homemade fishballs as and when he wanted and to preserve his heritage, he took he’s grandma’s recipe and ventured into a hawker start up selling fish ball noodles. With hawking becoming a soon disappearing trade, we need more people like Ng in his generation to preserve and share their culinary heritage so we can continue to gorge ourselves on deliciously rich Singaporean food for a song. A no flour recipe, the texture is bouncy and his commitment to using the best ingredients, generous with the fish meat makes it a first class fish ball. They aren’t all perfectly rounded the same size as they aren’t mass produced but painstakingly made with love. Ng mentions that he’s 50cents more expensive than other vendors – but that’s a small price to pay for the quality you’d enjoy. We opted for the dry version with chilli, mee pok egg noodles (our version of fettucini) cooked a perfect al dente and it’s dressing similar to Bak Chor Mee (savory, vinegary tart, and slightly sweet) with delicious hint of fried pork lard. 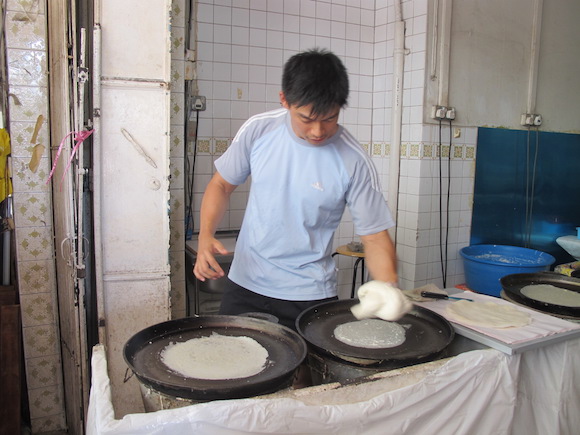 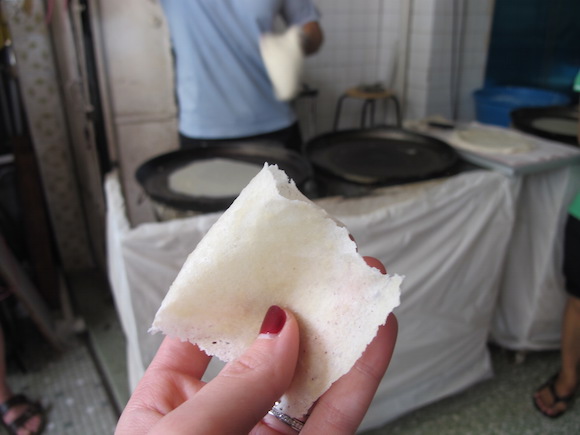 Kway Guan Huat – an artisanal shop in Joo Chiat making pohpiah skins (flour skins for spring rolls) since 1938. I didn’t think we’d still have this in Singapore, a shop in Macau still does this religiously and was actually the first time I saw how pohpiah skin was done. It looks so easy watching them do it, and Dan, the Seoul chief Chowtzer of Seoul Eats bravely gave it a go – and it proved too difficult.

Thin, crisp yet fluffy poh piah skin hot off the stove. Yum. It makes all the difference. 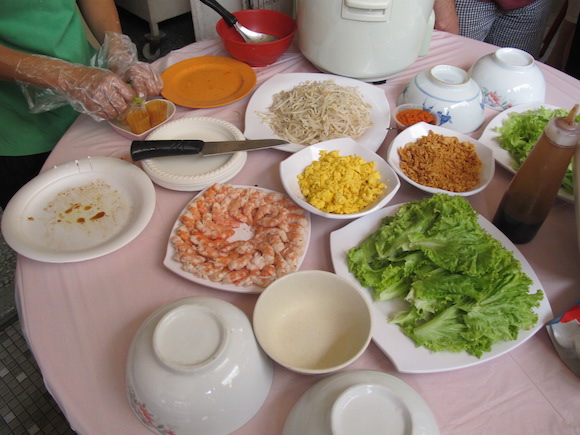 Pepita’s Kitchen pop up in Singapore, winner of Chowtzer best dish in Asia 2014, a beautifully roasted suckling pig stuffed with truffles and foie gras and we were lucky enough to get a taste of this piece of Manila with their pop up in the heartlands. Thank you Anton of Our Awesome Planet for getting us front row seats and forks! 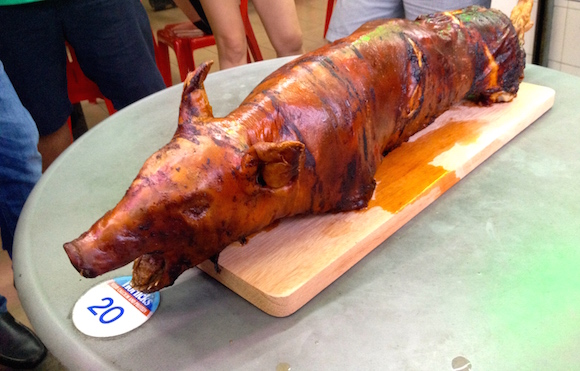 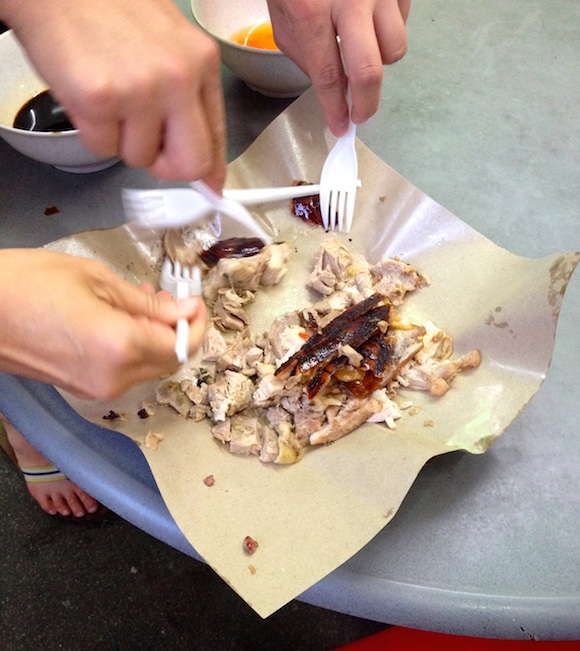 And of course Tian Tian Chicken Rice, where people make the pilgrimage for, if only just to try it. The queues are usually long, but it’s all worth it. Order the whole works, it’s worth every calorie. A full balanced meal would include a side of stir fry bean sprouts with cuttle fish as well as a green leafy veg dish to go with the traditional white chicken, which they’re famous for and I personally think is better than the roast. Drizzle that thick sweet soya sauce generously over your rice and dip your chicken in the tart chilli sauce and ginger garlic condiment as you tuck in. Most people if eating alone just get the chicken rice, but if you’re a party of two, go crazy and order sides too to get a full chicken rice eating experience. 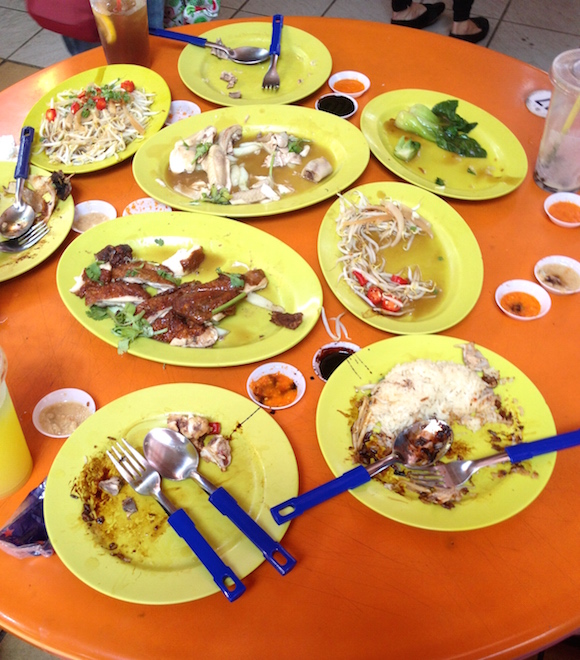 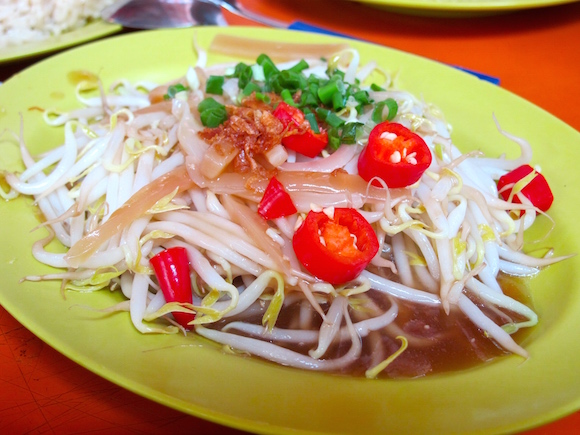 There are several Tian Tian Chicken rice stalls in town, we went to the one at Maxwell market – closest MRT station is Tanjong Pagar on the East-West line.

Finally, no one leaves Singapore without having Chilli crabs – we went to Roland’s in Marine Parade. His grandmother is said to have created the original recipe before the dish became synonymous with Singapore’s signature dish. Order extra portions of deep fried mantous (rice flour buns) – you will need it to mop up all that deliciously rich gravy. 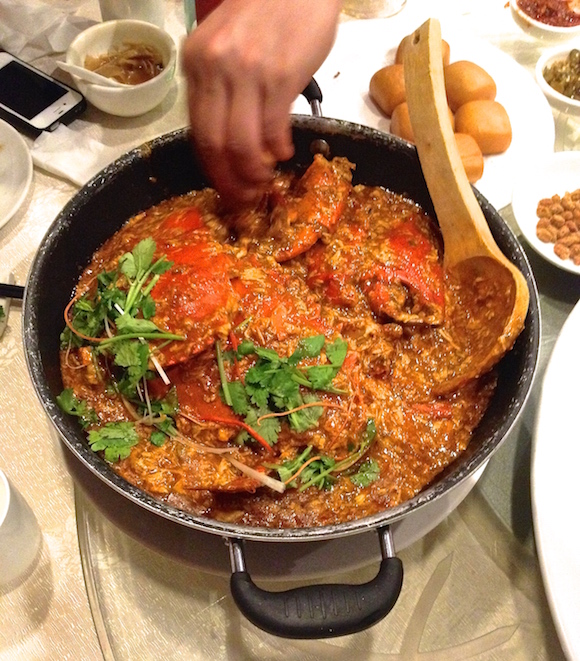 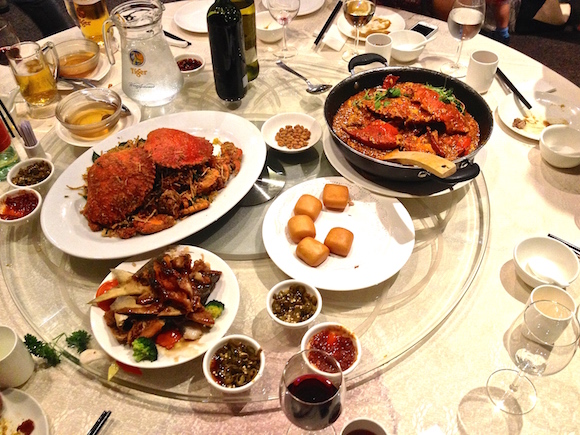 And finally, the Chowtzer Asia Awards Show was held at Wild Rocket on Mount Emily with an interesting menu of very fusion cuisine – Singapore food with a modern twist. Great group pic courtesy of Anton Diaz our chief Chowtzer of Manila! 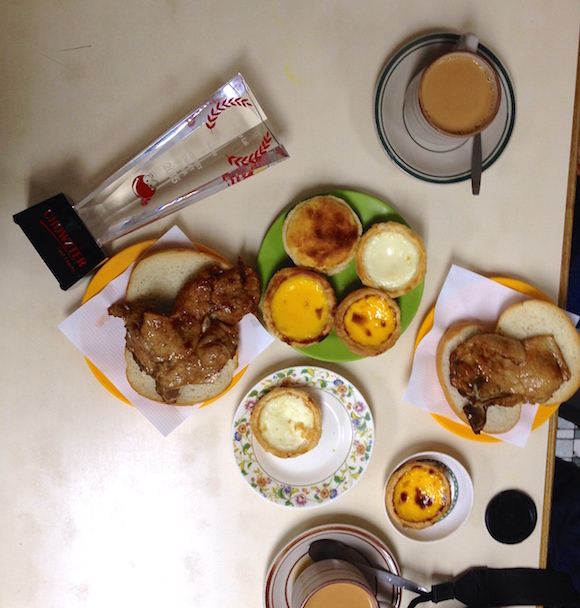 A very happy owner. It’s all about San Hou Lei‘s tarts and the credit they deserve, so excuse the horrible photo of me with bad hair day, double chin and no make up given the crazy 95% humidity! 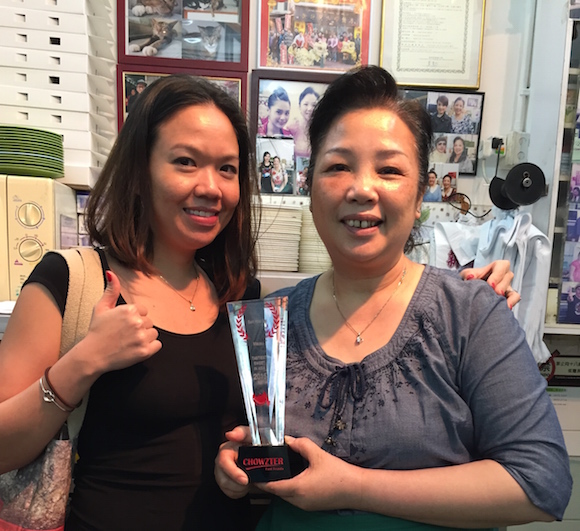 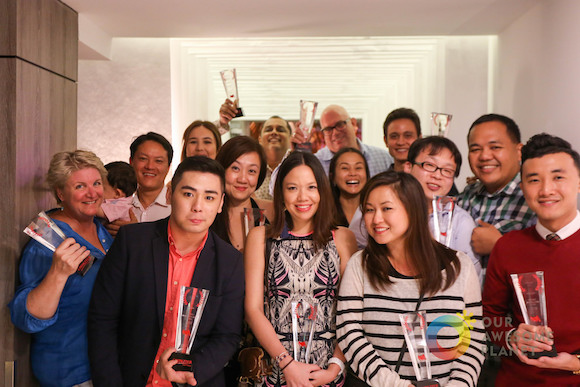