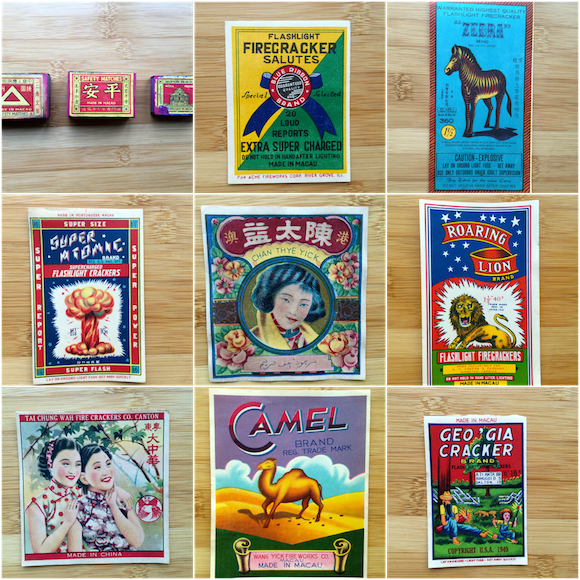 So many friends that have come through Macao to visit and surprisingly enjoyed my Junk store exploration adventure. Many asked where I got my vintage treasures in this post where I took my former flatmate and one of my closest friends based between LA and Shanghai (not short of vintage gems) on a mad shopping spree… of other people’s old stuff.

I’ve been living in Macao for close to three years now and my junk treasure collection is slow but steadily growing as I give into odd and curious pieces, including postcards sent from France and England to Macao to their Portuguese friends during World War I and II – how strange, poignant and wonderful at the same time.

Anyhow, for the longest time Macao/Macau has always been the backwaters of Hong Kong, chugging along behind it’s financial powerhouse sister. Even with the ballooning of the casino industry from the 1970s, Macau just didn’t make headlines enough to charm international tourists over.

There are plenty of cool trivias around Macau – it used to be the world’s largest exporter for firecrackers and check out those gems of vintage labels from the 1940s-1960s. The labels in English was made for firecrackers mainly for export to America. Right in the centre is I’m guessing a rouge box label and it’s got Arabic script on it, presumably  made for export to the Middle East.  I’ve asked several friends who read arabic what it meant and few could make it out, finally an Afghan friend messages “unfortunately i can only make out letters but i confirmed with my mum and she said it says ‘sareh bibi Maryam’ literally ‘head of Mary’ but I guess it means that that is a picture of Mary (jesus’ mum). Random label!” Random and wonderful – that kind of sums up Macau life. If you’re interested to pick these up – I’ve started an Etsy Store: PluckCluck  after much cajoling from friends who come visit and join my treasure hunt.

One of my favourite purchases here? For those of us who grew up in the 1970s and 1980s in Singapore would know the ping pong ball bowl set that my mum would take out every Chinese New Year at reunion dinner. I found the giant version of it and my friends Abe and Adrienne from Fat Rice Chicago gifted it to me while we were on our treasure hunt. 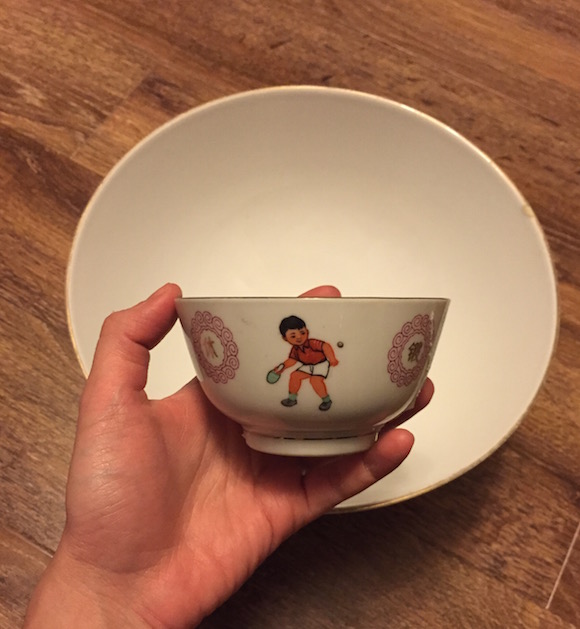 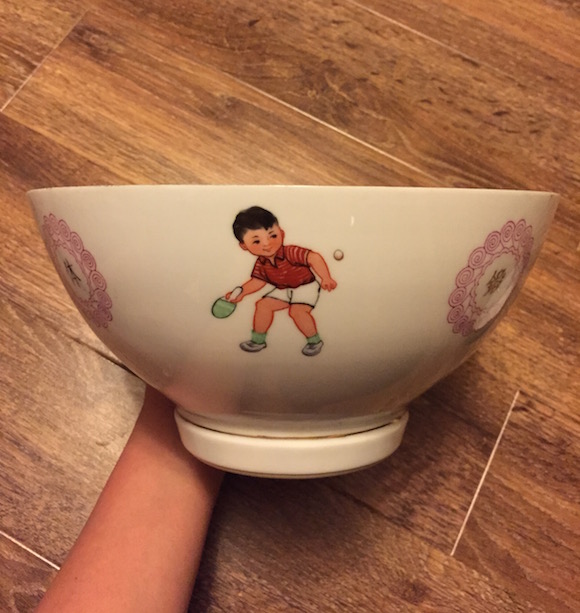 Another old street I like to comb is the renovated Rua de Felicidades, former red light district hence the name “Happiness street”, it’s also where a scene from Indiana Jones was filmed – remember the kid driving in the car set in Shanghai? That was shot on this same street.

Here’s snippets of one of my first (and poorly made) imovie experiments.

Did you also know that Bruce Lee’s first movie premiered in a cinema in Macau because they were worried it would fail and didn’t want it to screen in Hong Kong first? The Cineteatro Macau still stands today and you can even watch the latest movies in 3D movies. It’s undergone renovations, but both the exterior and interior structures still live in that era.

Anyhow, I’ll leave you with these gorgeous typography and design. And if you’re far far away and would like to collect them to frame up, check out PluckCluck on Etsy. :)