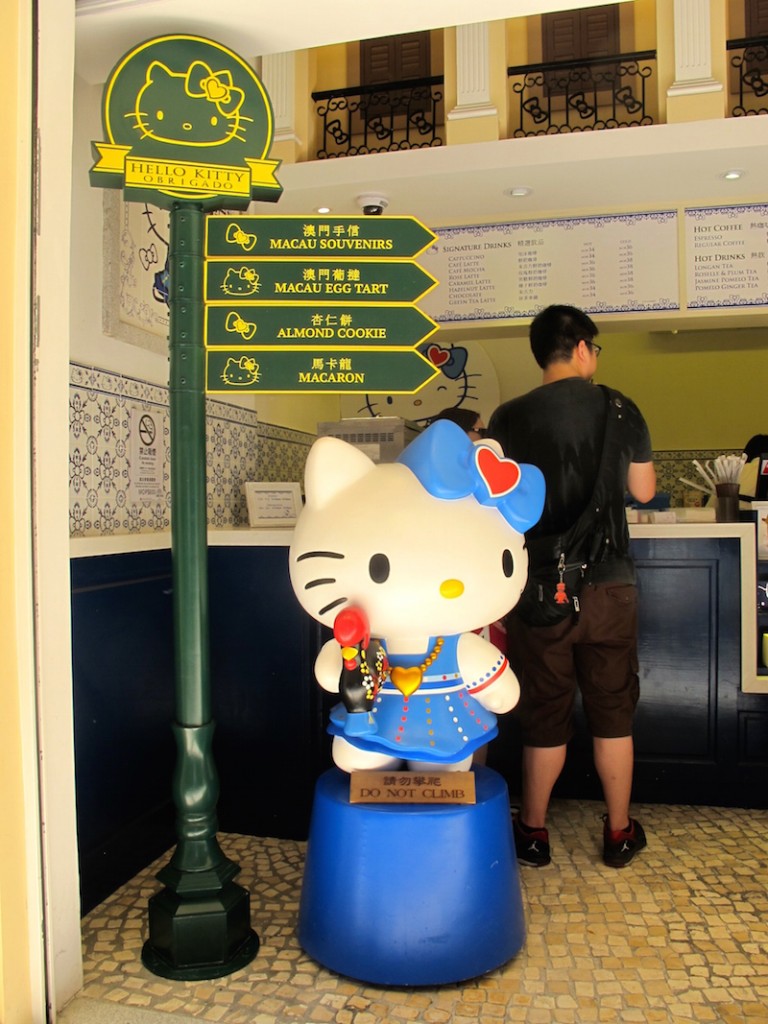 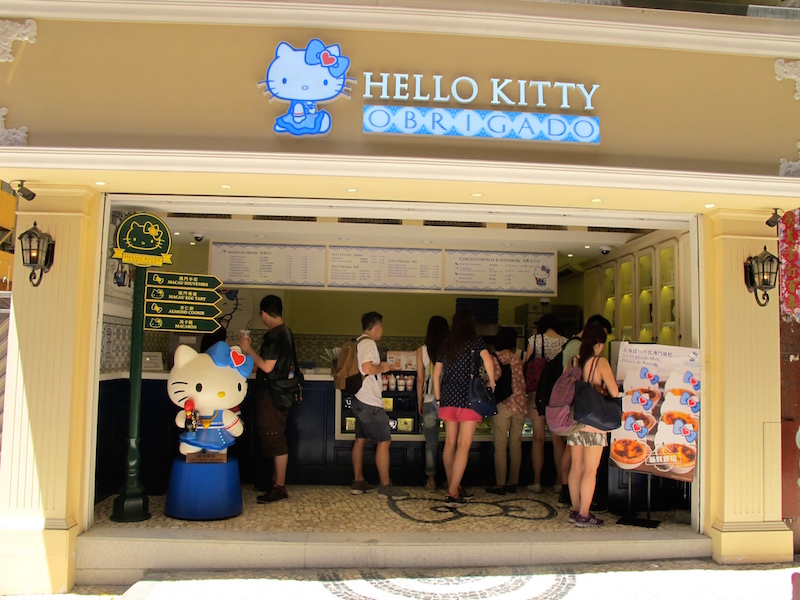 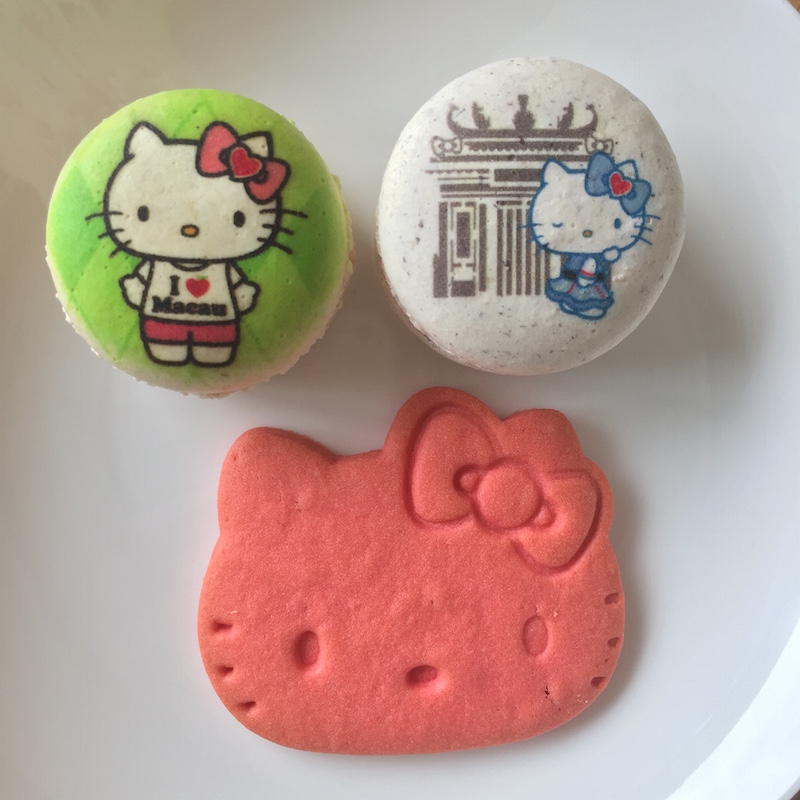 Although Hello Kitty has been around since 1974, the cartoon character continues to be a food trend throughout the world. Hot on the heels of the Hello Kitty Chinese restaurant that opened in Hong Kong recently, the Hello Kitty Obrigado Macau officially opened in May following a 6 months soft opening in November 2014. This kiosk serves mini Hokkaido milk egg tarts (10MOP/tart, 56MOP/6 tarts, 108MOP/12 tarts), their filling a smooth egg custard with a perfectly burnt top crust and just the right side of runny, with a richer texture in its crisp pastry puff. 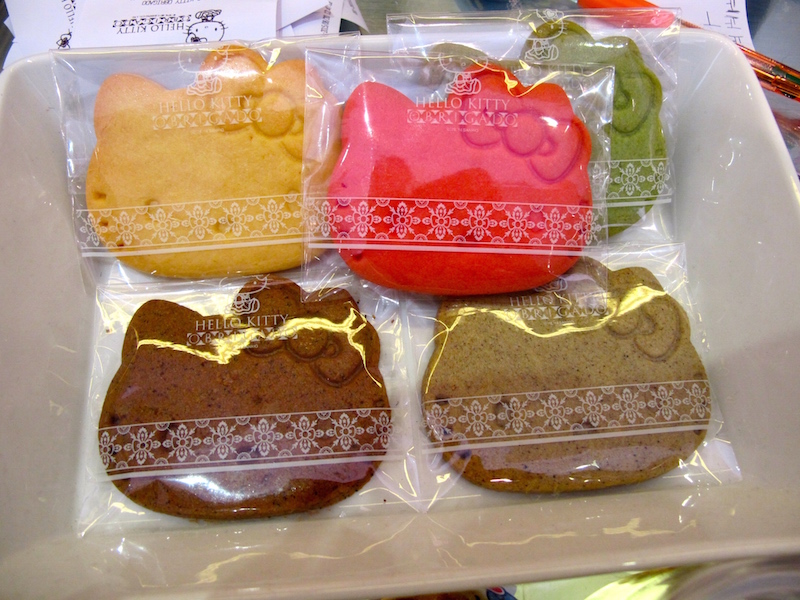 Then there are just food items like pork jerky in the shape of Hello Kitty (48MOP), almond cookies –Macao’s most famous export at 98MOP/box or assorted large butter cookies (10MOP/piece) from Strawberry to Green tea one of their best sellers baked fresh daily, with colours corresponding to their flavours – crumbly buttery and good—just in the form of the cartoon cat, making it worth the queue. Their macaroons come in 13 flavours from cashew nut to pistachio at (28MOP/piece), a few cents shy of what you would pay for Pierre Hérme or La Durée, and not entirely worth the calories. Each piece of macaroon an art piece decorated with an immaculate Hello Kitty print of the character posing alongside Macao’s UNESCO heritage sites and motifs, including St Paul’s Ruins and Ah-Mah temple. 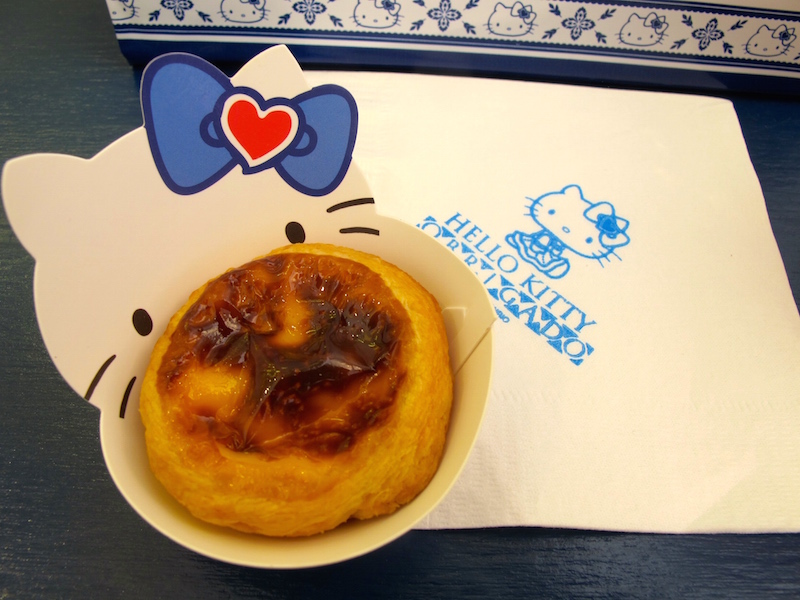 Last year saw the 40th anniversary of Hello Kitty and the theme of the celebration was “Arigato” hence the Hong Kong based owners decided to take on the theme when they soft opened last year naming it Hello Kitty Obrigado, the Portuguese equivalent of Thank you for their Macau outlet.

Long queues snake through the little alley way, there is a small standing counter to gobble up your egg tart or you can sit on the marble benches just outside the store. Hello Kitty plush toys dressed in a traditional Portuguese costume as well as other paraphernalia are not for sale, but gifts to be redeemed with purchase.

Their signature drinks run the gamut from cappuccino to rose latte, and hot drinks include Chinese variations of fruit teas including Longan tea, and pomelo ginger tea. We washed down our snacks with an ice-cold strawberry guava soda their specials this summer – not too sweet and a real thirst quencher to beat the summer heat and the queue. 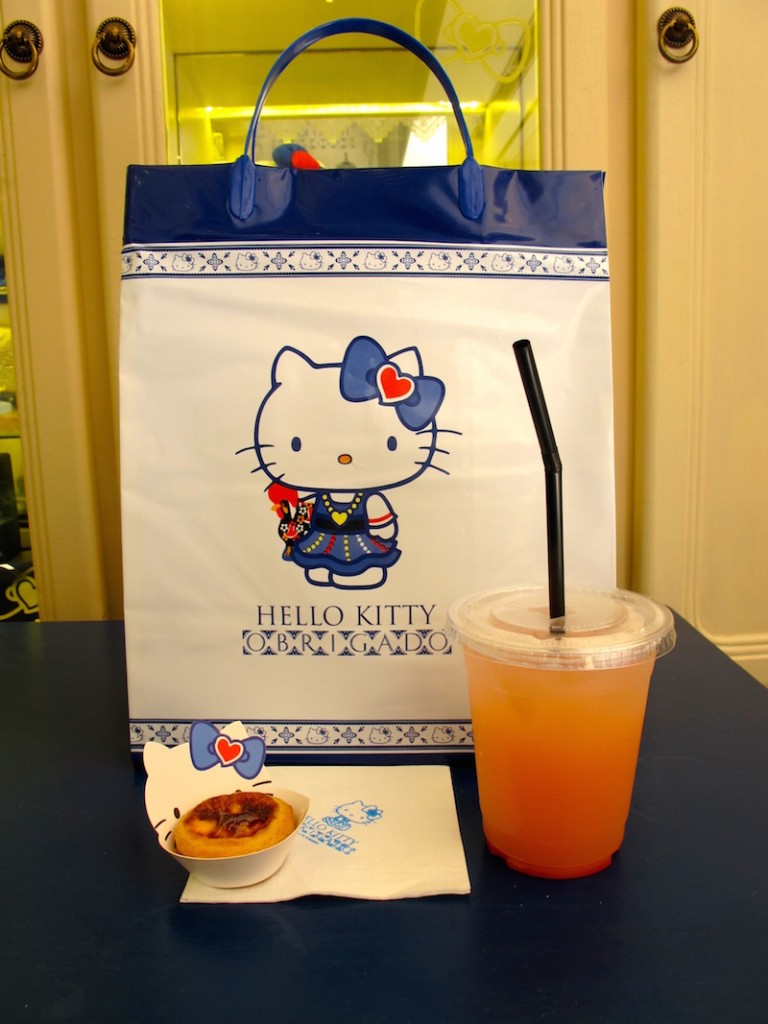