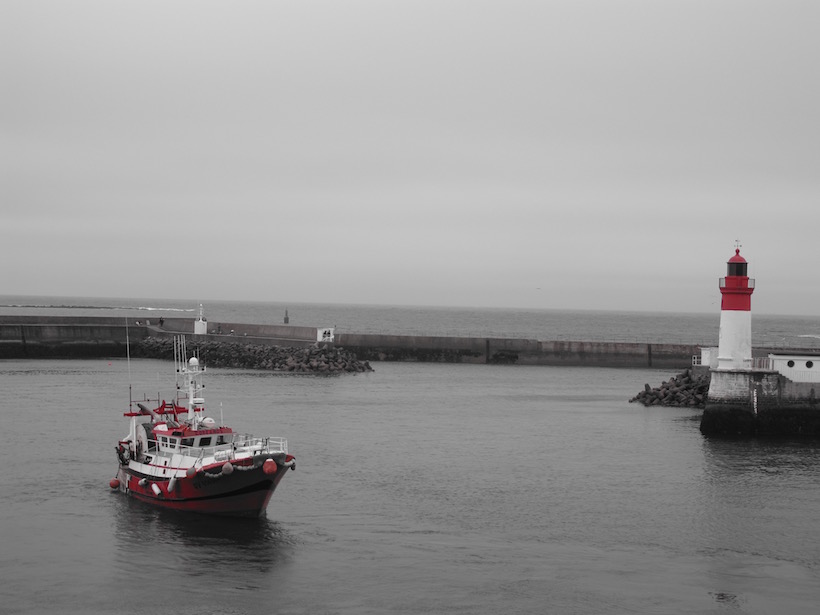 While the weather was dreary and cold in the peak of summer at the end of July, the galettes and crepes were amazing as was the seafood we couldn’t get enough of. The husband organised a behind the scenes fisherman tour so we could see the boats’ daily haul coming in and how they sort them at the market – very much more high tech than Tokyo’s Tsukiji bidding system, everything is done on scales and electronically tagged with stickers and packaged.

We spent a week in Brittany with family and had time to navigate the different towns.

Flocks of seagulls are waiting by the bay when the boats come in to unload their catch of the day. 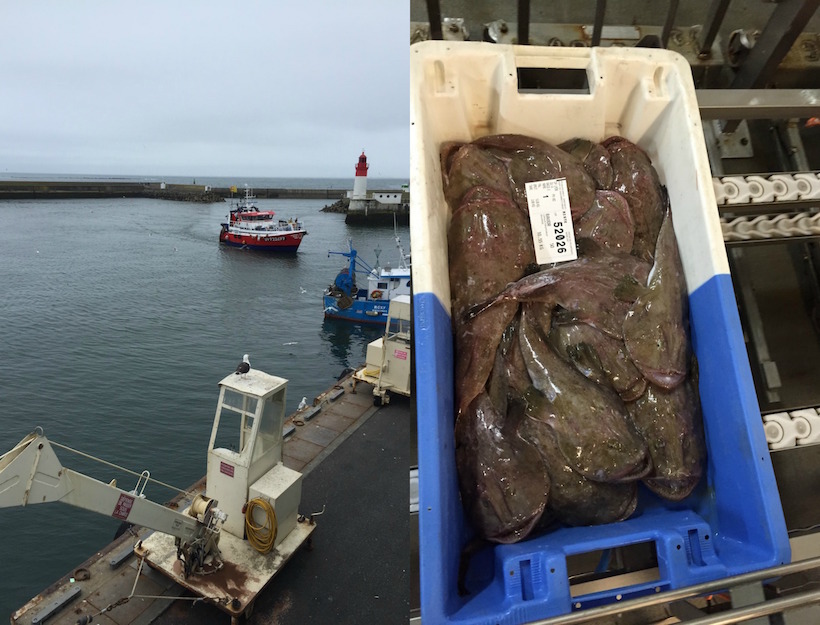 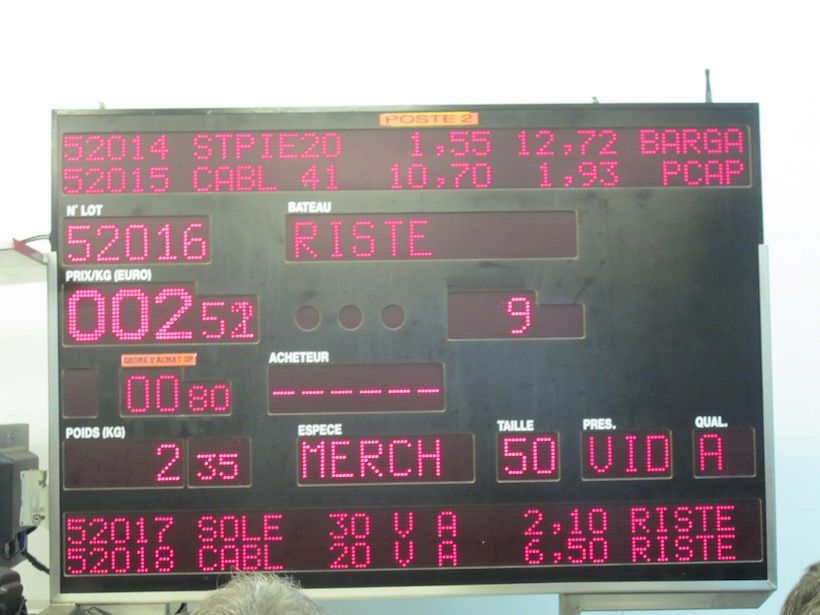 There is a running LED screen that shows the buyer. The catch from these waters are what gets exported to Asia mostly the fine dining restaurants in Hong Kong and Macau. It was interesting to visit the source of where the seafood makes its way to the husband’s restaurant.

Yes, from a carbon footprint standpoint, a discussion we have often, but it’s unfortunate that the economy of the industry works in a certain way. Scampi is never exported alive, so watching them come in fresh from the nets and then having them at the dinner table was such a humbling process of sea to table.

There are laws and regulations to regulate the fishing areas which respects the seasonal migration of the sea creatures too. 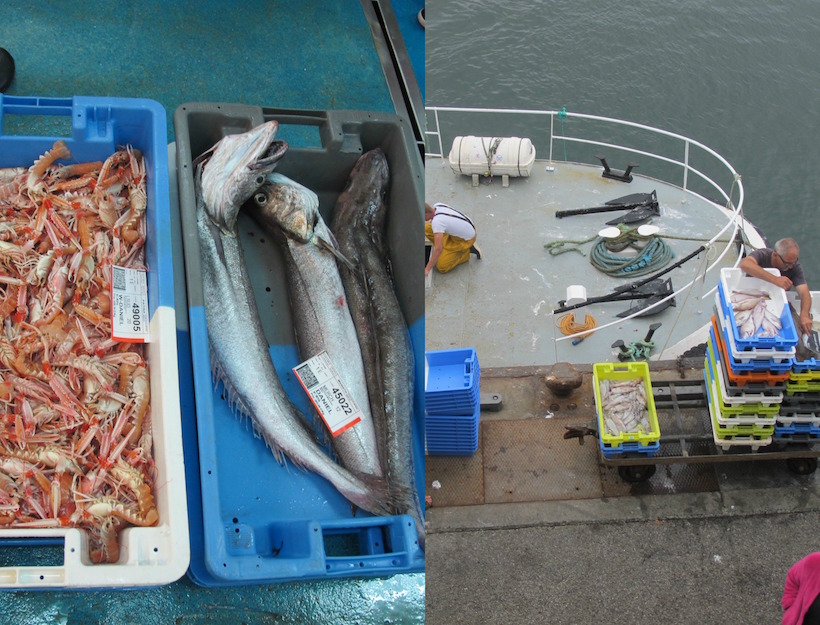 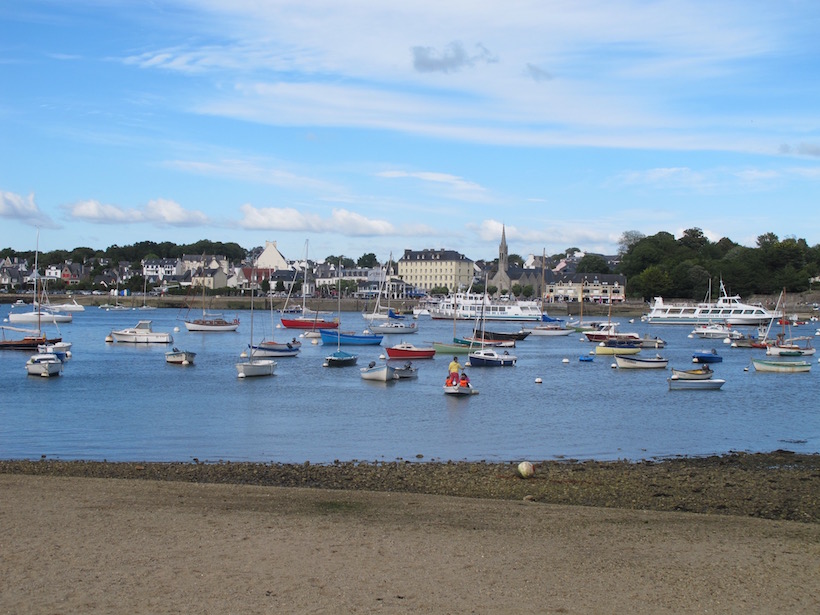 Well, when in Brittany, eat lots of galettes and crepes and pile on the seafood as well, and go for the caramel beurre salé crepes for dessert. It’s mandatory. These saffron cream mussels were fantastic at Le Rayon Vert in Plomeur at La pointe de la Torche, where we saw lots of surfers braving the cold headed out with their surf boards. 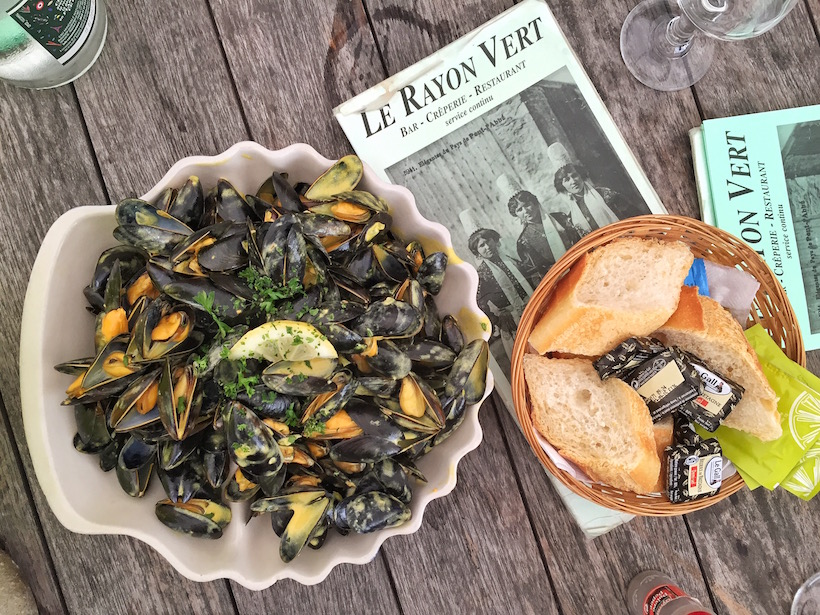 Part of the lovely artist Clementine Guivarch’s guerrilla art pieces that were on show all around Port du Guilvinec, which was part of the highlight of my visit! 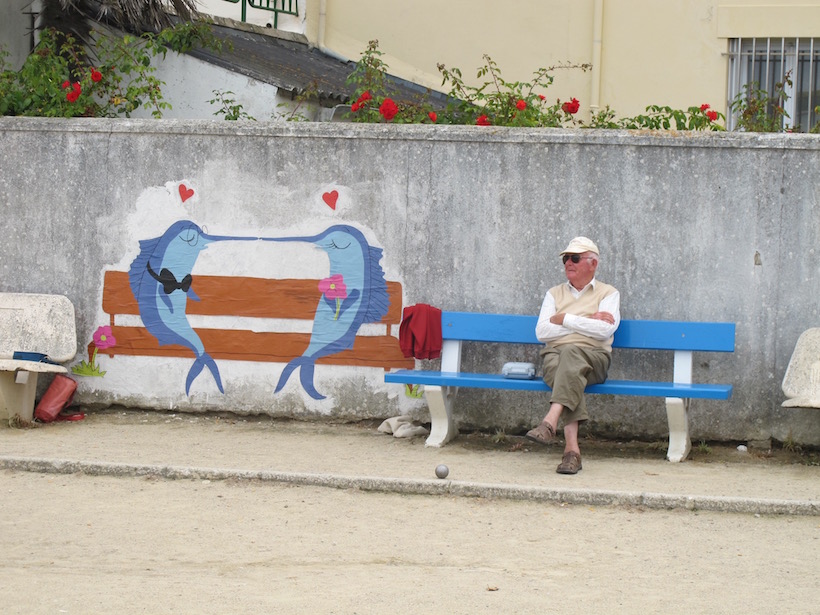 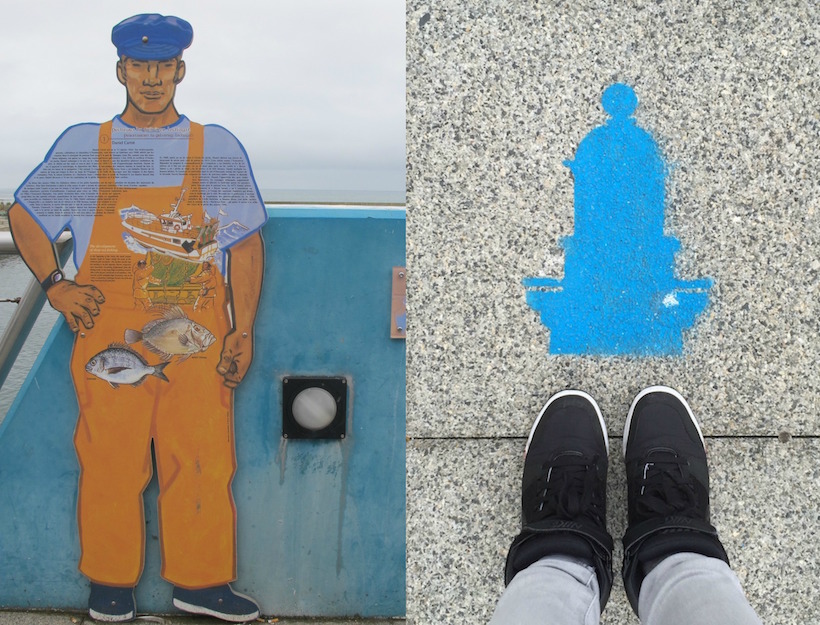 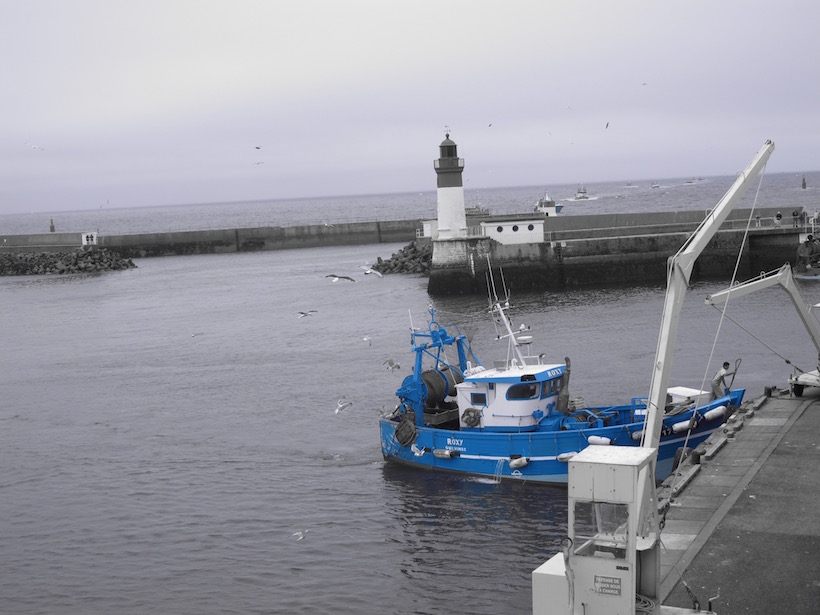 So many blues and reds. :) Took a tram ride through the city of Quimper. Gorgeous day after a morning heavy downpour, we caught part of a festival and so many little Bigoudens. 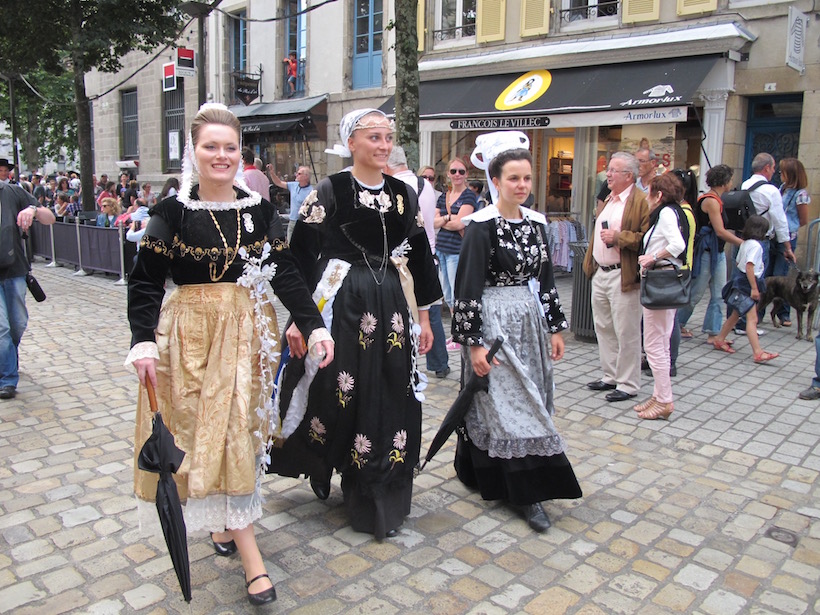 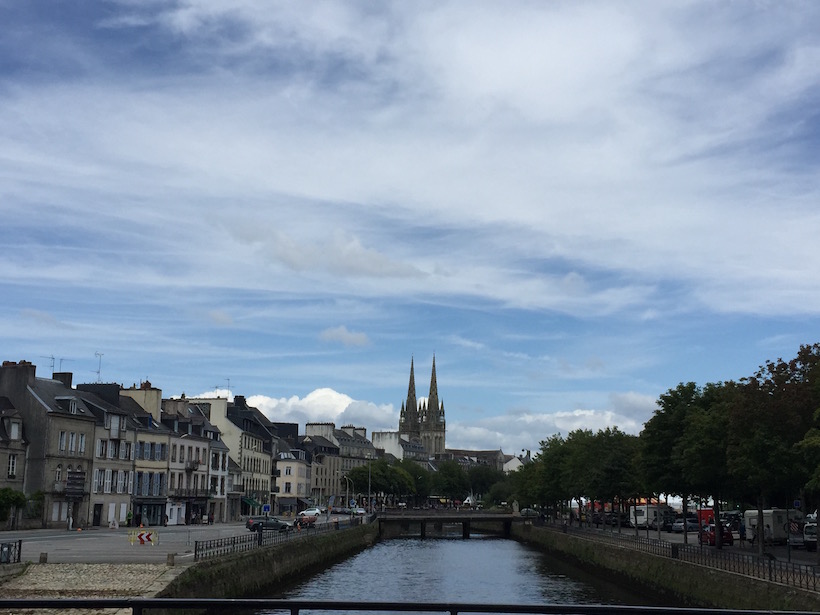 So, we covered lots in Brittany, flying into Brest from Paris and then spending time exploring Bénodet, Concarneau, Quimper and Guilvinec – so fortunate that my Mother in law is an adventurer too as she mapped out most of the roadtripping. :) So much to see, lots of marine history and of course the ubiquitous marine stripes that made its way into the fashion world when Jean Paul Gaultier made a fashion statement out of the wonderful Bretagne tops. 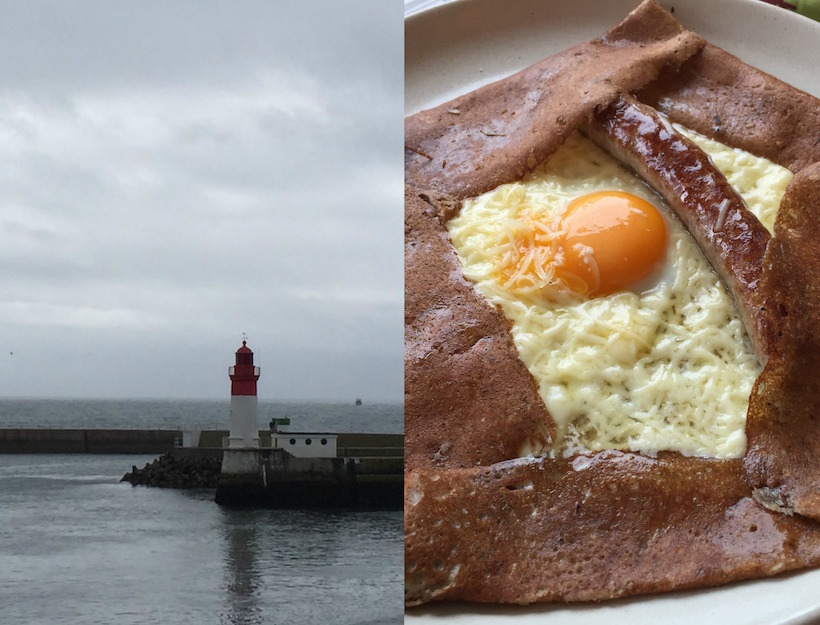 Footpaths for animals in Quimper and Rapunzel like towers for architecture. 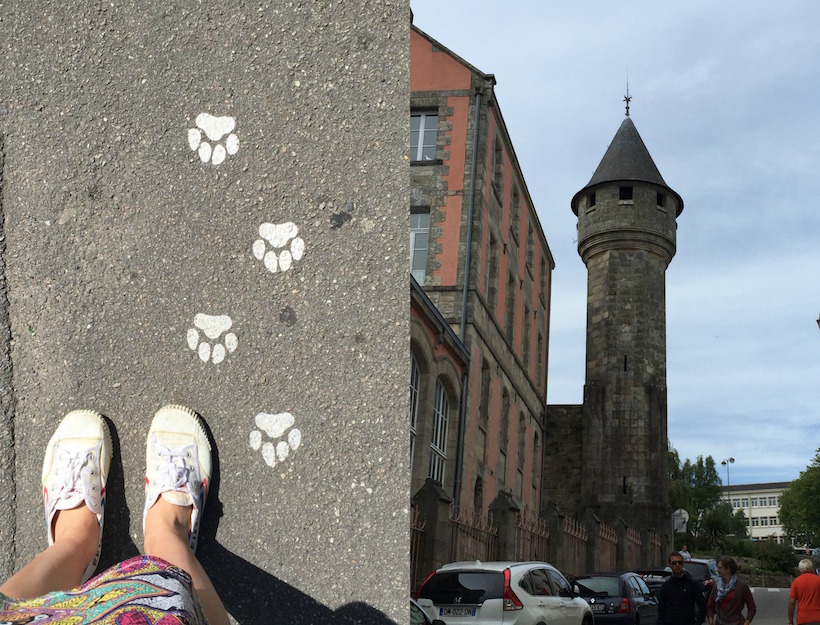