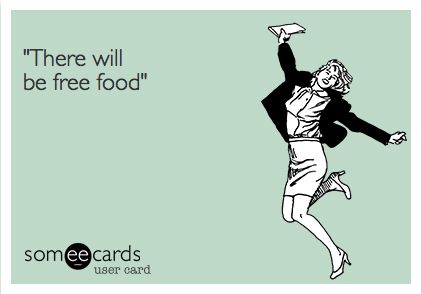 A gripe ahead since it’s a topic that is rampant these days and quite close to my heart, given that I once worked on the side of PR, have clients who want results and I also write. And have a husband’s career that is at the mercy of this business.

I have lived in Macao for over 3 years now and have accepted two invitations by PR agencies, one was for an event, and a second a food tasting that was mediocre, but I felt bad taking a free meal (you know how parents repeat ad nauseam there is no such thing as a free lunch?? well, mine did) without anything great to write about, so I returned in the same week on my own dime (we have been to this place several times before and never particularly wanted to return. Simply a matter of preference.).

Protocol like what we do when we write objective reviews for editorials, we revisit the place at least 2-3 times anonymously after a bad experience, always paying the bill to make sure that it wasn’t an issue of consistency.

Except for in Beijing, where the only way to survive on the meagre writer’s salary was to take up invitations and having to manage expectations as most hotels and restaurants are also advertising clients in the publication. There’s a fine balance of being objective – so you’re not misrepresenting to the audience who are spending their hard earned money eating out.

After that I vowed I needed a better paying job to continue to eat and write objectively… The only way was to get back to being a corporate hound because lofty writer ambitions tend to only work if you have a spouse funding your pretty lifestyle – something not many admit – always painting an unrealistic picture on social media.

My husband gladly supports me in every way, but having once lived on my own corporate hound salary, it’s incredibly hard to live off my husband and a small writer’s wage. There is no such thing as a free meal and you risk burning bridges and ruining relationships by being honest to the audience. It’s a tight rope to walk.

The only time I ever asked for one press pass in Macau, I got rejected. Ouch! I wanted to go to Shrekfast – breakfast with shrek as I couldn’t find anyone to go with me. No one writes about the food as the focus is the Dreamworks characters. The show would make a great youtube video and social content.

Here’s what the PR responded and I have been gracious. I recommend it to all my friends who come visit with kids, I seed it to the media outlets who ask me about family travel but I haven’t been myself and yes 250MOP+ isn’t alot to pay but it doesn’t entirely fit into the “must do” category for me, so I would rather spend it on a nice lunch than eat mediocre panda looking buns. It’s all about the entertainment yo’!

“Sands Cotai Central has no suitability to media requirements.”

Whatever  “no suitability to media requirements.” means? This is a media request required for content and deemed suitable by media, so I have taken it personally as “go away, we are mean and small hearted and we don’t want to host.”

If it was cost related, it really wouldn’t have added a big dent to host 1 person or maybe 2 if I had requested for a guest so I could enjoy it together with a friend. Also, note that this was pre-crisis Macau. I don’t believe they have a full house daily, so why not suggest I go on a Monday when it’s near empty and the show plays regardless. I am not going to eat the whole buffet.

I understand the opportunity cost on weekends when it’s the busiest, but this is very small hearted PR way of handling things, working in public relations but clearly not very good at handling relationships. It makes me sad that they are not PR-ing the hell out of this to make it a full house everyday!

Anyhow, it’s only 250MOP+, first and only freeloader attempt unsuccessful. BOO. I’ll still give it ago just waiting on friends who visit and will come along.

Well, in today’s social media world – it seems free lunches and dinners are the way to go for PRs to hit their KPIs for press clippings. Nothing wrong with offering the free meals to collect the coverage for bosses and owners, but many don’t take the time and effort to qualify these Key Opinion Leaders (KOLs).

I am mad as a consumer because these freeloaders are taking up all the invitations, posting fabulous photos on their social channels, and then everything is “to die for”, “fabulous” and “delicious”, I don’t really get a sense of what the food is like – what the restaurant is serving?

Or the philosophy of the chef or food direction (otherwise it’s an exact copy paste of a press release in PR lingo that really doesn’t tell you much).

Because the PR around this is all well and positive with all the social Klout generated, I sometimes pay an arm and leg for the meal and it’s disappointing, It’s not just a waste of my time and money, it is also a waste of calories!

I don’t think the system is set to change as it looks like the new economy is such and everyone’s going to be relying on bloggers . I like endorsing products I like and supporting them even more by spending my money with them because it brings me much joy.

It makes me nervous and awkward accepting free meals – because what if it isn’t good? And what if expectations are that I must write something really lovely about it because there is an unspoken obligation to do so as everyone else invited does it?

You rarely see the same “KOLs” again if they had to pay their own way, so while you get the coverage, consider this – it’s completely off target, and you’re not going to be seeing your ROI because 90% of their followers likely aren’t your target audience.

So while the press coverage numbers look good, how much of that actually converts? I wish senior management would ask the question more often, I ask them on a regular basis to clients.

A friend in PR told me to get with the programme and be a qualified freeloader so I stop ranting about the great reviews I read and then paying hard earned money to be disappointed. The term itself is an oxymoron and frightens me.

And if I became a freeloader, then it’d just make me a hypocrite because I’d be obligated to write only the good things – if not negotiate that I would only post and write if it was good.

Well, I guess that’s jumping the gun a little, considering I never get invitations despite writing for reputable International publications. Yes, sour grapes. Ha. Only a little.

I once sat at a wine dinner mortified that these “KOL experts” couldn’t tell the difference between a chardonnay and a sauvignon blanc – I am far from a wine expert, but… the basics? Or the audacity to compare a Salon with Möet, oh dear.

I follow e-ting’s blog because she always puts a #byinvitation disclaimer when it is one. And she is bravely objective about it too. Like myself, she also pays her way around the world to eat, learn and share qualified food knowledge to keep up with what’s trending globally – basically someone who is genuinely passionate about food – not free meals.

And then there’s Diary of a growing boy whose wine lists makes my husband wide eyed with envy. He is someone who’s genuinely appreciates food, travels extensively for it and has the knowledge to judge, criticise and best of all, he also fits right in the demographic of the target customer because he is always a paying guest and when he goes invited, he uses the same invitation disclaimer.

Hong Kong’s  Spam 伍餐肉, an old friend who has his own food column in a magazine, is a restauranteur himself, with a wealth of knowledge (everything from seasoning a wok to spotting a fake Gillardeau!) and travels extensively just to eat, on his own dime. He gets plenty of invitations in China (strangely not Hong Kong and Macau) and turns them down!

Well sought after Wanrong , a very old friend from Beijing who is one of China’s top food critic, a published author (and one time food ambassador for the Singapore Tourism Board) who often times would rather pay her way when she’s travelling for leisure than owe any favours. I pull favours with her for clients and she does it at no cost. Her fees are something like 10,000RMB per weibo post. Fortunately she’s followed the husband’s career from Beijing since 2006 and is a genuine fan of The Tasting room.

Of course the husband has also worked for it, including the times in Paris where he had to speak Mandarin in a Michelin starred setting with Wanrong. Never in his life he’d expect to be speaking Mandarin in Paris!

What a funny media scape we have today and everyone exposing their lives on social media to feed voyeurism. I miss the old days of real food critics who often times took bad photos but were so good at their job with their expertise.

Ok, my rant is over. Not that anyone would read this long post. It’s all about pretty photos these days anyway, peppered with fabulously positive marketing adjectives. ;) What a shameless sour grape blogger I am!