I love Thailand and always happy to be back in Bangkok to catch up with old friend Tib, who is the amazing ice cream designer behind Icedea. You MUST check it out if you’re in the area, stop by for ice cream after visiting the exhibitions.

The Bangkok Arts and Cultural Centre or BACC is an interesting space. It’s often talked about as the Bangkok version of the New York Guggenheim. I see some similarities, but not entirely. I love the spatial distribution and awareness as you go from each floor. It reminds me of IM Pei’s Macau Science Centre. 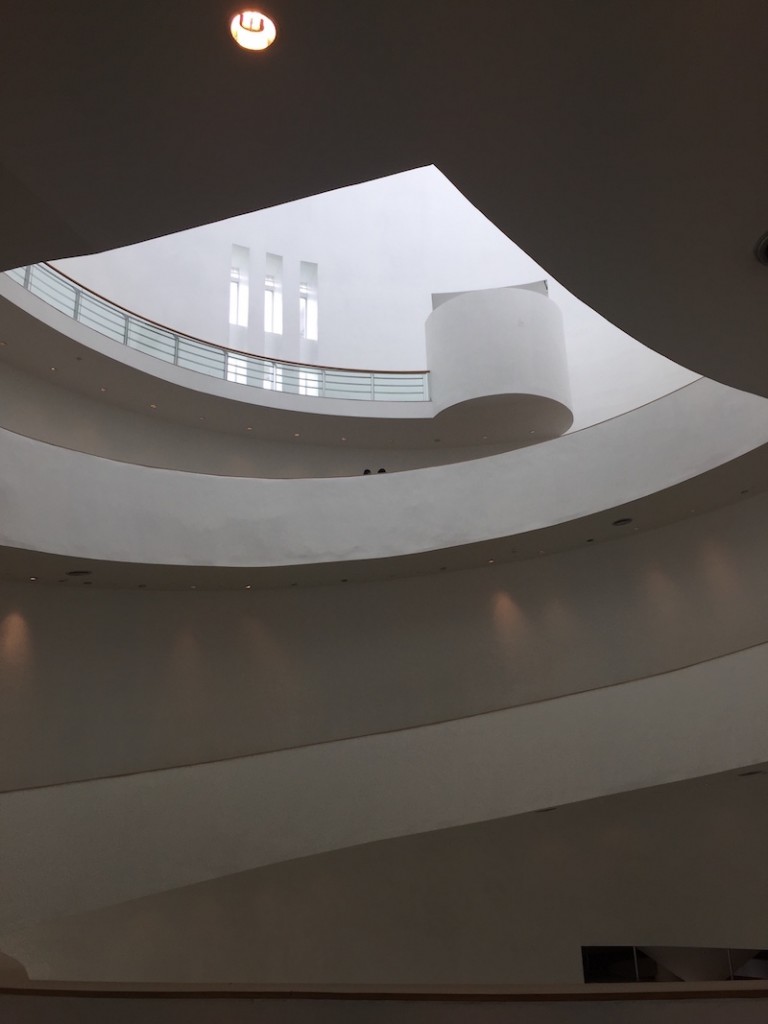 Lots of fascinating Thai artists on show at the BACC, here are some of my favourites. 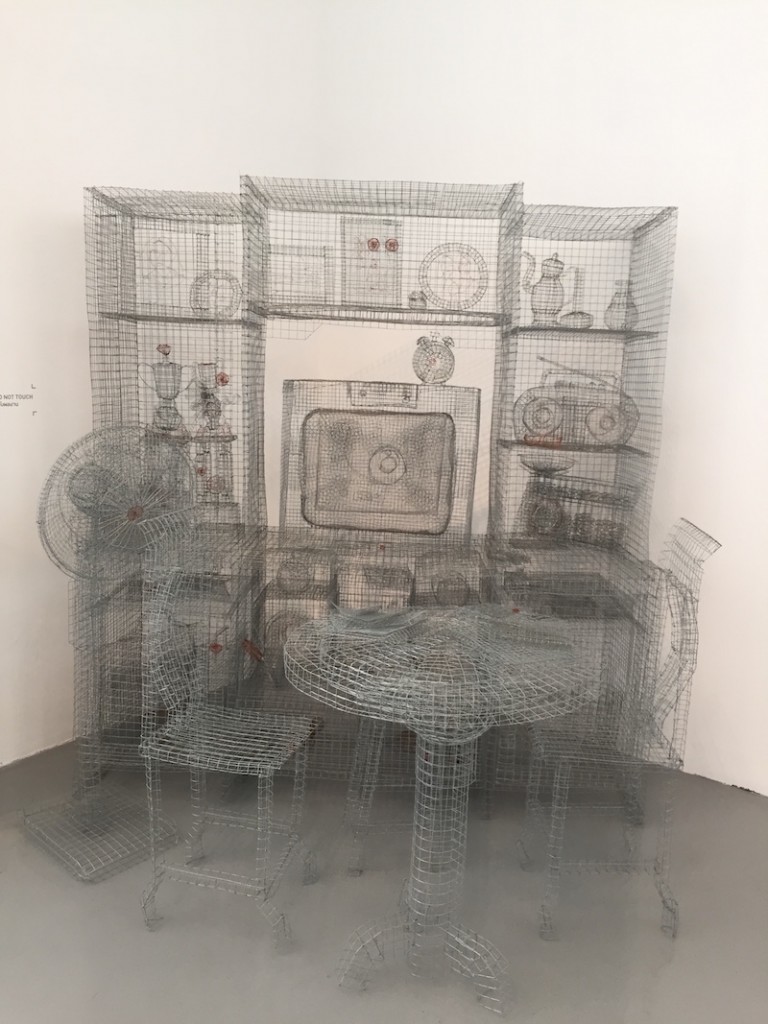 One of those odd masterpieces where you have to do a double take as the inflatable doll bride looks like the late princess Diana. I had to google her wedding dress and the similarities is uncanny. 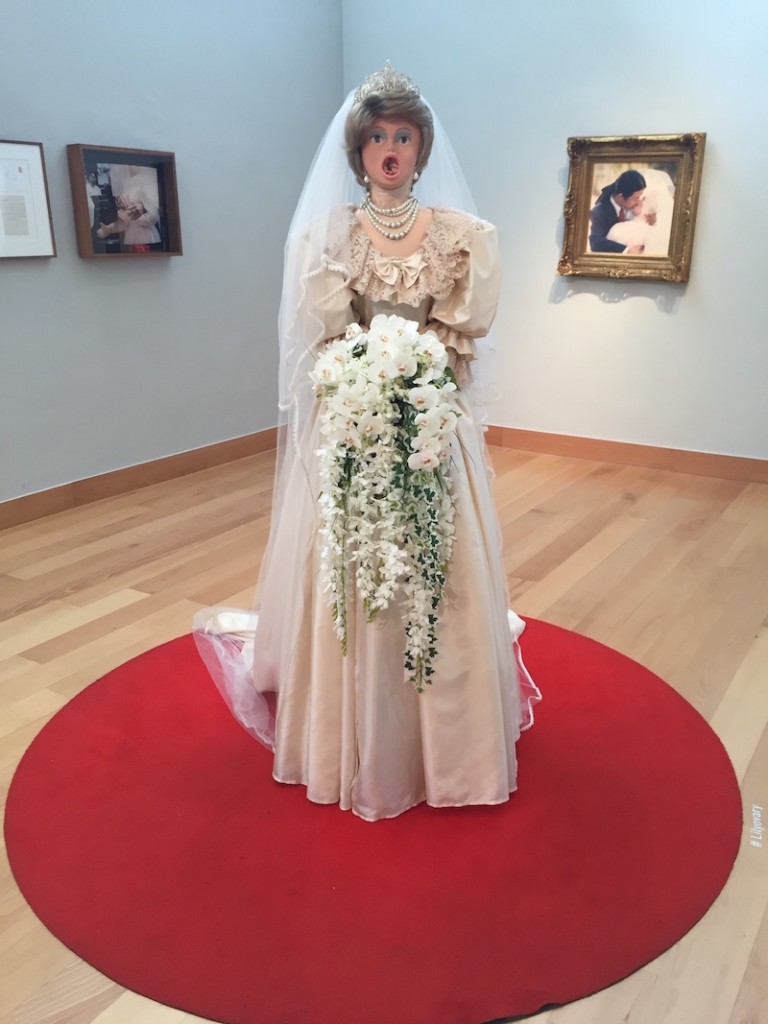 Loving this existential piece with debris 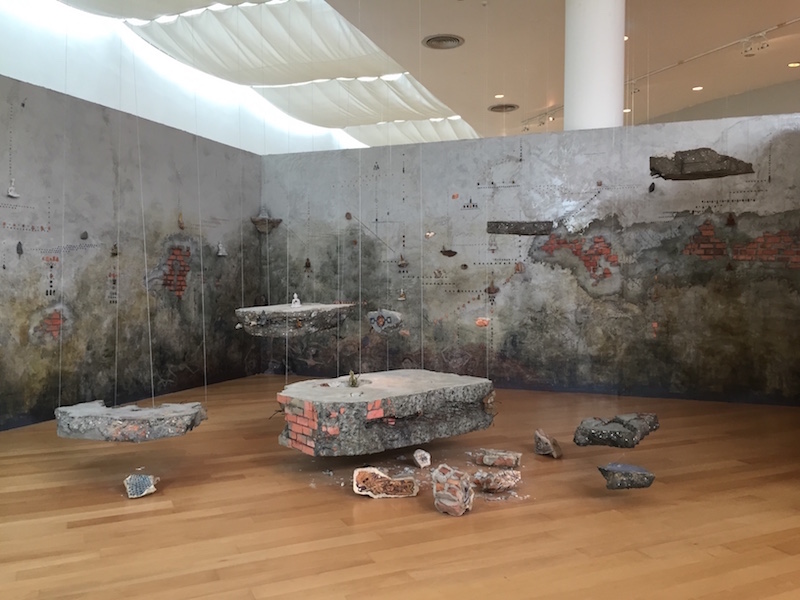 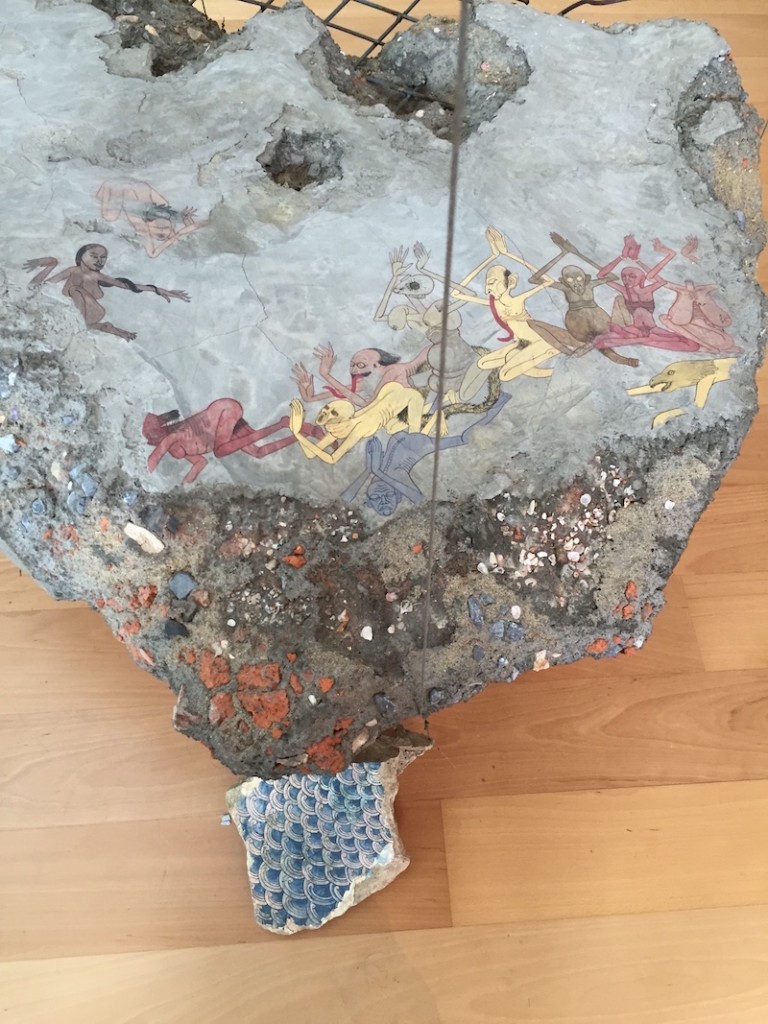 And here, one of my favourites by Thai artist Kamolpan Chotivichai – it’s some serious canvas cutting technique to create these flowy beautiful portraits on layered canvas. 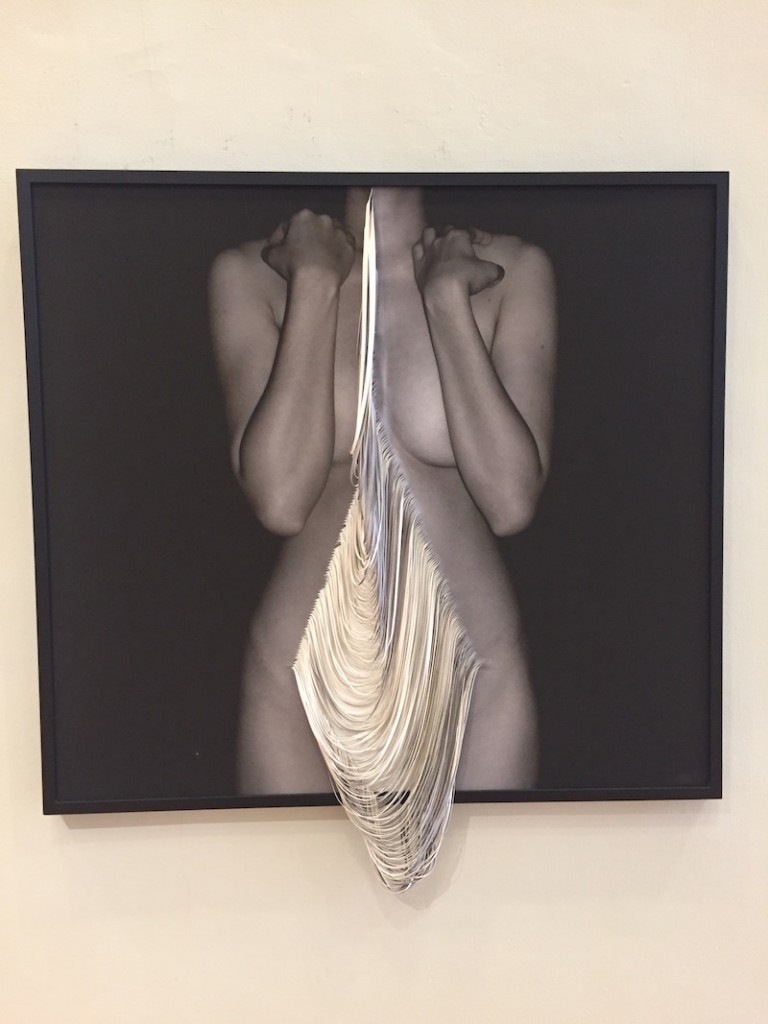 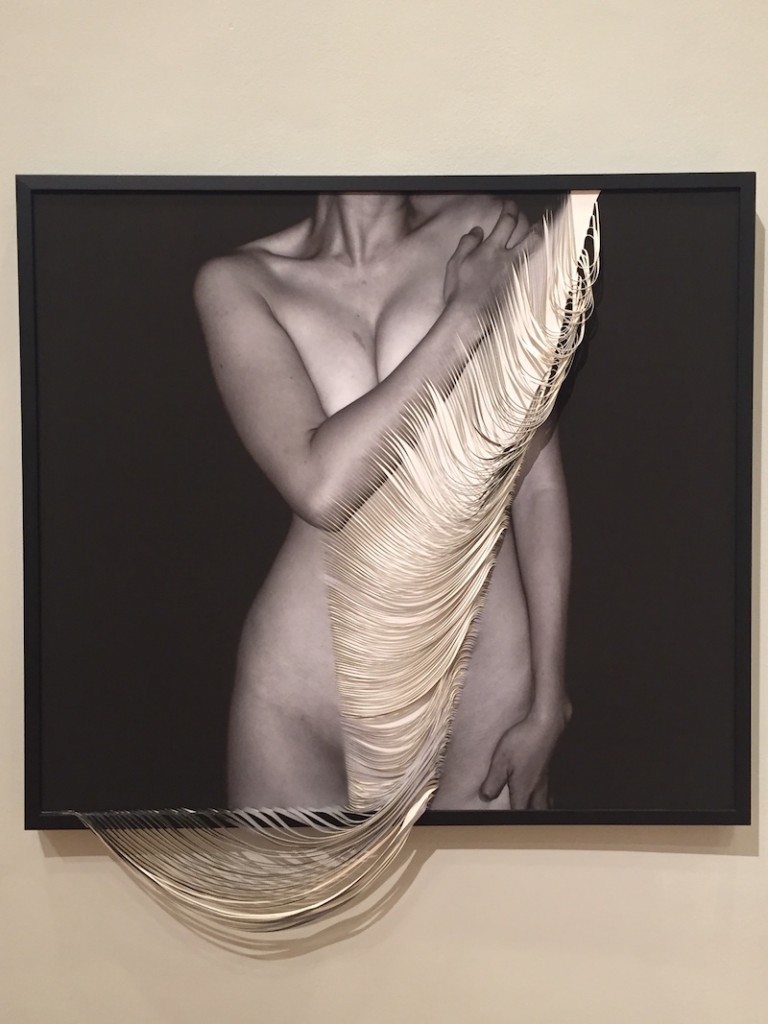 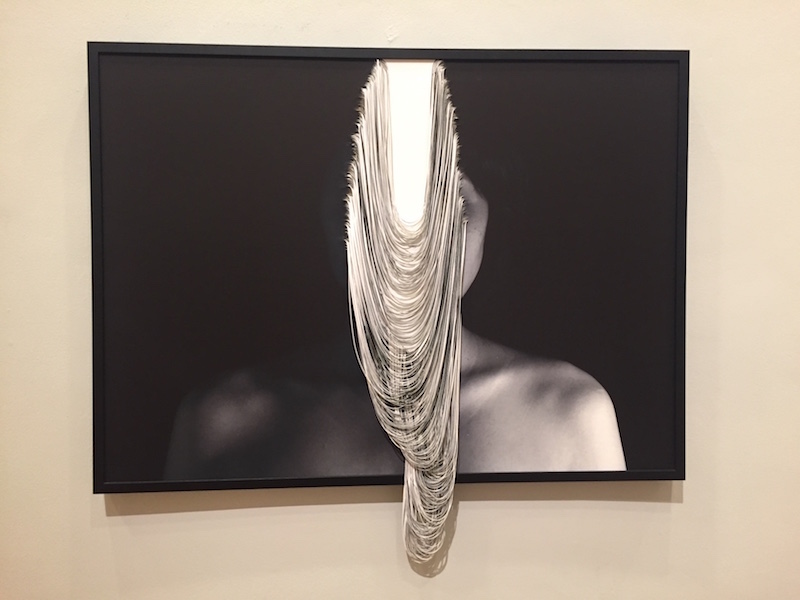 I did check as buddha heads and buddhas are revered in Thai culture given the largely buddhist population but the artist’s point was reinterpreting various forms of the buddha and also on car bonnets.

I found a little gap between the wall and installation so snuck in there. 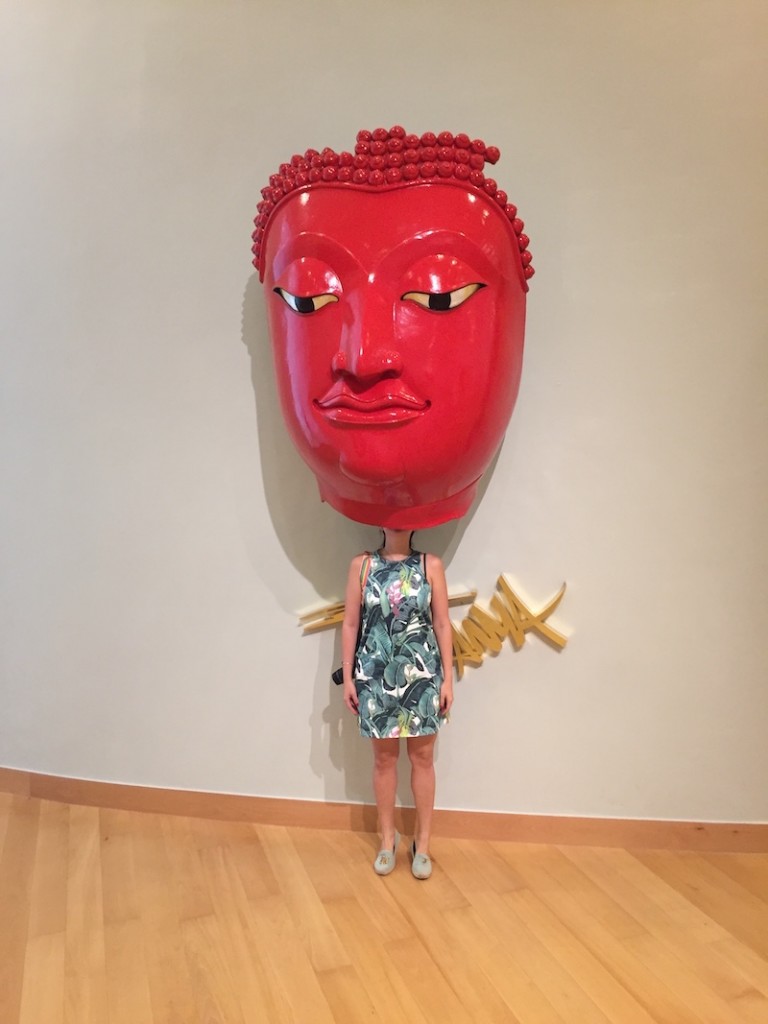 My other favourite from the collective show was Kawita Vatanajyankur’s video series that were powerfully provocative, sensualising the domestic chores of women and bringing to light the subjugation of women in society. 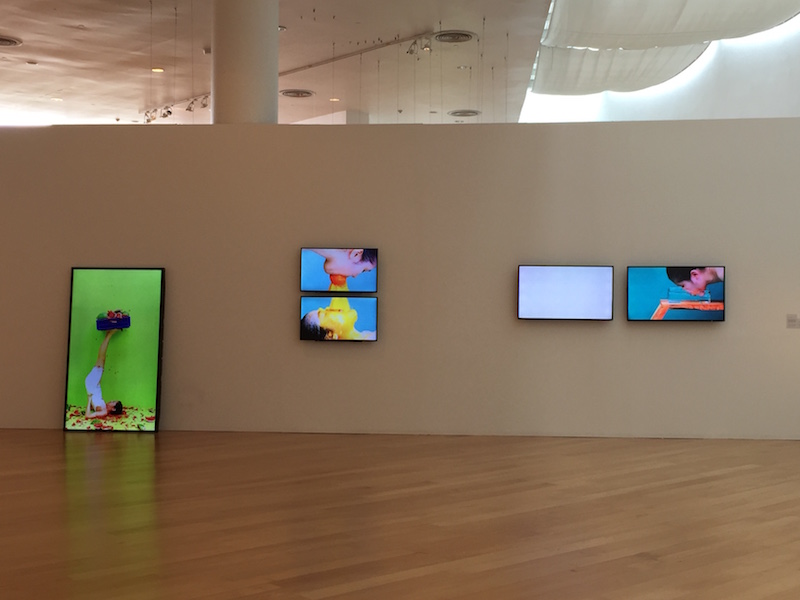