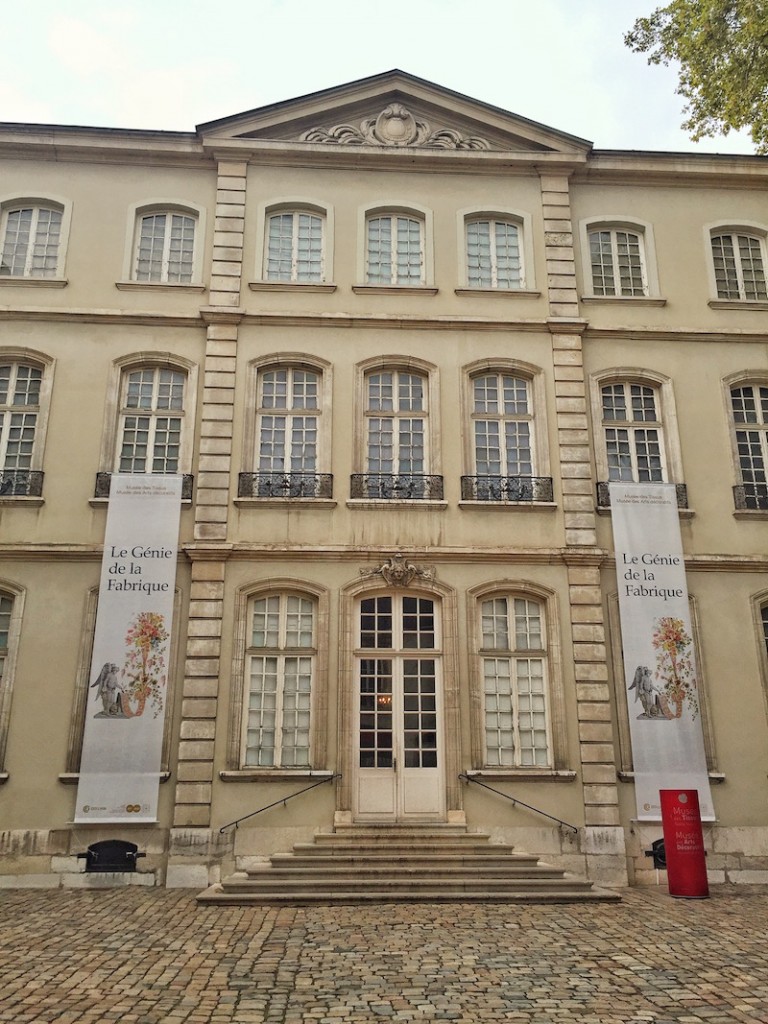 Apart from the gastronomic pilgrimage on our agenda to Restaurant Paul Bocuse, the textile museum was on my to-do list. Since I took up sewing classes this year. 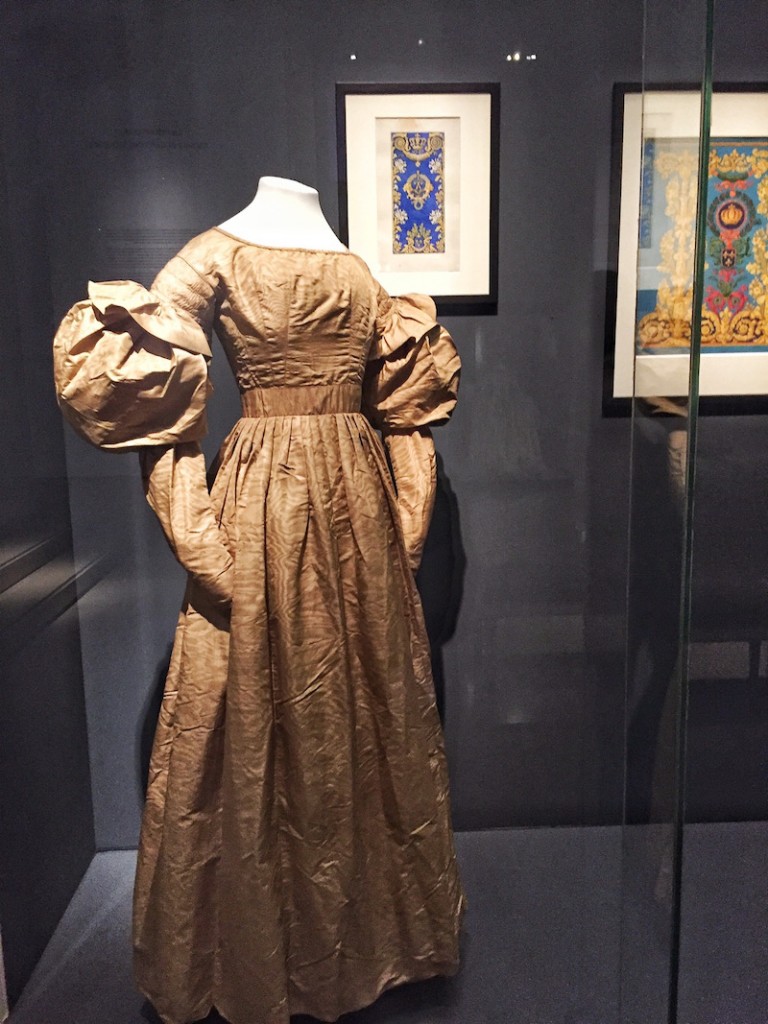 The Textile Museum was on the verge of closing down this year as funds were pulled out, I didn’t follow up on the news but it was still opened in October with it’s very old and fascinating collection of silks, brocades and embroidery – and needless to say, so much Chinese influence from the glorious trading hey days where exotic gifts came in the form of textiles, porcelain and spices. 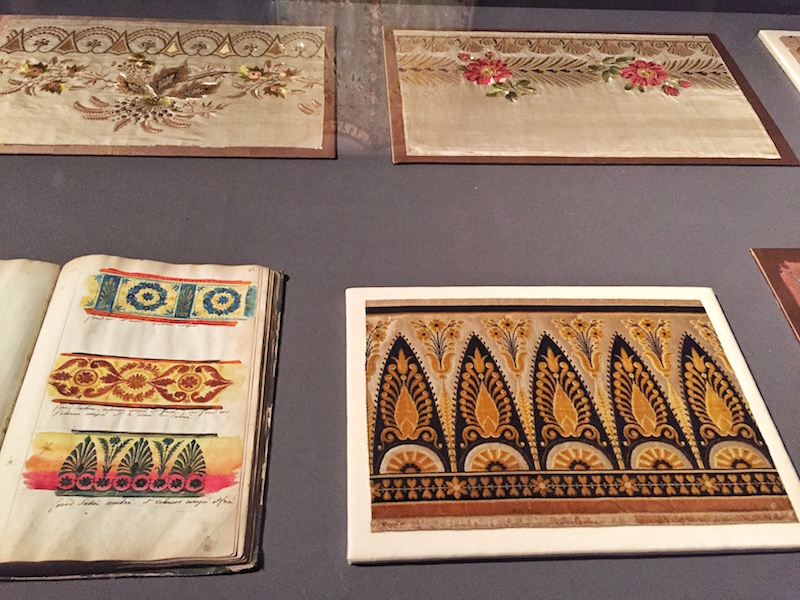 ” Lyon enjoyed for 500 years as the world’s pre-eminent center of silk manufacturing and trade. Starting from the early 16th century, Lyon lived and breathed silk. Even the French Revolution, which knocked out 90% of the industry, couldn’t keep it down. It was revived to its former status – even surpassing it – during the Napoleonic era. Not until the industrial revolution, in the 19th century, and the invention of synthetic fabrics, did Lyon lose its silky glimmer.”

On a much smaller scale of what you’d find at London’s V&A, I think the Lyon Textiles Museum is still very much worth a visit, a short stroll from Place de belle coeur.

Check this out, before Peranakan beading on fabrics, there was this in the 14th century! 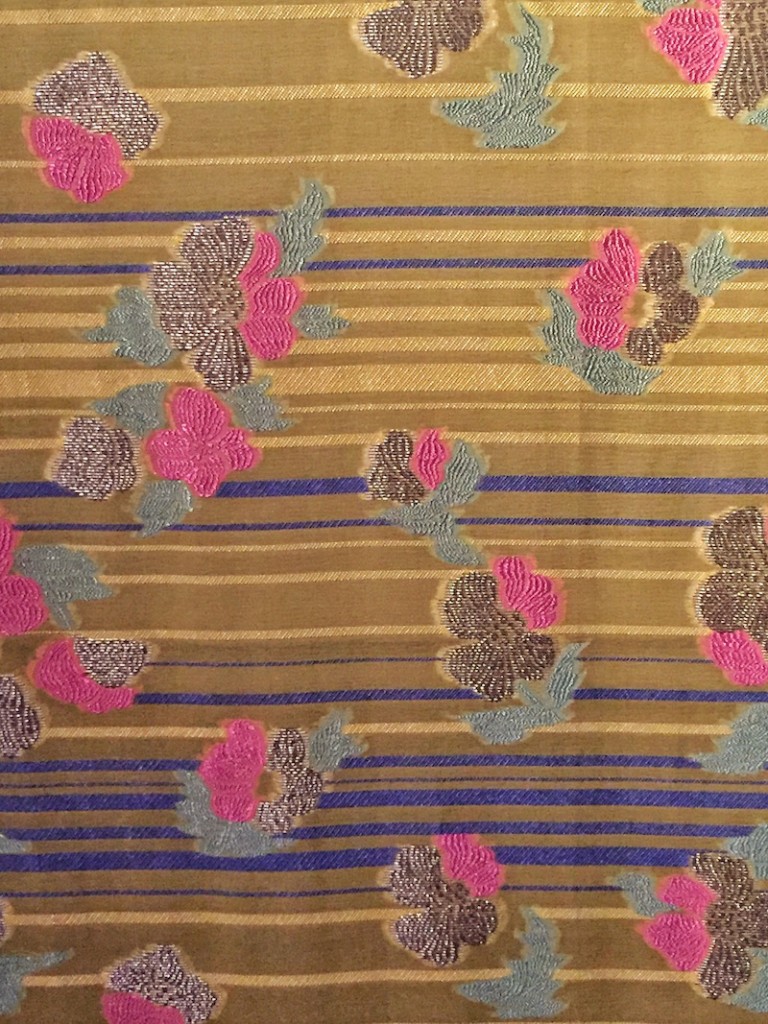 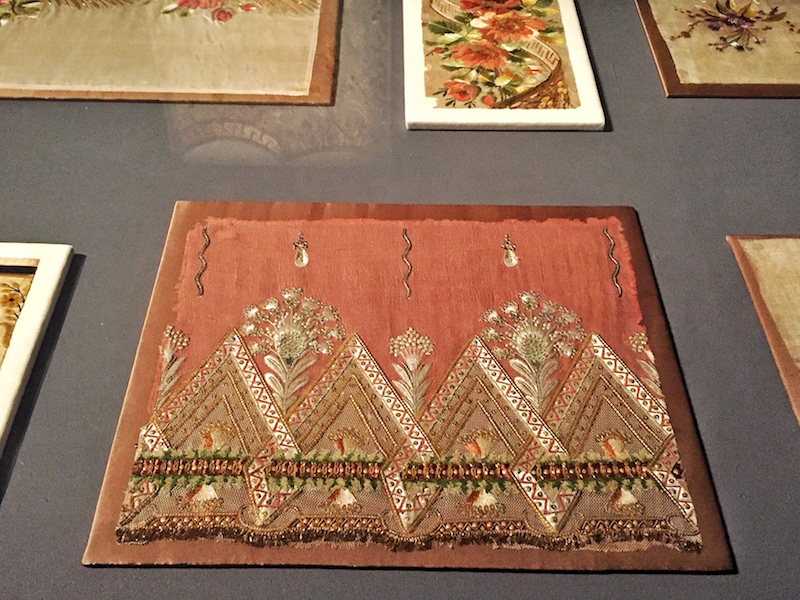 Art decoratif I didn’t like as much as very old antiquities isn’t really my thing.

All in in 8euros for an adult ticket, I’d say yes, it’s worth a visit if you’re interested in cultural and historical nuggets and have a big love for fabric.

There’s a contemporary room that was more the husband’s flavour, here we have Louis Vuitton’s monogram prints. 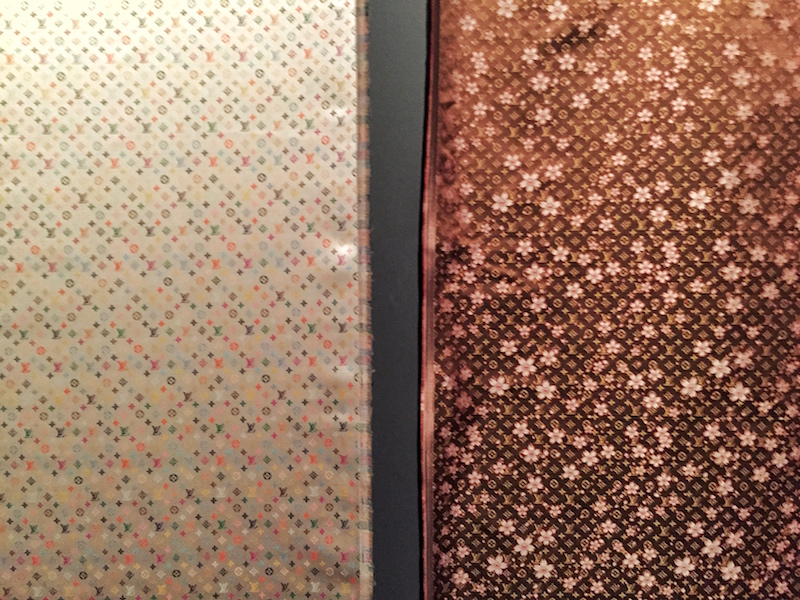 Well the Genius of Fabric exhibition is on until the end of this year, so if you’re in France, check it out! 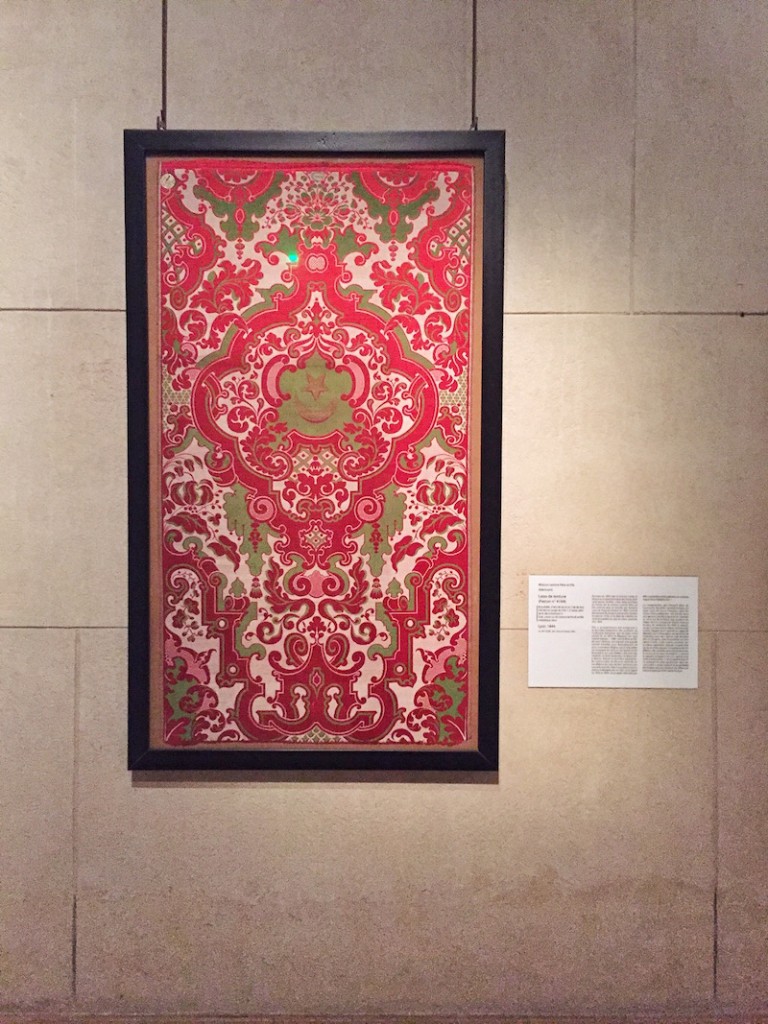 “This exhibition is a wonderful tribute to the City of Silk and to all trades associated with silk making, including the people in the lesser known trades who repaired the weaving looms, the embroiderers, card punchers and silk merchants. Superb displays of materials, dresses, draperies and exquisite motifs.” 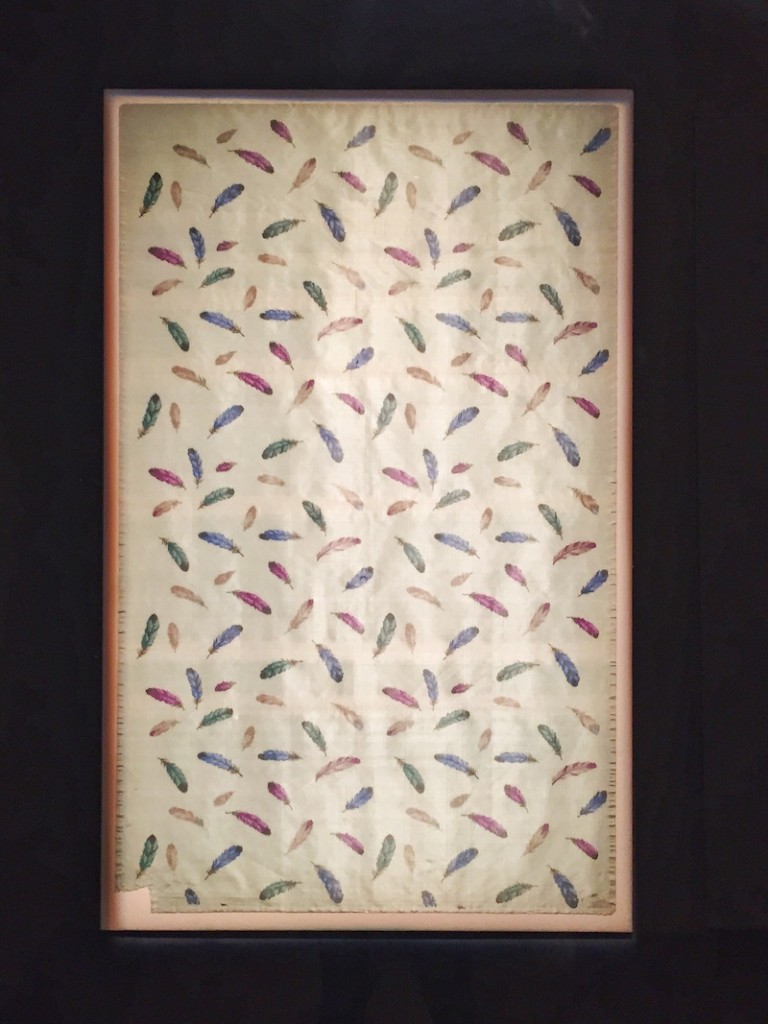 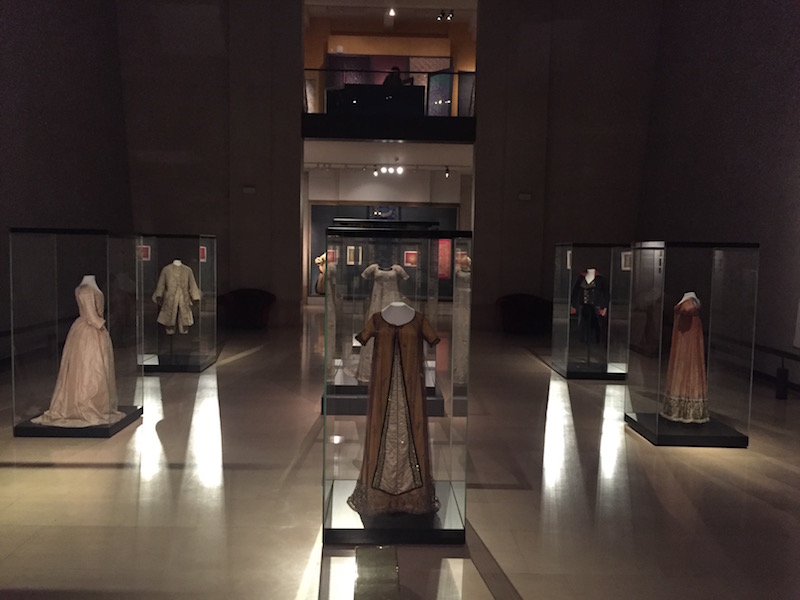 15th century butterflies embroidery, now you can see the same Chinoiserie motif on qipao dresses selling for cheap at Chinatown or wholesale markets. 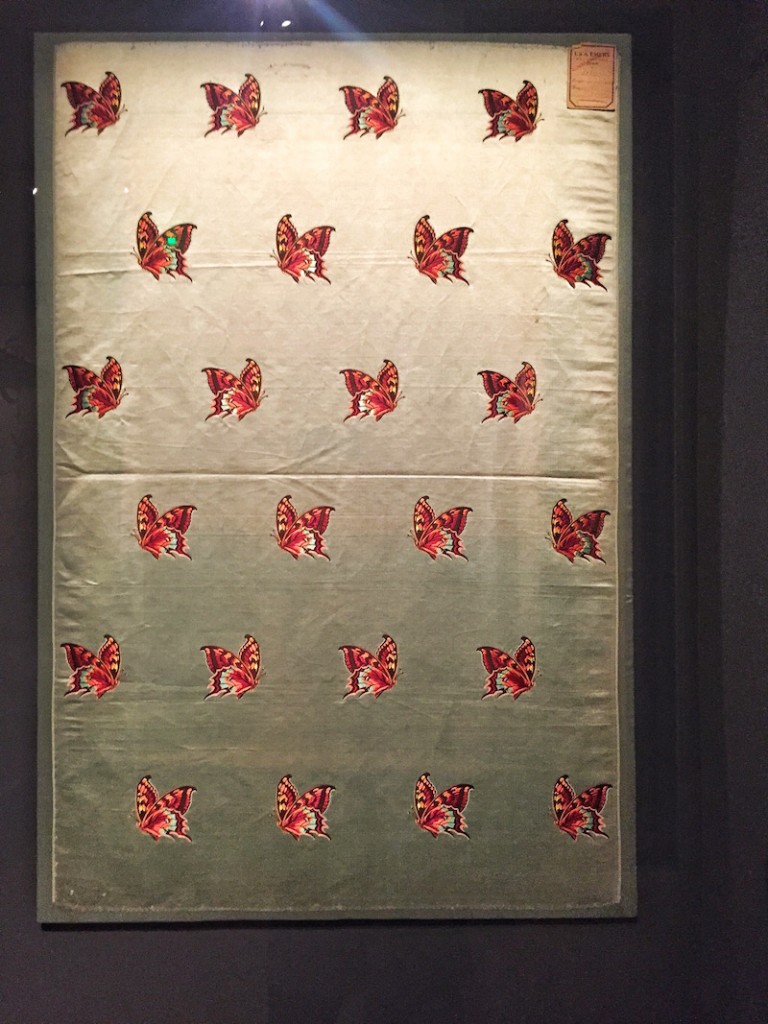 I LOVE this feather piece 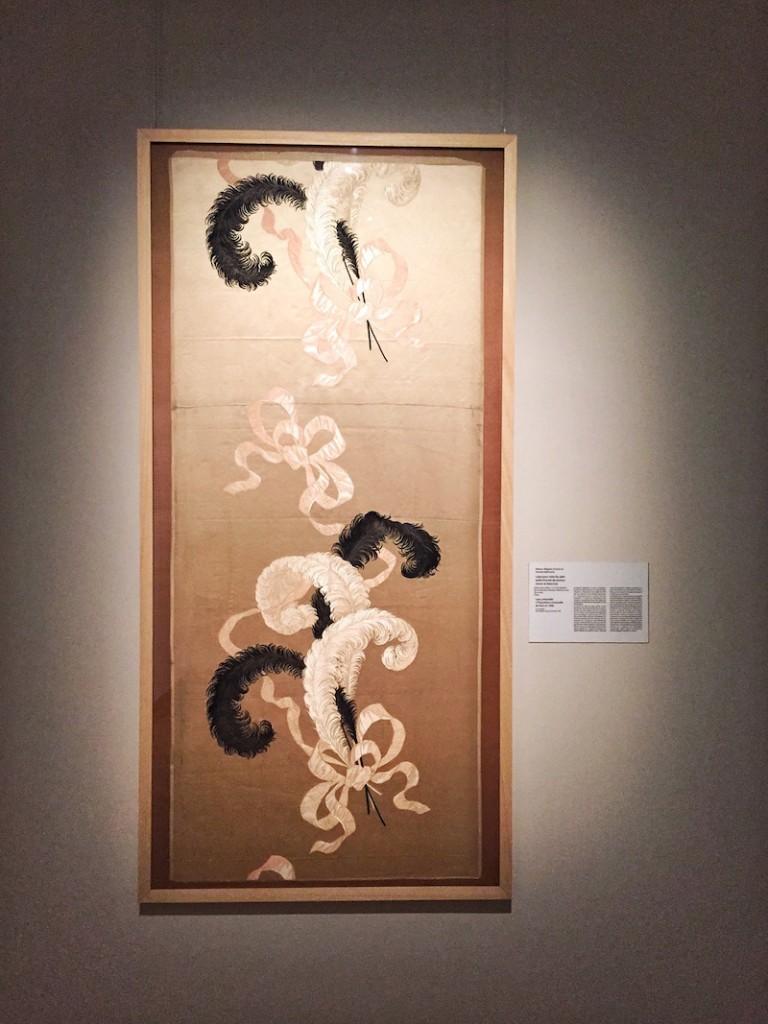 Doesn’t this remind you of Indonesian Batik Ikat? 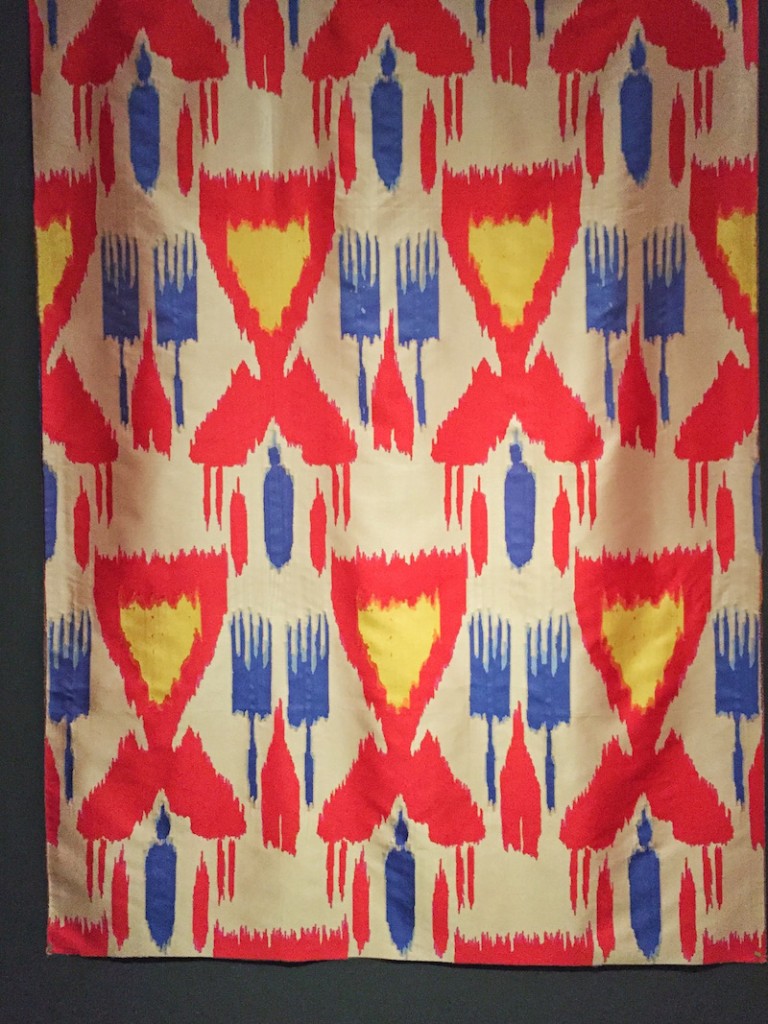