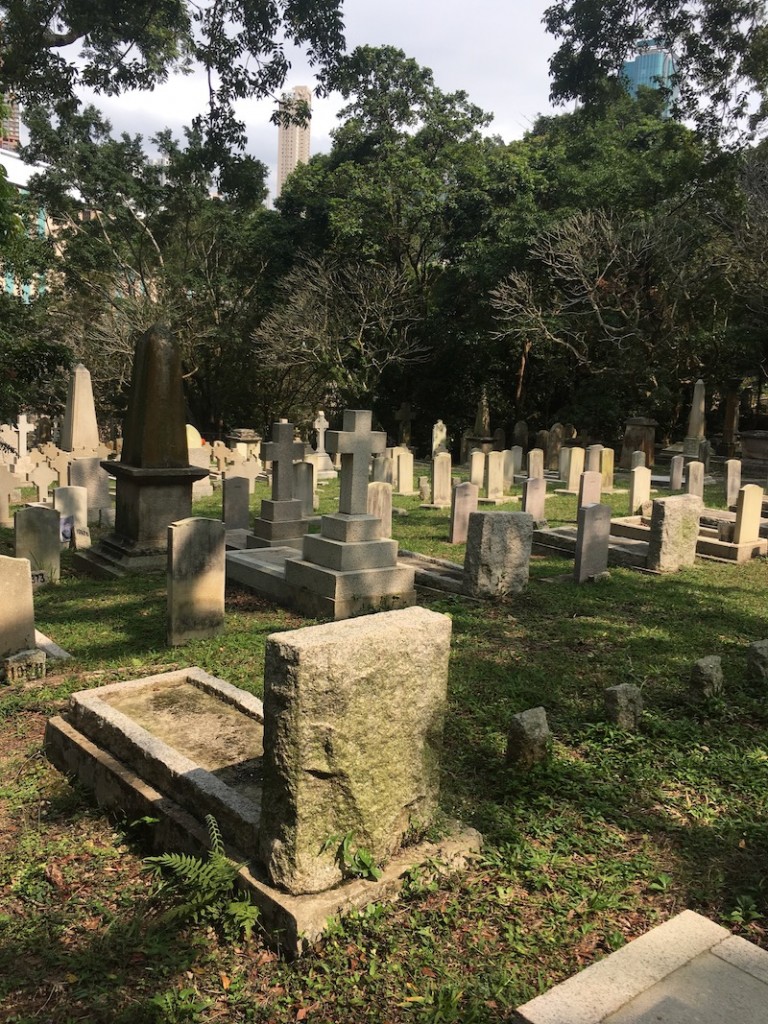 I had an amazing history tour of the Happy Valley cemeteries with historian Jason Wordie and cannot recommend it enough. He only does the tours for Hong Kong residents or people who grew up/worked here and have an idea of the city’s geography. So, unfortunately, the depth and breadth that he covers Hong Kong are not suited for tourists skimming the surface.

I first started reading Jason’s insights when my husband bought me the book on Macao and had since exchanged notes, quoted Jason in some of my articles on Macao when I needed a historian authority on specific places and culture. I love how the styles and designs of gravestones reflected the fashion and architecture of that era and just by a glance you’d have an idea of 19th or 20th century graves.

It’s interesting to note through the cemeteries walk that the Portuguese influence and Macao trickles into the fabric of Hong Kong society, particularly that of mixed children (often times illegitimate) and the growing community of the Eurasians that used their Euro and Asian descent to their advantage when they needed to work either side. How Eurocentric surnames were also changed to Chinese ones from phonetical translations. How Bosman became Hotung, or Maclean became Mak etc.

Some of my favourite anecdotes include how the Happy Valley Cemeteries doubled as a Botanical gardens outpost where it was a trial and error of planting different seeds that arrived from ships to see if they grew in the climate.

It’s also odd to see the odd coniferous pine, in particular, the Norfolk Islands pine that was planted as a navigational tool – so that sailors could see from afar a rough idea of which direction to head towards the island. And the tall skinny palm trees with leaves that doubled up as an easy fix for raincoats for the passing tropical downpours.

Similar to the stories we’re often told about Singapore that it was a swampy fishing village and not much else, it was a port of call and centre of trade and commerce in the 19th century. Hong Kong had an industry of sugar refinery (Taikoo / Swire), salt and even at some point engraving marble gravestones.

I truly feel that in order to move forward to the future, we need to keep looking back at our past. How everything made sense and was sustainable, with minimal waste. Expensive Chinese porcelain made their long voyages on ships to Europe and American packed safely and tightly with sago (tapioca flour beads) and when it arrived, the sago was sold at a negligible fee to the poor as it was starchy and nutritious to feed bellies. How ingenious and way more environmentally friendly that styrofoam packaging that we use these days!

I always wondered about rattan cane furniture that made it into European designs when it was predominately a south-east Asian plant. Those Brentwood classic chairs? When tea (by way of India) was shipped to Europe and the Americans, they were packaged with rattan so there was an air passage between the tea blocks so that it wouldn’t get mouldy on long voyages. They ended up in other parts of the world and given its hardy characteristics as a material, they were also turned into furniture. 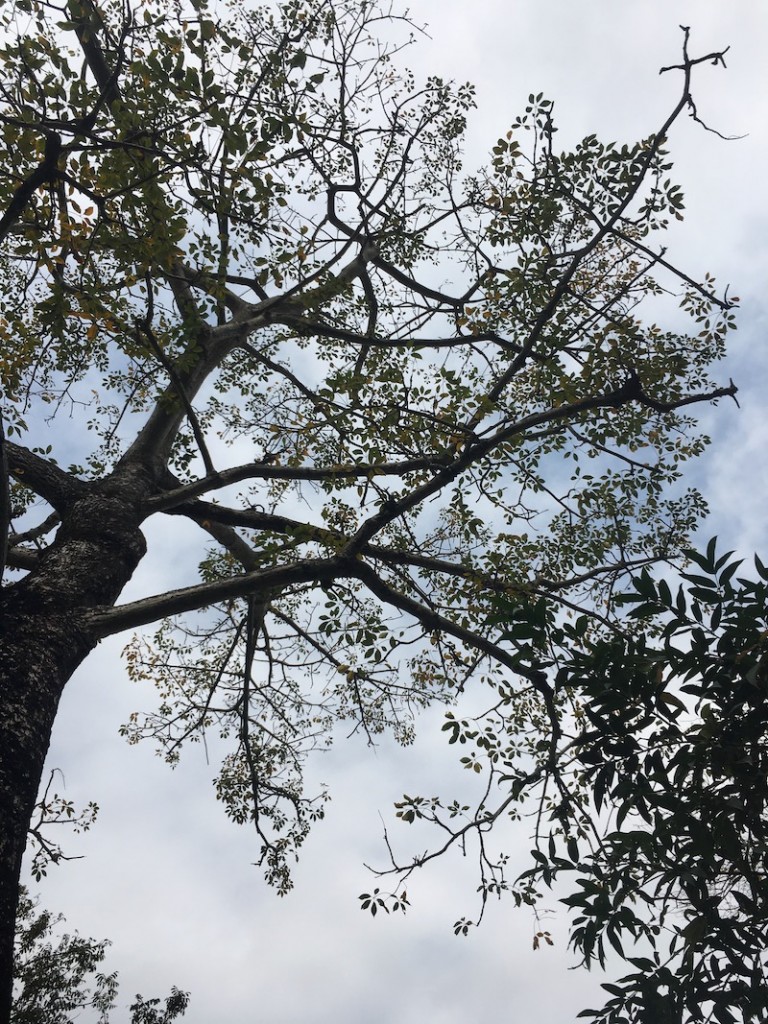 I didn’t realise the Kapok tree would grow here. The pods and their cotton like fluff were hypoallegnic and used to stuff pillows and lifebouys in the 19th century.

I am looking forward to the other walks around Hong Kong.