Short Story: The Misadventures of Bob 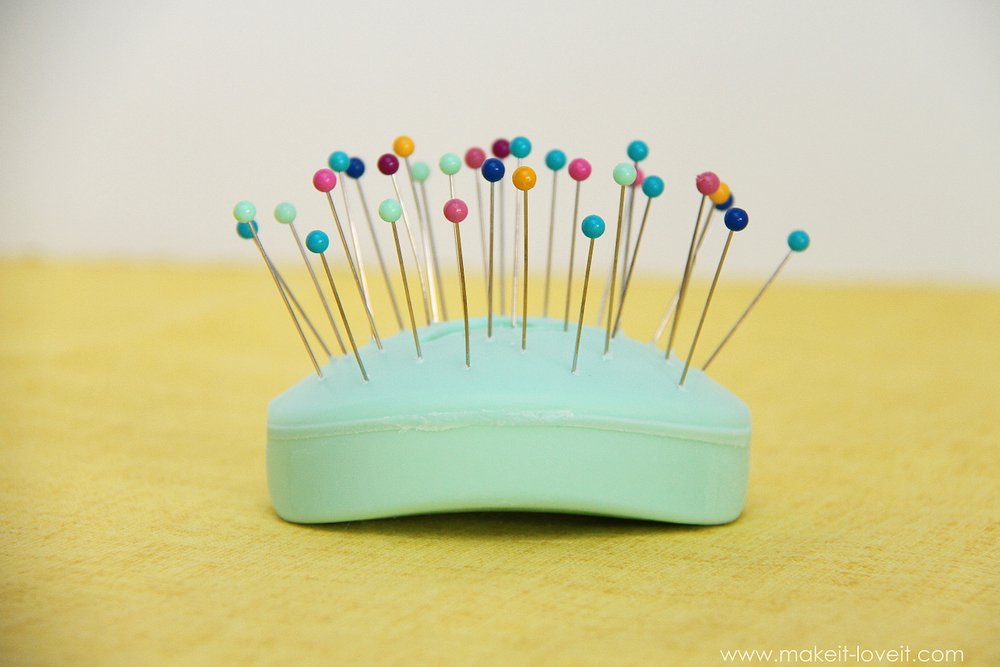 Bob was a distant relative of the bobby hairpins, but his mother called him Bob for his prominent bulbous blue head that distinguished him from the regular pin crowd. He was taken out of a sewing kit one day and carelessly placed on the cork notice board to join the other regular stationary pins to hold up miscellaneous pieces of paper. He felt good about himself, as he was so useful that he served different purposes other than just holding up the hem of pieces of cloth like everyone else. He felt special.

Initially, he felt ostracised as the other pins started to make fun of his oversized, rounded head. His azure blue, shiny plastic head stood out like sore thumb amongst the other sleek pins; they stood tall and dignified, handsomely accesorised with their top hats and slender legs.

Bob was very diligent and sometimes appeared over enthusiastic to perform his tasks as well the other pins, or even beat them at it. He knew he was different, after all he came from a sewing kit and it was a constant intense competition with the other stationary pins. He would always thoroughly read the notices that he held up, so he could keep ahead of Suzie’s schedule. As Suzie had just started primary school, she started to put up more notices of new poems she’d learnt, drawings from art class and her school timetable. Bob knew the little girl’s timetable all by heart. He was jealous of the neighbouring pin because he got to hold up Suzie’s photograph of her recent kindergarten graduation party. How sweet she looks in her little uniform, holding up a little scroll and smiling to the camera. Over time, he tried to gradually inch himself closer to the photograph without losing his balance. It took immense effort, but he made little progress to the other side of the board.

It was an ongoing competition amongst the pins, vying for the attention of the little girl. Some were lucky, given their vibrant hues; they looked like little candy pieces on display hanging on tightly to the board. Like all children, she loved colours — the brighter the better. Fortunately for Bob, Suzie’s favourite colour was blue and she tended to use him quite often to hold together loose sheets of paper when she didn’t have enough pins because to her, he was the special pin, different from the rest. And given that his leg was longer than the rest of the pins, he could hold together a thicker pile of paper and secure it tightly to the notice board.

At the tender age, she had learnt the habit of being meticulous and organised from her mother. She placed the pins in a colour-coded manner, on different corners of the board. Bob stood out from the rest, given his strength and ardor, he functioned individually. Sometimes he had his moments of authority, he felt like an army general that lead his troops of pins to fulfill their destiny in the paper chase. Given his attentiveness towards the papers that go on the board, he took the liberty to order the pins around to make a little more room for each other, and to fully make use of the space on the board.

The other pins mocked him incessantly about his big head, and how his leg was longer than the rest of theirs. In fact in mandarin, he was aptly called 大头针, the “big headed needle”. They called him a bastard child, a freak, a mutant and would frequently scream at him to go back to where he properly belonged— back into the sewing kit.

Little do many know that the light knocking noise on the notice board was not of papers lashing against each other on the notice board on windy days, but rather, conversations and arguments taking place amongst the pins. Last night, she had placed him in a corner without a purpose or any papers to hold up as he lost his balance while trying to challenge the neighbouring pins on how much paper he could hold and how far he could leap the day before.

The pins had a training routine to outdo each other. Everyday, each one would try to challenge themselves to move a little further away from their spot. Their greatest challenge was to come together to form shapes and patterns on the notice board like Olympic synchronized swimmers. But judging from the form they were in, they needed a lot more practice and coordination with each other.

Bob was left out of all these activities because they saw him as foreign, and undeserving to join their team because he looked awfully different. In his isolation, he decided to distract himself from the loneliness and to focus on garnering ideas to win the affections of Suzie instead of partaking in the petty games of his fellow stationary pins.

Then, he had an ingenious idea to try to win the attention of Suzie on a daily basis; when she returned home from school, she would put down her haversack then take a glance at the notice board for her checklist of things to do. He waited for this opportune moment everyday to jump out of the board and fall on the floor, so that he could relish her tender, small fingers gripping his head and plunging him back into the notice board, as he wedged himself carefully on before attempting to fall off again, going for round two of affection. That sent shivers down his spine and he really enjoyed the daily dose of this ‘exercise’. He relished the moments for as long as it lasted. And he knew that he had to keep working on new ways to hold her attention.

Exhausted from his ‘standing broad jumps’, he took a nap and fell off the board again by mistake. His vigilance was compromised as he became obsessed with his sole objective. Before long, Suzie started to use him less and less thinking that this pin couldn’t and didn’t function properly as it kept falling off the board so often. She first left him in the corner, unattended before leaving him to lie, cold and alone on the table. She had decided to stop bothering about picking up the stupid pin that wouldn’t function anymore. In her frustration the other day, she had plunged him forcefully into the corkboard, accidentally bending his leg with her application of immense force.

Bob cried out so loud it shook a few pins off the notice board and grumpy Suzie picked each of them up and stabbed them impatiently back onto the board. Well, the battle for Suzie’s attention culminated to a rather unpleasant end.

Holding very still, Bob wept at his own demise. He wanted to go home, back into the warm sewing kit and bury himself in the tender affections of rolls of cloth.