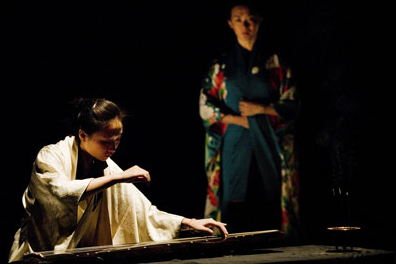 The Closest – The Furthest

Jin Xing had an illustrious past before arriving at this remarkable point in her career. Born a boy to Korean parents residing in China, Jin Xing discovered his love for dance when he was 6 years old after watching a dance film. He was determined to dance and came to a compromise with his parents where he agreed to joined the People’s Liberation Army (PLA) and the army’s dance company- then China’s best as only a handful of revolutionary propaganda operas were permitted during Mao’s reign. There, he rose to the ranks of Colonel as he continued to pursue his passion for dance. He went on to become China’s best dancer and was awarded a scholarship to study in New York. Some years later, he set out to Europe. He became increasingly sure of his desire to become a woman. At 27, he underwent 3 operations to become a woman. She hasn’t looked back since. Today, Jin Xing is happily married to a German, Heinz-Gerd and adopted 3 children. She has also published an autobiography, Shanghai Tango: A Memoir

Where did you get the inspiration for this piece?

In today’s modern society, our daily life is stressful and constantly occupied. We need to find a way to calm ourselves down. I know that for me yoga isn’t relaxing, so I tried learning how to play the Chinese traditional instrument that I used in this choreography: the Gu Qin. I was always fascinated and interested in it. I started taking lessons and studying the history behind this instrument. I felt that it could be the perfect drawing of Chinese culture. While I was learning the Gu Qin, my 6 year-old son was learning calligraphy. It all came together and I decided to combine both elements in my piece because they were both deeply connected with Chinese culture.

Why did you select this theme for Underskin? Was there a particular connection or did you just create it?

When they asked me to perform for a solo work this year at the Biennale, I could have perhaps drawn from my previous performances and reworked it, but I wanted to create something new. For me, ‘Underskin’ is a theme that has a lot of connotations and there is a lot to tell. For us dancers, we’re dealing with our bodies every day. We sweat a lot and our pores open and close. We’re very comfortable and aware of our bodies but we’re less sensitive with our skin, because we overuse it. There are at least three layers of skin: the texture of the body, the clothes, the environment. Skin is whatever information exchanges go through. This is what I thought about before creating my performance.

Why did you add some narrative and a strong layer of theatrical elements in the performance?

This piece is very personal; it wasn’t something that I just simply put together. I express everything I feel aloud as well as physically through dance. I wanted to communicate to the audience, to connect personally with them. I need to express whatever I feel. This is why in this performance I’m always walking around. In Shanghai, everyone is always in a rush – there is no opportunity to stop. I draw a lot of ideas from my daily life and put them together, so every night at the performance, I am saying different things. Both movement and narratives are different every night as I improvise, getting inspired by what I’ve done during the day.

The title ‘The Closest- The Furthest’, seems to refer to multiple elements in your performance. Aside from Chinese history and bodily expressions, your acting brings you closer to and further away from the audience. How does this work?

The piece starts from the formal setting of a storyteller and I’m sitting in the traditional clothes before I shed the costume and dance, start speaking to the audience directly. Sometimes I break the performance screen and start talking to the audience as if to a friend and sometimes I am acting. This in-and-out role-playing is very interesting for me, it’s like giving the audience a direct experience of the closest and the furthest.

This performance speaks a lot about China: deeply traditional and ancient, yet very modern and contemporary. How do you think these two souls of your country can match?

Modern and traditional in China, are two things happening at the same time and influencing each other. I am living in the modern era, but I am also in touch with my roots. The traditional history comes from a culture that we don’t recognise today. I am interested in working on the past influence on the modern time: that’s why I chose the Gu Quin and calligraphy. After this piece, I would like to work again with ink and calligraphy, analysing the daily rhythm of life reflected in writing in difference spaces and eras. I find handwriting very interesting – from that you can tell a person’s character, while there’s no feeling in typewriting. In the way we write today, there’s no personality at all.

You said that you only conceived the performance here.

All the ideas, music and concept were created in the studio but we had no lights, no time. My lighting designer, whom I’ve worked with for a long time, conceptualised the lighting so that the stage would be divided in different spaces. I’m very used to working with her, we communicate and interact with each other. I take charge at first and in the later half she takes charge by dictating which light goes up on stage. We both want the audience to be made aware of the space and not just sit there to watch the performance.

Have you created pieces on the spot? Does it make it more immediate when you relate to the audience?

Yes of course. With my instincts, before the performance, I get different feelings and I make changes to adapt to the space.

Any new projects in the pipeline?

I’m thinking to work on the circle of reincarnation: the previous life, this life and the next life. People often talk about it, whether you’re superstitious or not, it exists whether you go to a fortune-teller, read horoscopes or astrology. This circular structure fits in perfectly with Chinese beliefs – everything has to be full and whole, like a circle.

This interview was a collaboration with Annalisa Merelli 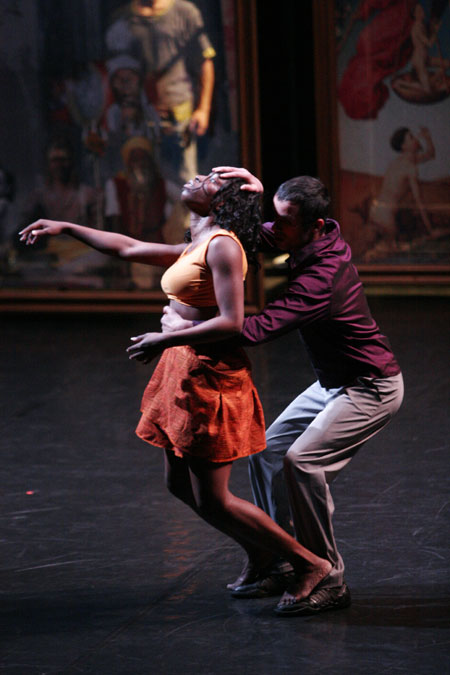 Accrorap is a dance company led by Kader Attou in artistic direction and choreography and Gill Rondot for administrative direction. Their performances often tell a story, provoking emotions and transcend cultural barriers. Kader was born in the suburbs of Lyon to immigrant parents from Algeria and continues to question ‘white’ contemporary dance with his choreography. Today, Accrorap merges hip-hop rhythms with traditional dance art forms, encompassing the universality of the world.

For the theme of ‘Underskin’, where did you get the inspiration for the conception of this piece?

We didn’t conceive this piece for the Biennale. The organizers heard about our project and invited us to perform this year. We’ve had this project for one year and our company made different performances with foreign dancers. We worked with Brazilian, Indian and Algerian dancers. Kader wanted to put together something that reflected the different cultures, a dialogue about sensibilities and spirituality. Then he had the idea to put together a mix of the different cultures in a dance.

Was it difficult mixing the different cultures, while being very careful about keeping the individual elements?

Yes it was, because we have to respect and capture each personality and its culture. It was possible because the meaning of this piece is not a dialogue between cultures, but of something more universal. Kader told his story about humanity and all the dancers bring themselves and their own personality and self-expression into the performance.

What about the set design with the mobile mural? How does it enhance the performance?

It’s an adaptation from an old painting, ‘The Last Judgment’ in the Christian tradition. We made a modern version with pop art elements, representing a myriad of cultures in today’s society.

And for the music? How did you manage the composition that gave hip-hop a twist with its mix of other genres like Indian and Arabic?

The music was composed by Philippe Jacquot, a French composer.

Do you keep the same dancers for the same performance pieces?

No in each performance we have different dancers. We worked with the dancers separately in pairs before, but for this performance, we brought them altogether.

It’s a scene we see every day on the streets in the city, a racial mix of people doing their own things. And this performance brings together the foreigners, each with their cultural baggage and way of doing things, merging themselves into the daily pace of society. It is nothing special, you see this situation every day all the time. Here in this performance we explore the ‘human condition.’