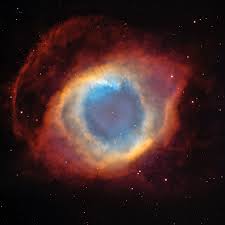 This is a story I wrote on mooncakes for the Commonwealth short story competition.

As a child, I always thought God was an invisible giant and he watched over us with his only eye like Cyclops and slept in cycles as it took at least 15 days for him to close his eyes.

Every 15th day of the 8th month of the lunar calendar, it was his birthday. He would be exceptionally happy and the moon would be full and round, lighting up the entire sky. My brothers and I would celebrate his birthday for him by eating mooncakes, a delightful small cake made of flour, stuffed with sweet lotus seed paste with a salty egg yolk buried inside.

To me, mooncakes were God’s birthday cake and all of us celebrated this grand occasion with these mini cakes that came in ornate metal tins, arranged in four. It was almost a reminder that he is omnipresent and always watching us with the salty egg yolk buried inside the mooncakes.

For years, I refused to believe the legends that others told time and again during the festival, because I knew that I was right and from my daily observations of the moon; the other legends didn’t make sense as the moon would wax and wane, and the only reason I could think of was because God takes a while to go to sleep and for every cycle of the moon, he goes to sleep, slowly closing his eyes. Due to his enormous size, it took more time and energy to close his eyes to go to bed.

The mooncake festival is celebrated every September where the moon is the fullest and brightest on the 15th day of the lunar calendar. The tradition of eating mooncakes and carrying lanterns sprung from many tales and legends. Popular belief was that a very beautiful lady, Chang Er lived in the moon after she stole the elixir of life and floated up to the moon. The nebulous portion in the moon is said to be the silhouette of Chang Er and her pet Jade rabbit.

It all began thousands of years ago when the earth was in a state of chaos when there were 10 suns in the sky. All were the sons of the Jade Emperor, the ruler of heaven. As the 10 suns circled the earth together everyday, rivers dried up from the intense heat, leaving the ground barren causing the people on death to die of hunger and thirst. The Jade emperor watched this destruction by his sons and sought help from Hou Yi, a famous archer to shoot down all the suns, except for one.

In reward for his bravery and job well done, the Jade Emperor gave him an immortality pill. His wife, Chang Er discovered the pill while he was away and swallowed it out of curiosity. She then flew to the moon and never came back. Nevertheless, she was not alone on the moon. Despite being separated from her husband, she had a jade rabbit that lived on the moon for company. The rabbit that made elixirs for immortality became her pet.

So, today as I continue to celebrate the mooncake festival as an adult, I smile to myself at this time of the year, because I know that God is watching over me.