I love it when people take things out of context and present a completely novel idea without taking away the root of inspiration. I was never a big jelly fan, I ate it when I was given some or when my mother made agar agar. I usually had more fun hassling her while she was making it than eating it. Also, because my brother always ate all of it before I could get to it. 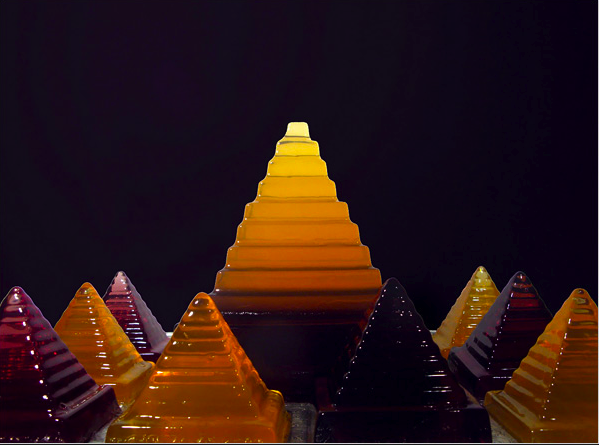 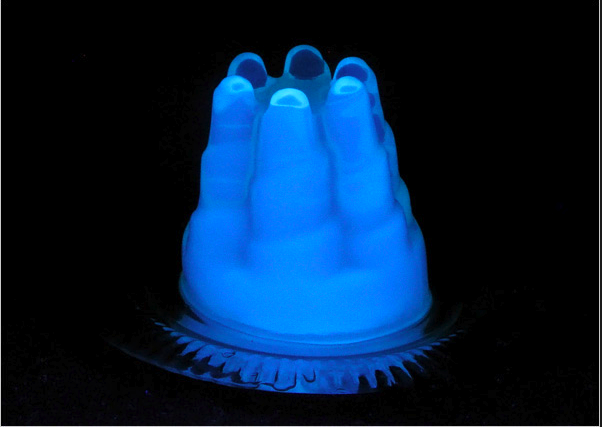 Glow in the dark jelly, made with chemistry professor

I know that ice cream designer extraordinaire,Prima will be doing more fun things like these in the near future if she would just shed her Thai modesty and get on the international stage. Stay tuned for her latest sushi ice cream project.

Given that she hasn’t blogged about it, I’ve taken the liberty to give you a sneak peek. 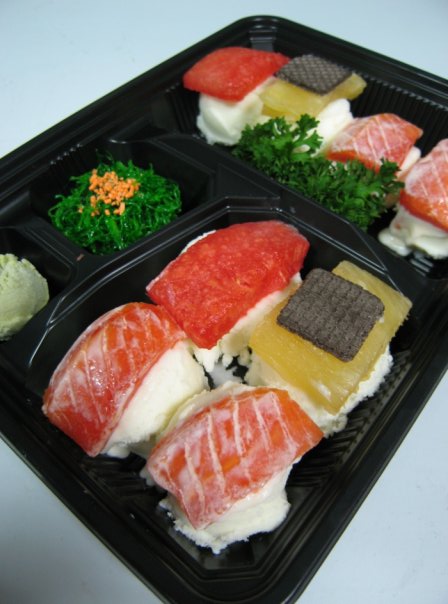 It looks like a fishy menu, but it’s actually all sweet.

What a strange combination, salty and sweet?!? However, it’s not that bad as you think ;)

If you’re in Thailand would would like to try, stop by Central Festival Pattaya from April 1-6 2009. There are only 50 trays per day for the Bento set and 25 cups per day for Parsley lemonade sorbet and Sour cream dipping ice cream. -Prima Chakrabandhu na Ayudhya