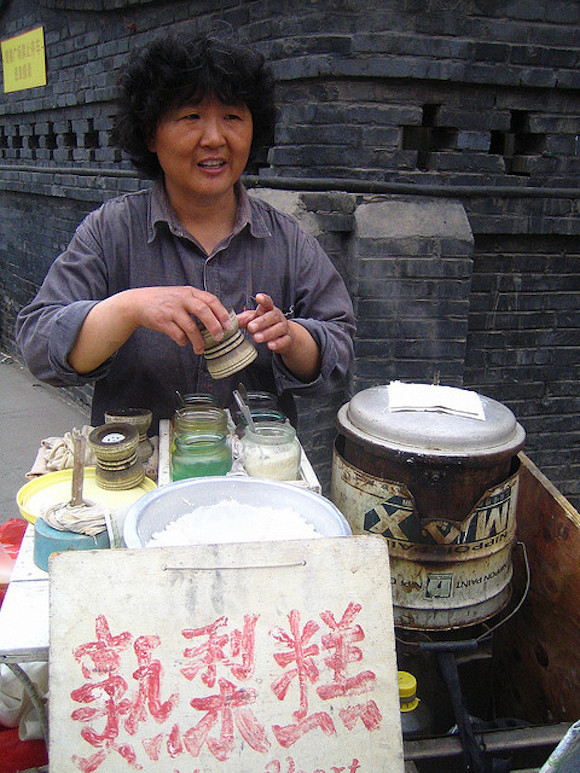 Yesterday morning, I headed to Tianjin to see what culinary discoveries I could make. I spent the whole day eating snacks (literally) from the streets and harassed whoever would talk to me.

While I enjoyed some good snacks, I personally found the recommendations from guidebooks and websites terribly overrated. The only thing I didn’t manage to try was the jian bing 煎饼, that is said to be native to Tianjin and tastes different from the ones we have in Beijing. Instead of the crackling fried biscuit that they put in the crepe, they use fried dough sticks, youtiao（油条). I’m sure they’ll taste pretty different, but I’m not certain if any better, given that it could get soggy and much chewier. 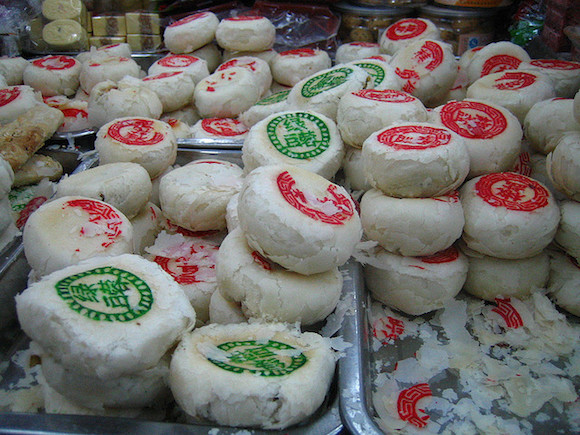 After sharing tables and talking to the locals in Tianjin, they strongly advised against going to the renown Goubuli baozi (狗不理包子) eatery. The city is best known for these meat-filled buns, which name directly translates to “dog-won’t-pay-attention-to baozi.” Apparently the owner who was named “Gou” was too fixated on making his buns, he paid attention to nothing else. With the rain and crazy gusts of wind blowing sand into my eyes, I passed on tracking down that fabled eatery. 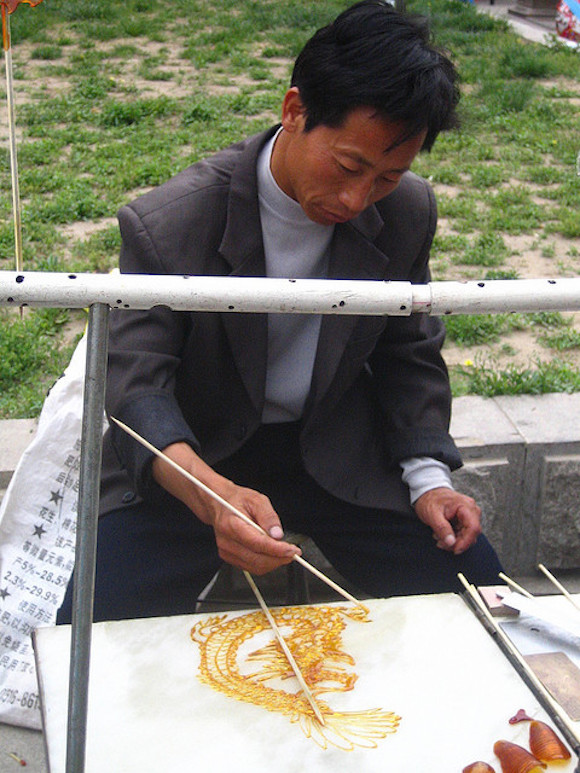 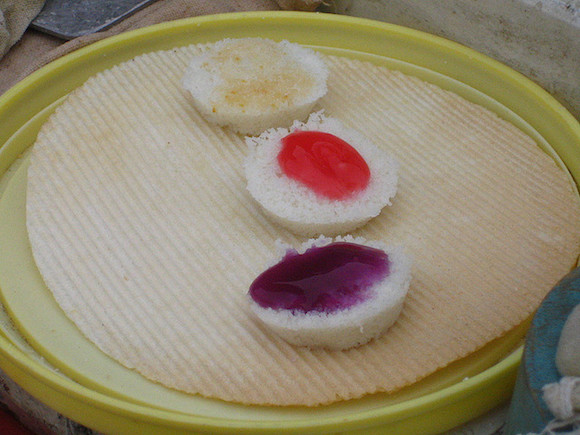 The Making of Shuligao (熟梨糕) from Juliana Loh on Vimeo.

These rice cakes remind me very much of Kueh Tutu we have in Singapore, rice cakes also steamed and served with gula melaka (palm brown sugar) and coconut bits served on square sheets of banana leaf. In Tianjin they serve it on a paper thin rice cracker that taste like paper.

The Whistling Shuligao Pot from Juliana Loh on Vimeo.

I’d recommend getting the roujiamou—minced pork with vegetables cooked in a savory soya sauce broth and sandwiched between a crispy bun. I much prefer the Tianjin version to the one we have in Beijing as it’s less greasy and I love that audible satisfactory crunch the crispy buns give.

We had stinky tofu, roadside snacks, chuan’rs (meat o’ sticks), tea eggs, spicy Sichuan noodles (酸辣粉）, Wuhan special hot-dry noodles (热干面) and a range pretty uneventful snacks—the disappointment is largely mine! I am happy to report though that the snacks by the roadside are safe for consumption since I didn’t get a stomachache.

I am unfortunately unable to make any recommendations as I was literally eating off the street carts. You can visit the over rated tourist traps like Erduoyan (耳朵眼） selling cakes, mahua (麻花 braided biscuits)—I tried to climb into the “factory” or so the sign read, but got reprimanded and couldn’t investigate further.

China, tianjin
« Personal Ads in The Classifieds » Spices in a Book