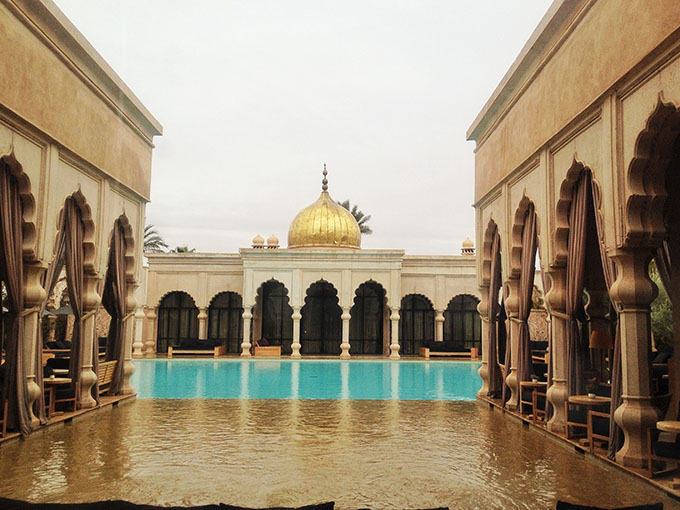 Palais Namaskar is a gorgeous palatial hotel is a little drive out of the city centre and an oasis of tranquility – crazy high ceilings, beautiful mix of Indian and Moorish architectural influence with Feng Shui principles incorporated to the design of the resort. It’s been all over travel magazines since it’s opening, so I’ve read about it ages before I had a chance to visit. It’s on the Hotlist 2013 of Condé Nast Traveller and I have to admit endearingly kitsch with its golden domes and colonial air mixed in with fengshui magic. Rumours have it that the French owner is a big believer of good fengshui – well, so am I. 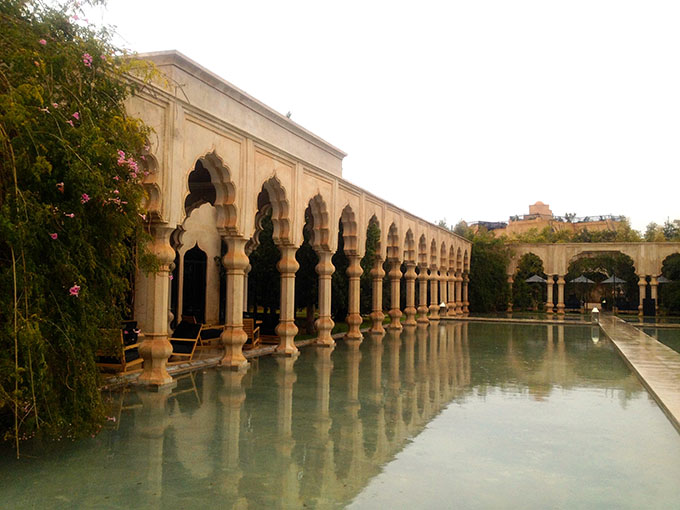 The reflective ponds and pools remind me very much of Fabrica where I used to work – where Tadao Ando converted an old Italian villa into Benetton’s Research and Communications Centre. 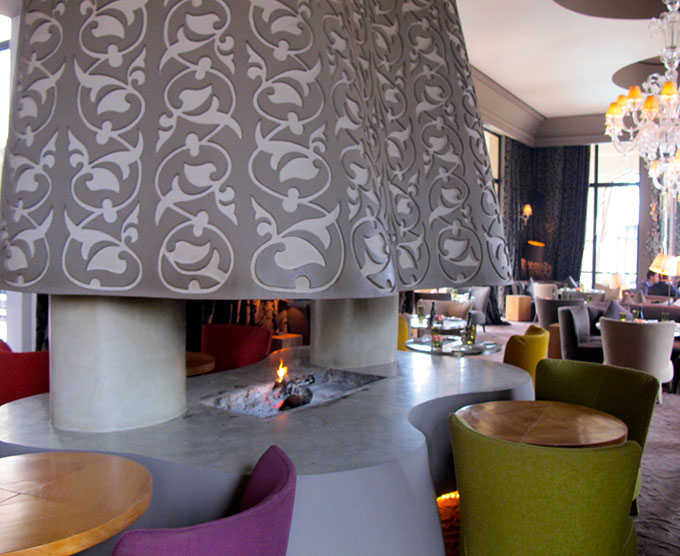 Chimneys, must be a French colonial thing – can’t get enough of chimney firewood warmth during the cold rainy (and rare!) Marrakech winter week. 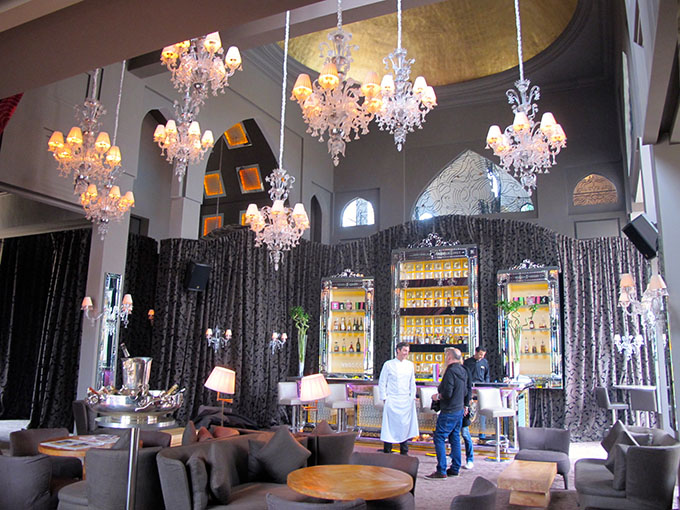 The luxury of space and sky high ceilings makes one feel a little overwhelmed encapsulated by domes and floor to ceiling crystal chandeliers. 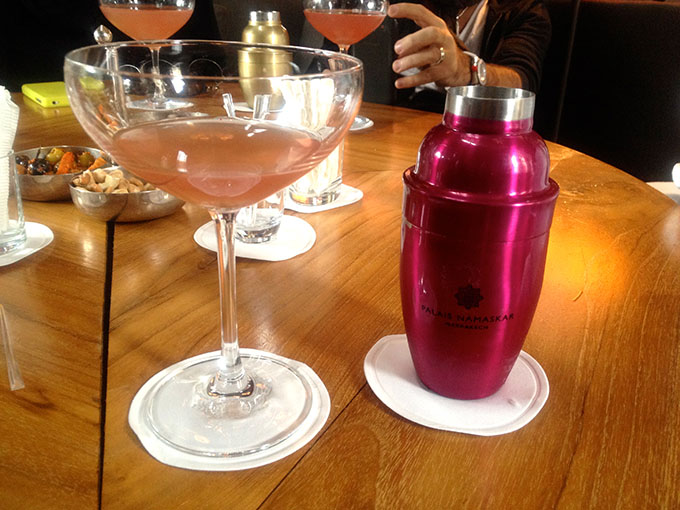 Designed by Imaad Rahmouni, a protégé of Philippe Starck, the details and finishing are stunning, with sky high ceilings or domes and arches. Cocktails and lunch at the anchor French restaurant was equally fabulous with a French and Moroccan menu to choose friend with Yuzu making its appearance from their signature cocktail to our dessert.

The chef at the helm is Antoine Perray who actually worked in Macau and China over 5 years ago before moving to Marrakech, hence subtle hints of his Asian training and inspiration having lived in our side of the world before. In fact, he still reminisces about it! 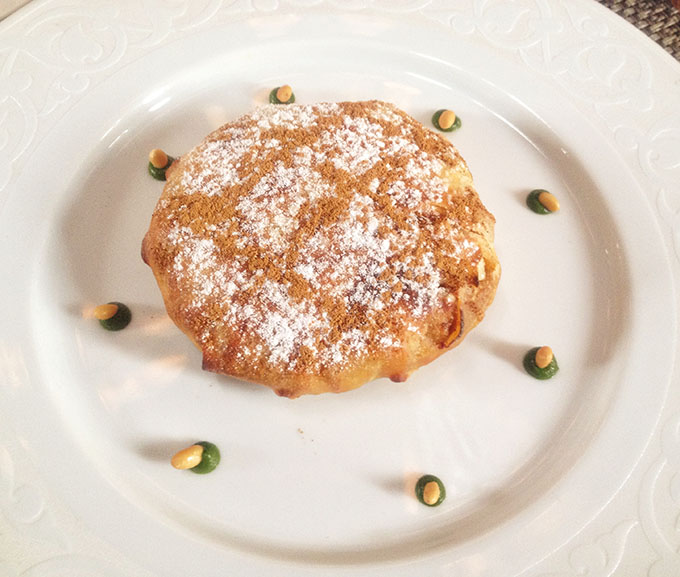 I had a chicken pastilla – a traditional entrée in Marrakech, a pastry stuffed with chicken cooked with the whole bevy of spices cinnamon, nutmeg, cloves, parsley, corriander and topped with sugar icing powder. Haven’t had something like that before and I’d gladly have another. 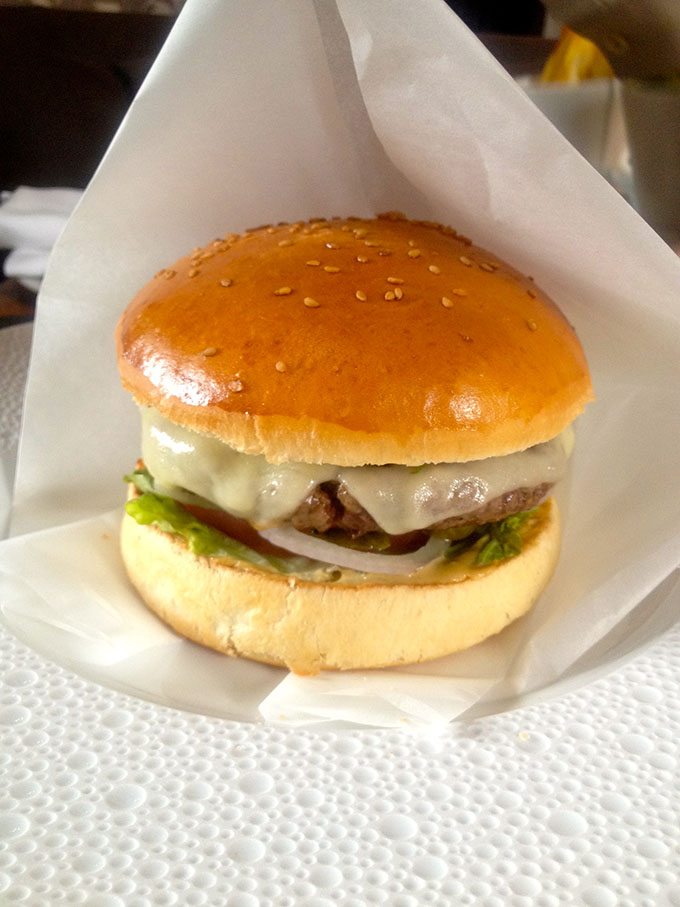 My French man will always be a French man choosing French/Western food regardless or geographical location 8/10 times, so chef went for a cheeseburger. And he, being a connoisseur of burgers eating them around the world, gave his thumbs up to this one.

What I really loved about Marrakech is the freshly sliced and deep fried fries – that makes so much of a difference, without us going into the breed and provence of potatoes common in chef talk.

Dessert came in the form of a lovely gluten free yuzu cannelloni. 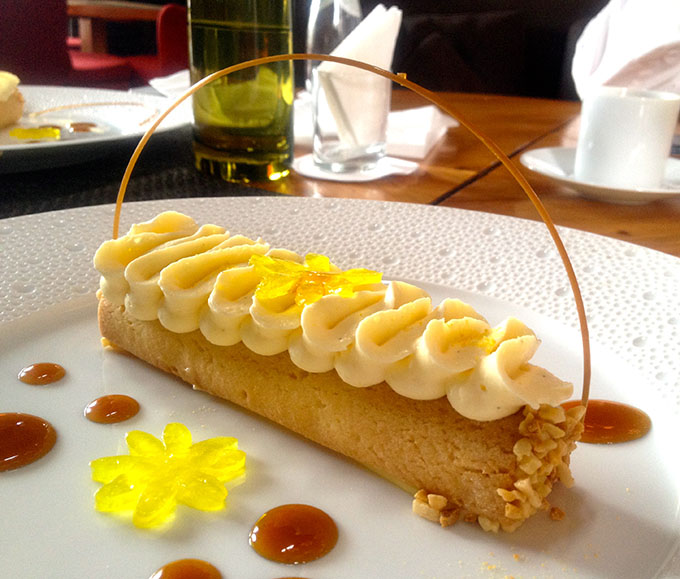