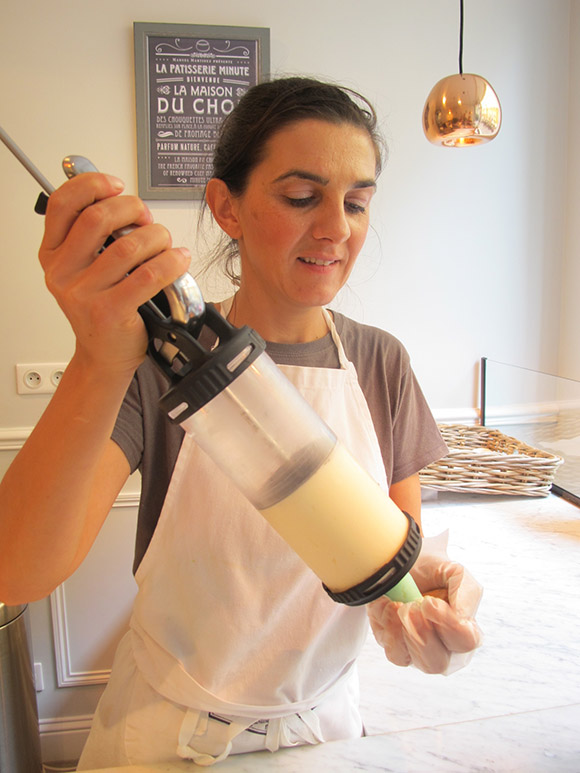 Sometime last year I took a map making class on skillshare with Prêt à Voyager and through her blog and social channels, I learnt about the Set in Paris movie tours. I’ve been to Paris over dozens of times and visit annually – there’s always good old friends to see and favourite spots to hangout, but the last time I ever did touristy things in Paris was when I was 19, my first time backpacking in Paris with a whole list of attractions to cover. Well, after dozens of times in this amazing city and with a French husband who used to live in Paris, we got out of our routine to do something different. Even he found the little anecdotes on films and historical events (particularly crime and murder) in Paris interesting.

While we really didn’t know what to expect and even slightly skeptical, Abbey our Anglo-American guide provided lots of interesting facts and anecdotes we wouldn’t otherwise have read about and having lived in different areas of Paris herself and a former wedding planner in New York – she was real fun company!

Our 2 hour walk included everything from French thriller crime series (Spiral which the husband is a huge fan of) to Hollywood hits like Taken, Le Divorce, Midnight in Paris, The Devil Wears Prada, Before Sunset (yes that famous Shakespeare & Co English book store) and historical films where Marie-Antoinette got decapitated and the streets Sweeney Todd wandered.

So you start off in the 5eme and visit two great choux places en route as well as stopped for ice cream at the legendary Berthillon – possibly the world’s most famous ice cream. Film set locations include famous movies, not so-famous movies and series like Sex & the City and Gossip Girls. And then there’s the house of the three musketeers – who knew you could walk past endless blue doors and not know the history of its inhabitants. 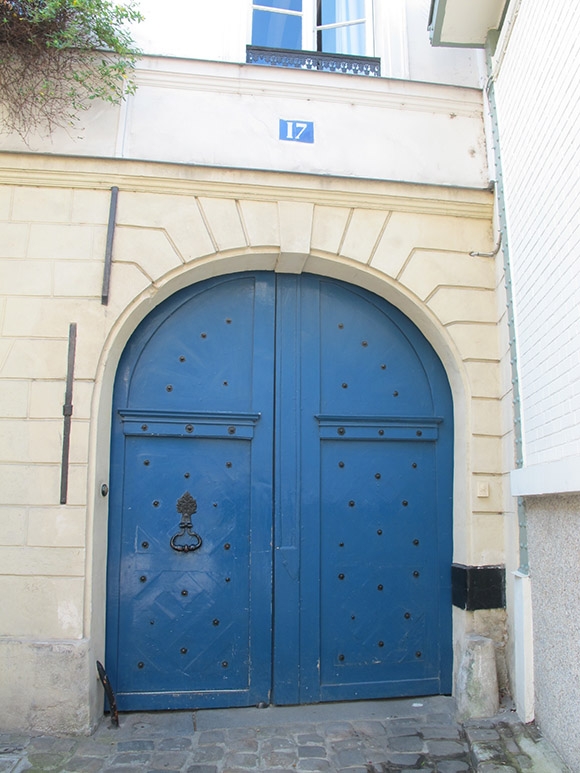 Between Odette and La Maison du Choux, the former does good classic choux while the latter pipes them on the spot – we tried the original which wasn’t great, tasted more like fromage blanc than any semblance of vanilla. They do have a little glass floor so you can look down into the kitchen downstairs. 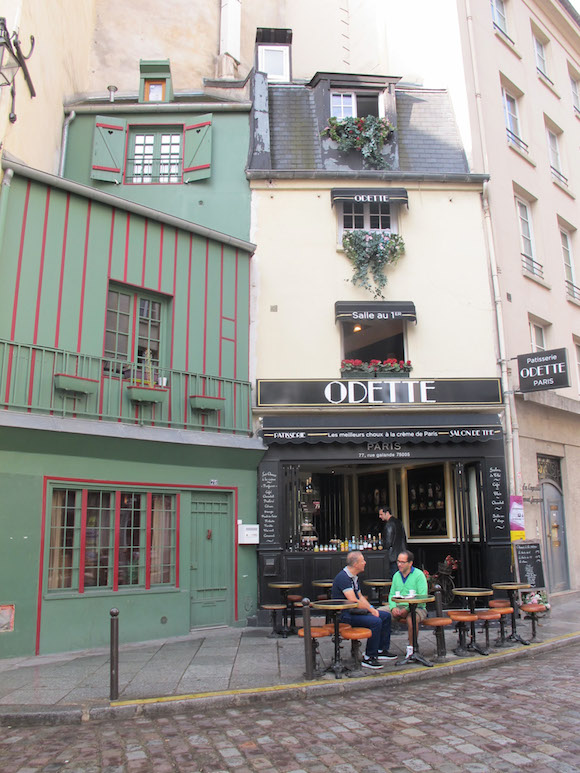 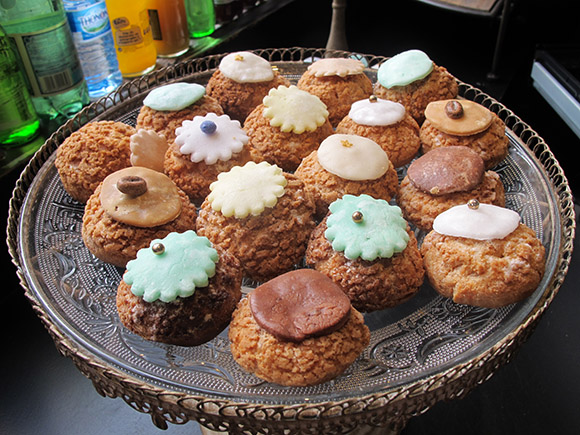 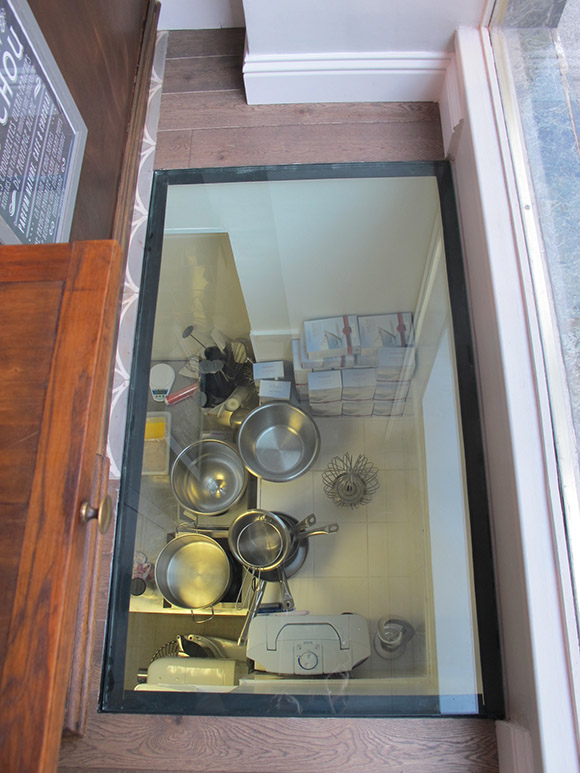 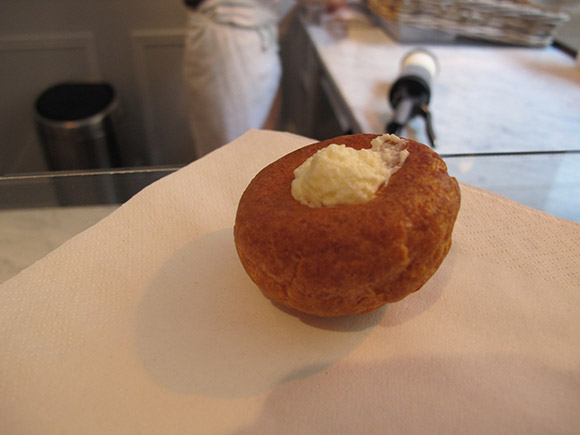 This bar used to be named Guillotine and used to have a real guillotine in it. Now that it’s been removed, it’s also got a new name equally morbid, the cellar of the “Oubliettes” – people forgotten in dungeons and left to die. 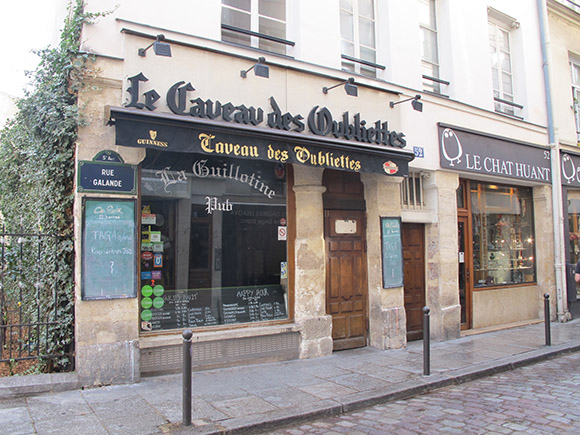 Hotel de Dieu – a hospital for diabetics and at the back of Notre Dame that has been used for movie sets. Beautiful gardens with Palladian arches and a public piano and a terribly vandalised statue by medical students. 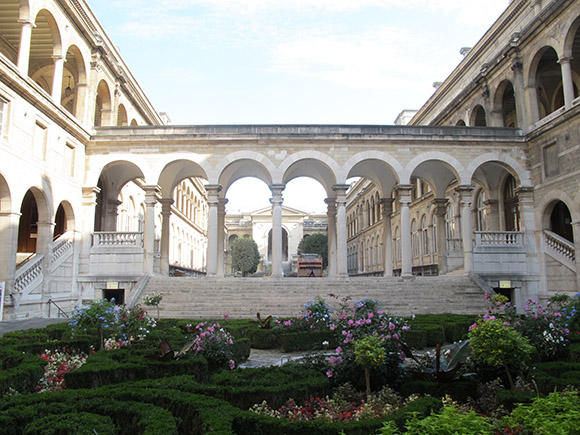 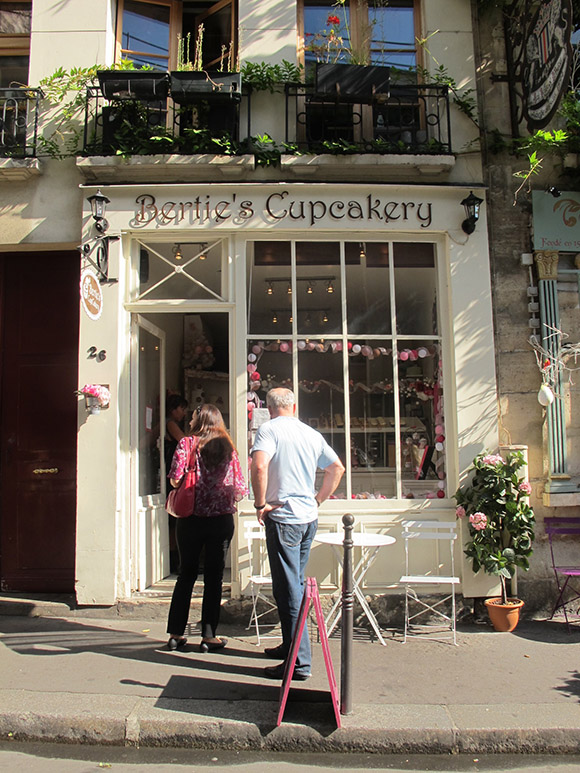 En route, there was also Bertie’s Cupcake – a movie is coming soon. We didn’t have any so not able to comment if they were any good. Abbey our guide was awesome. Part of the walking circuit, you’d also pass the bridge of lovers where everyone is padlocking and declaring their love for each other… the touristy thing most people have to do.. not us, since we’re half a French a couple!

En fin, you get a little goodie bag with a little tacky Eiffel tower key chain where you’re encouraged to take photos à la Amelie with her gnomes, but a quick search on the hashtag #eyefultower and seems like no one’s done it yet, so I’m just going to start.

The 2 hour walking tour costs 20€ per person and I’d say worth the while… especially on a gorgeous September morning we were out and a fun way to spend our mini-moon as newly weds.