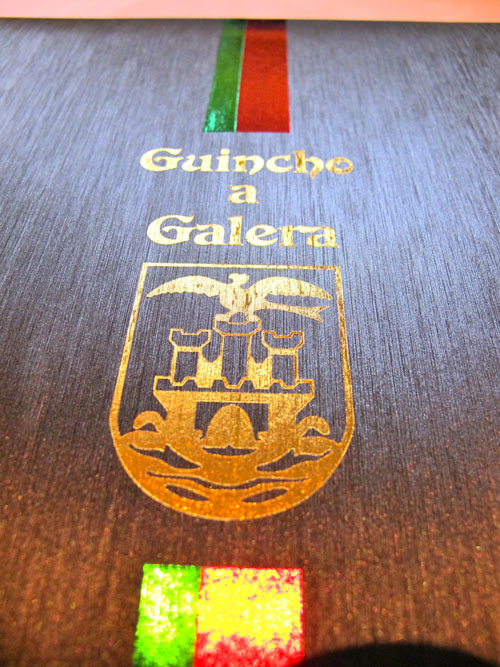 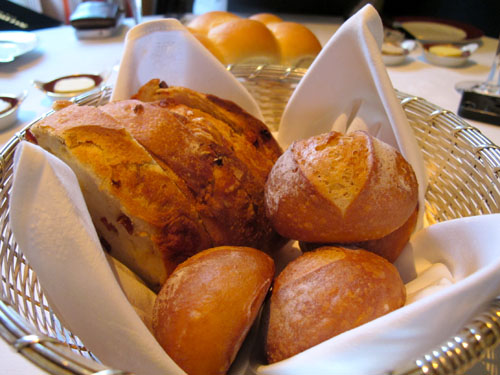 My friends invited me to the much talked about Guincho A Galera last week – Macau’s only fine dining Portuguese restaurant and very much talked about since its opening. I’ve always loved the space, we were regulars at the former Robuchon before they moved to the dome. Fine dining Portuguese almost seems a little bit of an oxymoron, and the closest similarity I can draw is Malay food that I’m familiar with. There was/isn’t such a thing as Malay fine dining Malay and the concept itself is very much French-the symphony of a flow of dishes and the rhythm of course by course (as opposed to communal) dining. 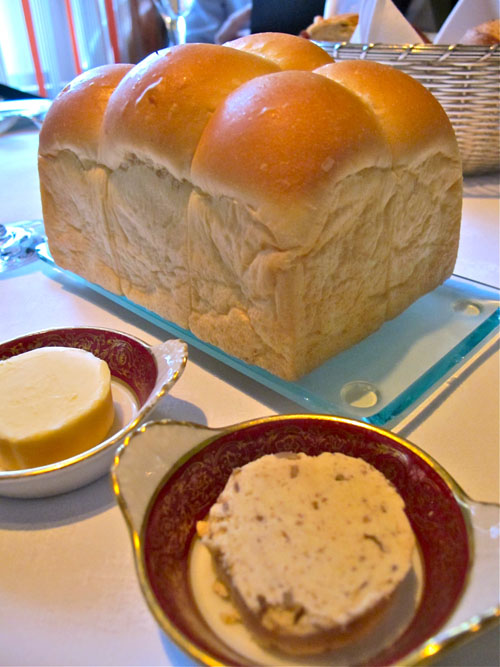 We had a fabulous start, selection of great breads and a soft pillow of banana bread worthy of Proustian flashbacks – the kind of local confectionary stuff that we (me and my Hong Kong dining companions) grew up on, fluffy soft bread made luxurious with homemade banana butter. 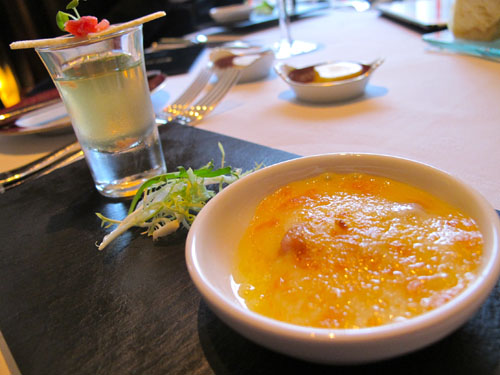 Amuse bouche came in the form of homemade cheese, heavy but bland with diced chorizo mixed in, alongside a shotglass of fresh tomato juice to lighten the heavy greasy start. 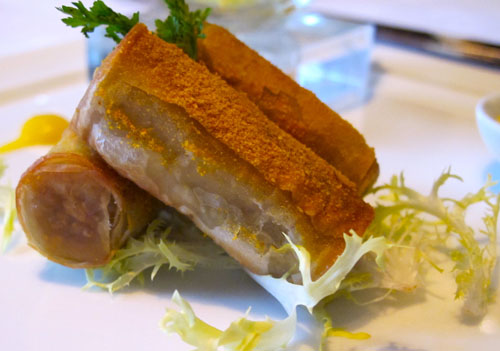 Our three course set lunch started with my choice of crispy duck wrap served with orange mustard on the side. Perfect balance of textures and flavours. What followed was an uninspiring salty asparagus soup that was lacking an accelerator- I would have loved a dollop of mascarpone or creme fraiche or butter to complete my soup.

The roast suckling pig was a beautiful dish, but the skin lacked the delightful crackling sound-the litmus test of an excellent roast piglet. 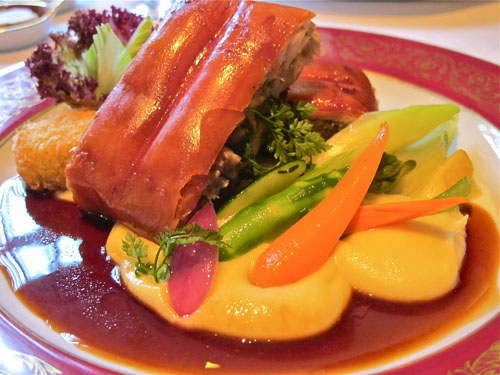 I’ve had many variations of the African chicken here in Macau, all of them topped with a thick rich gravy of coconut shavings and crushed peanuts which I was told was more a Macanese recipe than the Portuguese one. At Guincho, our chicken was cooked perfectly, based on the original recipe by chef Angelo who created the dish. Served on hot plate with a very subtle sauce drizzled over it with a side of polenta, certainly the European palate version of it, with no signs of a thick rich gravy. I’ve tried several Macanese versions of it some with nuts (presumably the African reference – abit like a thick Singaporean satay sauce) and others are topped with grated coconut (definitely the South East Asian influence from the trade route/migrant history of Macau and am biased towards the heavier version given my South East Asian roots, but the dish here was perfectly executed nonetheless. 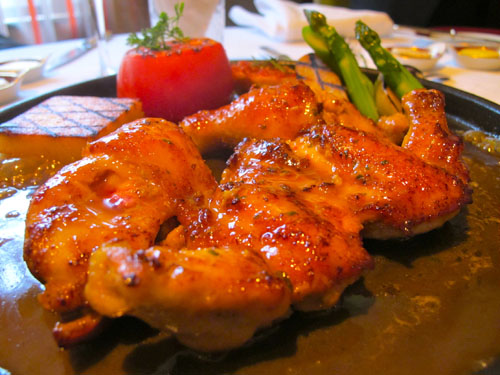 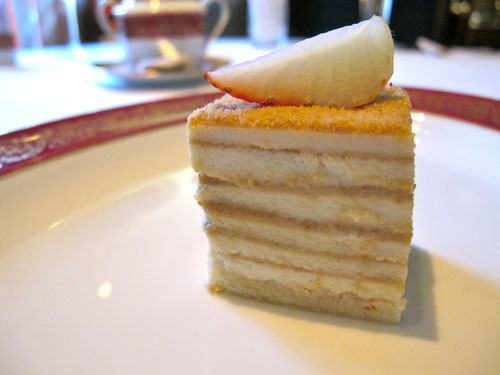 The dessert trolley features a range of Portuguese style desserts and the Serradura “Macau sawdust pudding” is a real treat. The name of the dessert meaning sawdust in Portuguese features crumbs of Maria biscuits over layers of condensed milk and cream.

There’s no other restaurant like Guincho in Macau, so I’d recommend a visit as the restaurant is in its own league, 3 course lunch set includes dessert at 350MOP+. Separately, service and the wine list is stellar.