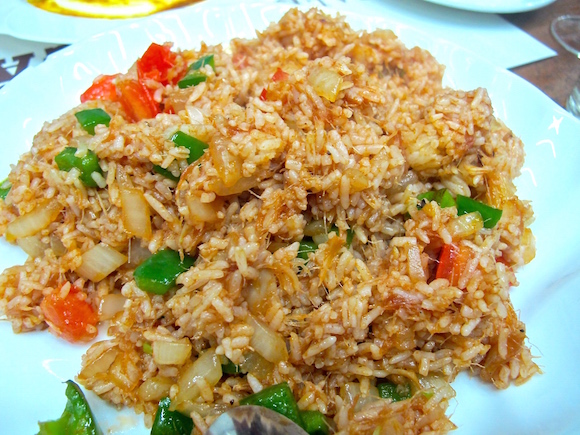 Macanese cuisine is an intoxicating mix of Portuguese, Chinese, Indian, Goan, Malay as well as African culinary influence, but sadly it’s often misunderstood to be purely a fusion cuisine of Portuguese and Chinese and signature dishes that everyone writes about and comes to Macau to eat is the pork chop buns (which isn’t Macanese food) and Portugese Egg tarts (which was made popular in 1989 by Lord Stow who made it synonmous with Macau for tourists). Additionally, African Chicken that was invented in the last recent decades by Chef Angelo.

The cod fish fried rice (above) is an example of Portuguese influence with the tomato base, rice slightly wet, as opposed to crisp and dry in the Chinese fried rice, but the aromatic flavours is a great mix of both culinary heritages

So, what you should really be hearing is about when people recommend Macanese food is Minchi, tacho (a mixed meats stew), Portuguese Chicken – a curry based gravy and spicy prawns.

Amagao serves up a rich menu of Macanese food with Chinese accents. Tacho has to be ordered in advance here as with a whole roast pig. 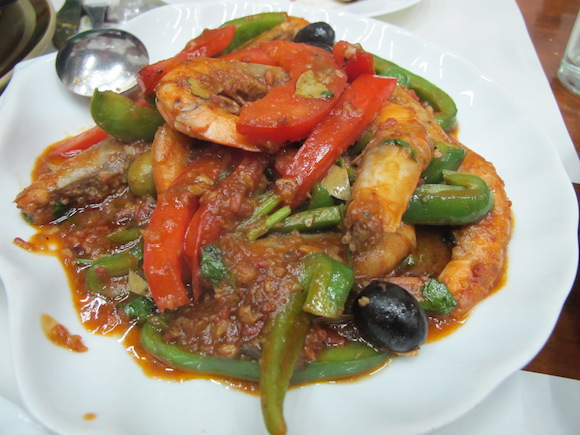 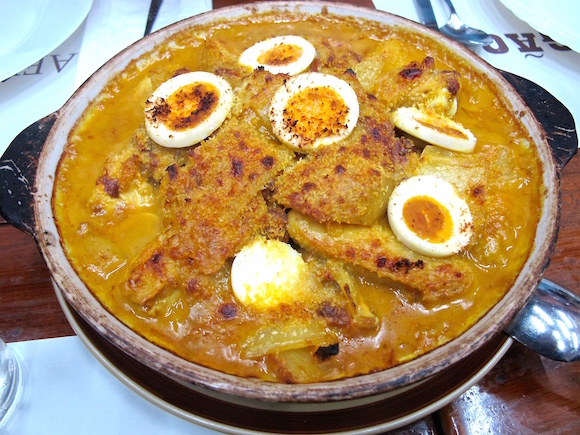 A Macanese rendition of the Portuguese white wine clams, here it’s stir fried with potatoes, coriander and pork. I was told this dish is often ordered over business lunches and dinners so you can weed out who’s jewish. 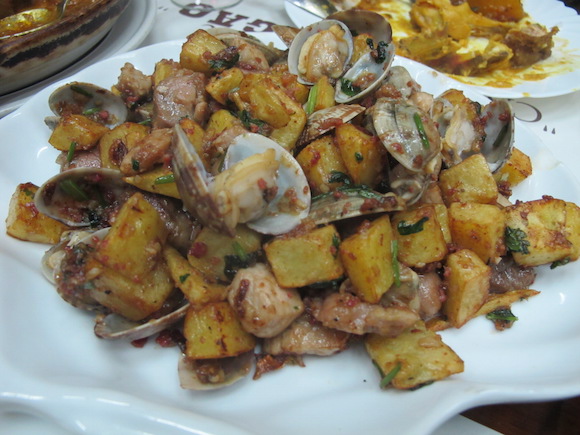 The fluffy soft breads at most Portuguese restaurants in town as well as the Macanese ones are fantastic to clean the gravy off your plates. 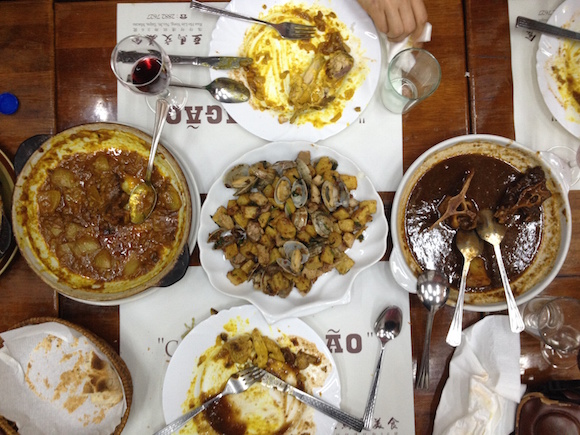 And the oxtail stew- definitely one of my favourite dishes on the menu here. You Should order it. It glides off the bone, the sauce is rich and meaty and perfect over rice or dip your bread in! 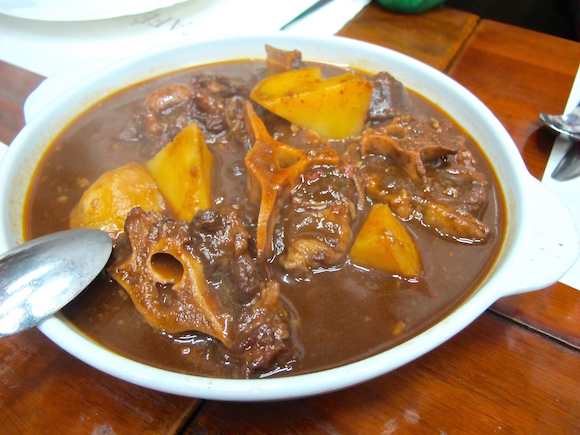 It’s really hard to get a table, so be sure to book at least 3-4 days in advance. And if you’d like to order Tacho, do so when you make your reservations. Depending no how much you order, you can eat pretty well for 150-200MOP/person with drinks. And it’s tucked in one of the small alley ways off Cunha Street. Look out for this tin man and fat chef statue. And there you are! 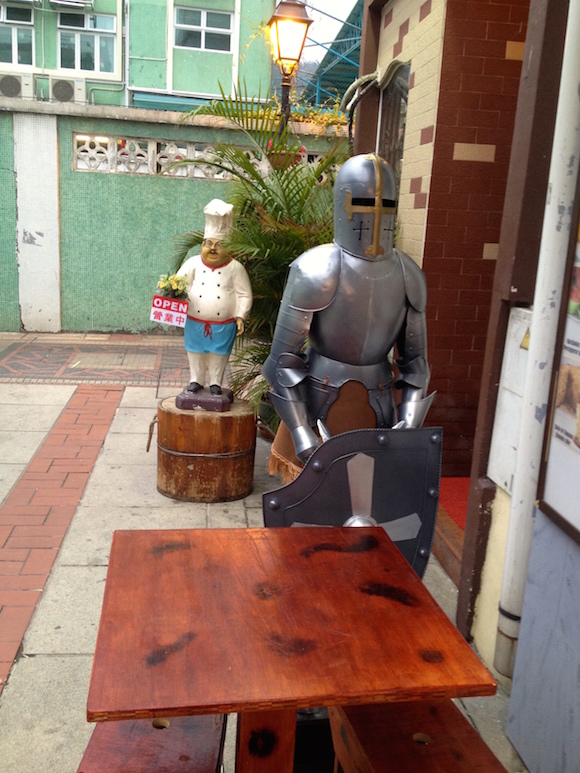