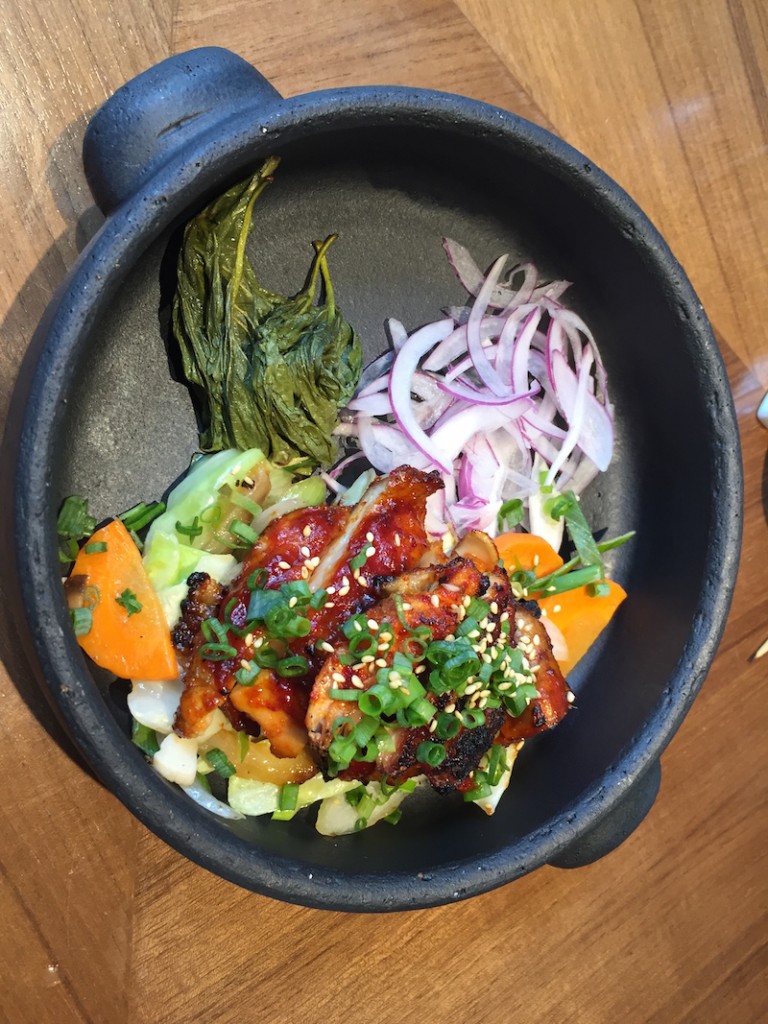 One of my old friends was here on a quick visit and we got the Korean connection going. She’s Korean german and her cousin just moved from New York to Hong Kong and I believe that the Koreans always suss out the best spots to get their fix of home made meals. Momojein is a beautiful restaurant just opposite Hopewell Centre in Wanchai and does contemporary Korean food.

Great buffet selection of all the Korean side dishes nibbles which include rolls and soups and things, and you get to choose a maincourse. Banchan meaning side dishes also reads 盘菜 in Chinese characters which mean the same.

Go for the weekend brunch and my Korean friends cannot recommend it enough.

There is an option for free flowing soju or champagne, and buffet sets are at 350+HKD/person. You can skip dinner after this big delicious brunch. For mains we had the chicken and beef Kalbi which essentially is grilled chicken and beef served with assorted vegetables and raw onions. I was told this is the modern version of traditional Korean dishes. Both were fantastic. We also had a stone pot rice which was bland and uneventful. Not worth the calories nor photo. 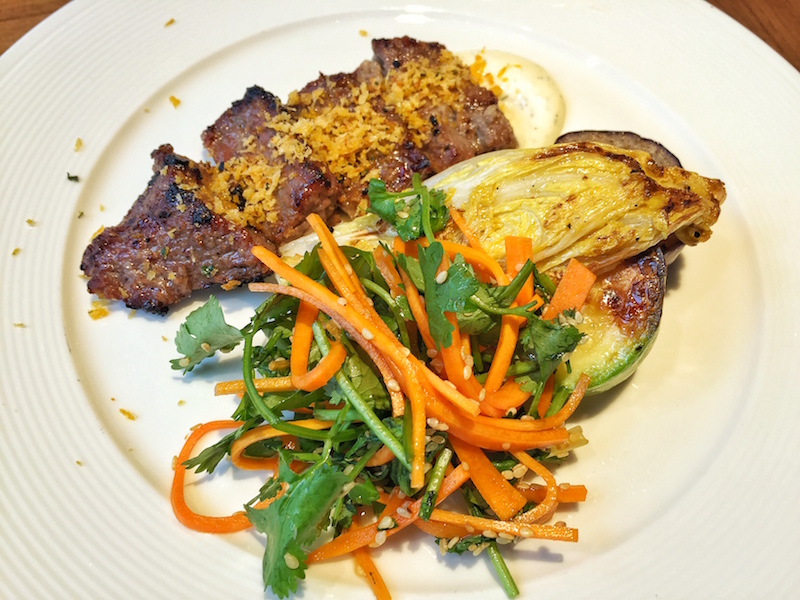 Colourful dessert platter of mochi things, red bean shaved ice, fresh fruits and nutella coated deep fried dough, caramelised sweet potatoes. I am boring with desserts, so not really my thing at all and unfair to comment. 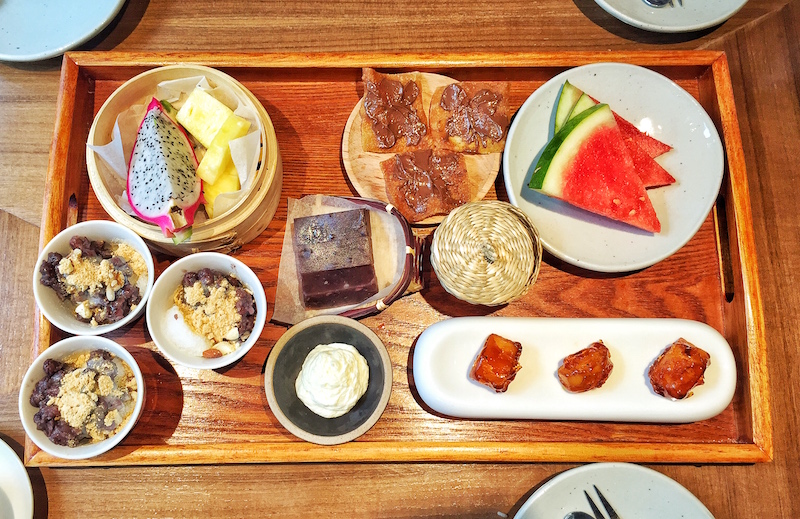 The symmetry and Korean good taste resonates from the logo to the interiors. Simple, elegant. I was told the logo was inspired by the traditional paper crafts, that was also used to line wooden doors – like traditional Chinese houses whose panel doors have intricate designs covered by rice paper. 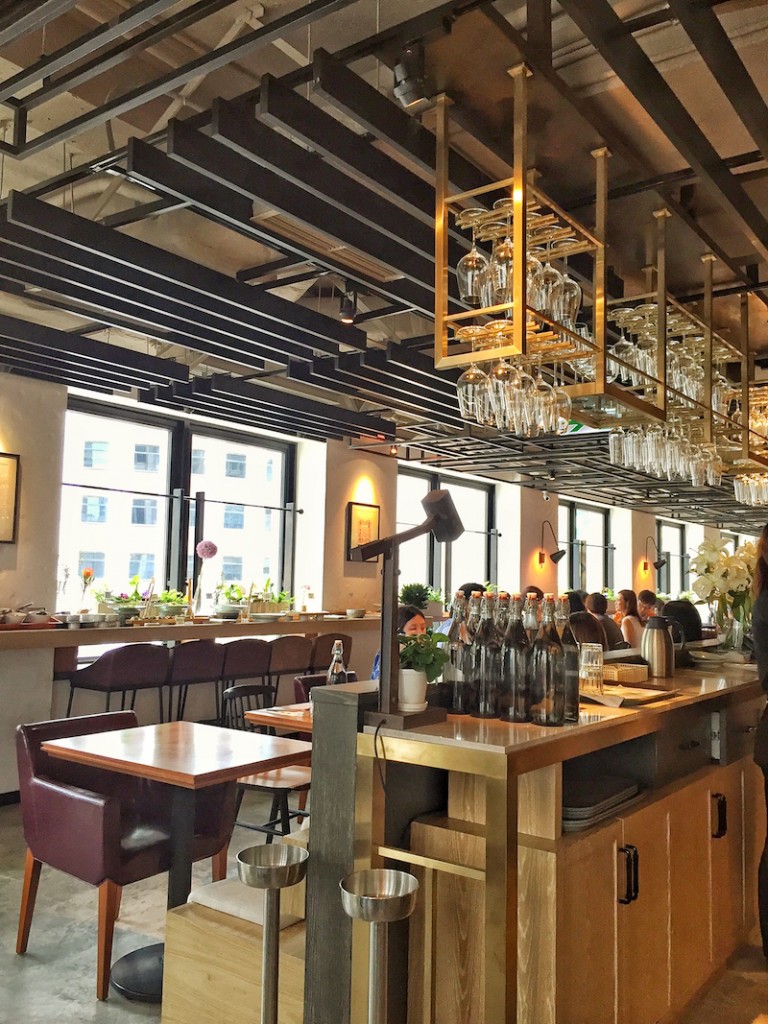 Little did I know Koreans have Chap chye too – they also serve it with glass noodles, but my friend KH says it’s usually served with meat, beef or chicken too. So, not the vegetarian dish I know well,  but this vegan version was similar. 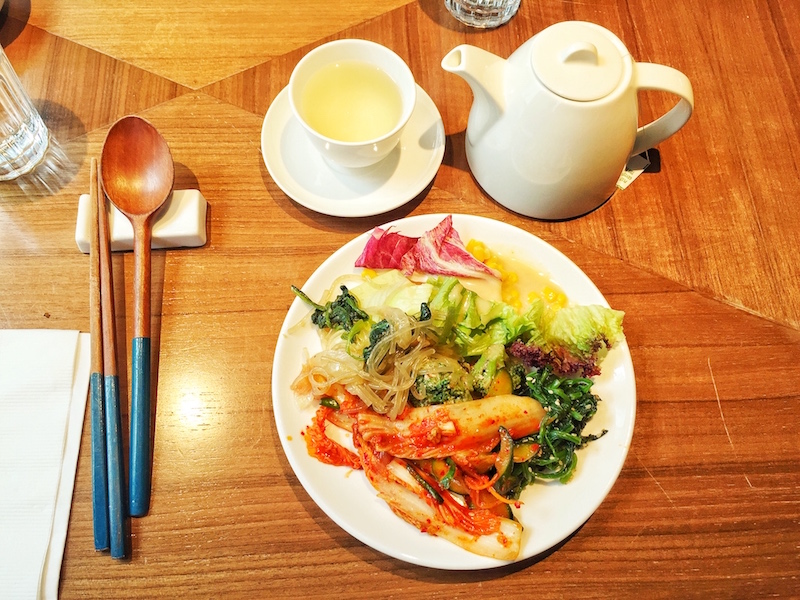