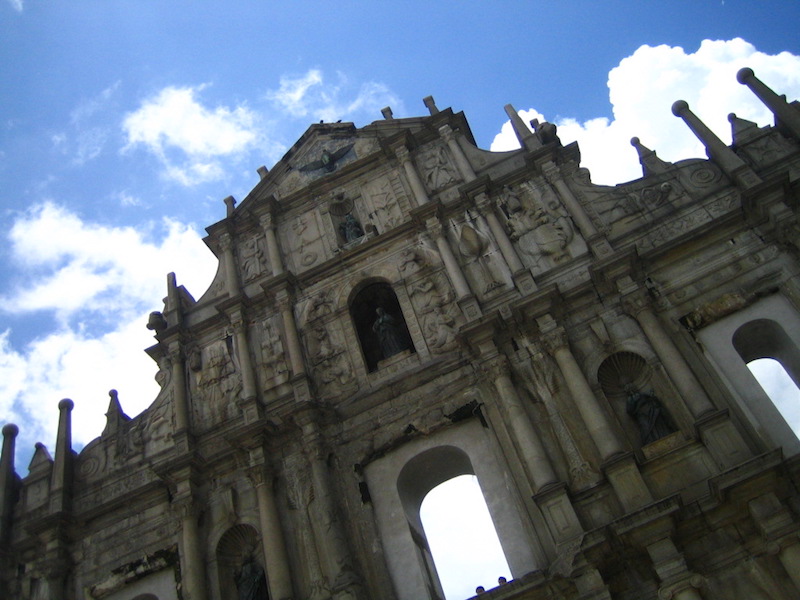 St Paul’s Ruins is possibly one of the most recognisable monuments from Macao that adorn many postcards and where first time visitors to Macao go for their “been there, done that” shot for social media. The façade has seen many iterations since the 17th century – it was first a college, then a church and finally a hospital. 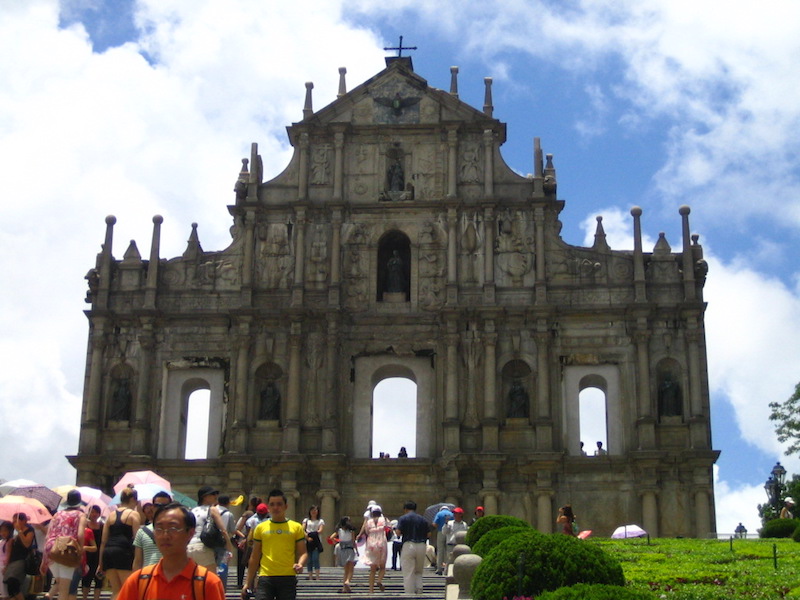 Built in 1640 by Jesuit priests on a mission to spread the word of Catholicism far and wide, the original structure was made of wood and caught fire in 1835, only the granite facade remains today.

I never really examined the carvings on the facade, but recently did some reading on it which opened a new door of history and information. I had to reexamine photos I took to have a good look at the huge dove sits right at the top in the centre, surrounded by carvings of the sun, moon and stars which is supposed to be a symbol of the Holy Spirit.

What’s interesting is the juxtaposition of European and Asian influences: Look carefully and you’ll see biblical images alongside Chinese characters and six mythological Chinese lions along side bronze statues and even a Portuguese ship.

One of my favourite light shows I enjoyed was a projection on the wall a couple of years ago during the Macao Arts Festival. 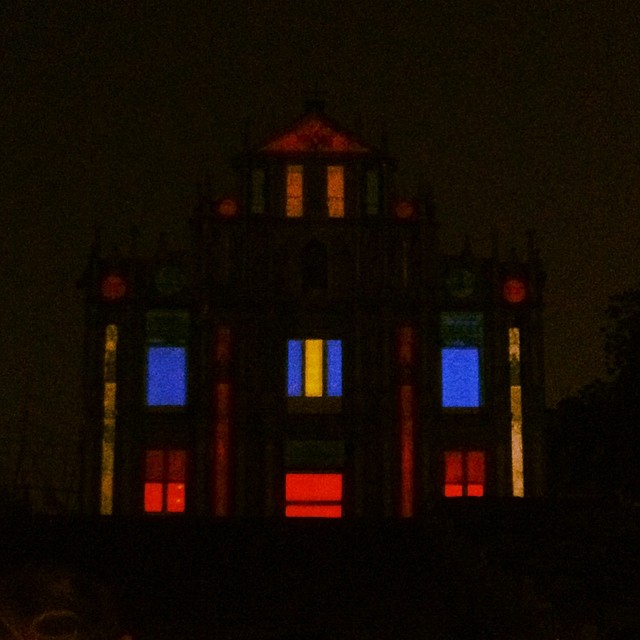 Mondrian style art on the façade. 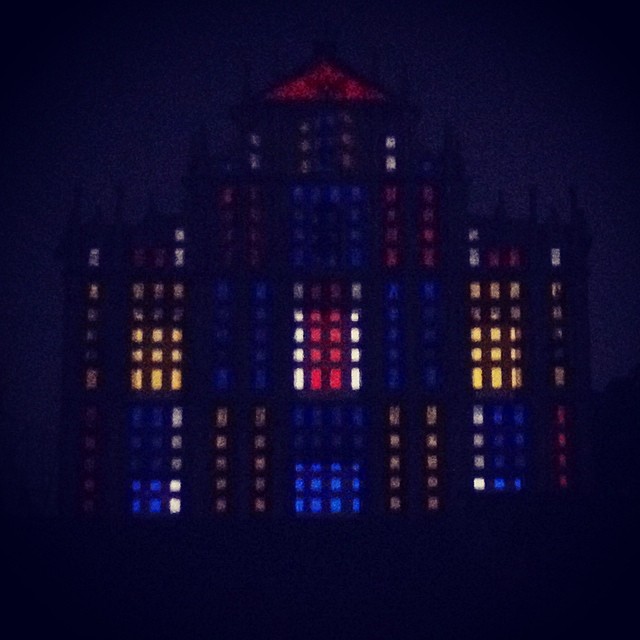 I have been researching the movie scene of famous movies made in Macau through the decades for a story I have to file, so stumbling upon this new spot devoted to cinematic art and history in Macao was timely.

It’s located really close to St Paul Ruins, a 5-8 minutes walk. If you’re really into films and movies, it’s definitely a stop you’d want to add to your itinerary. 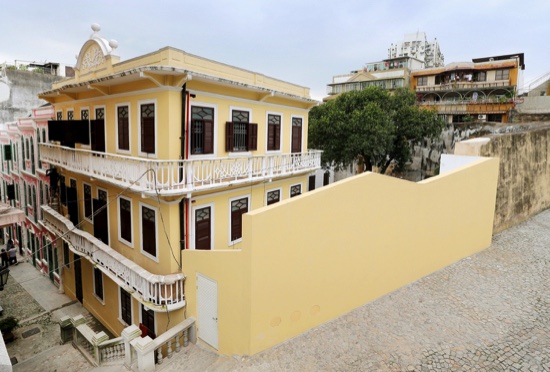 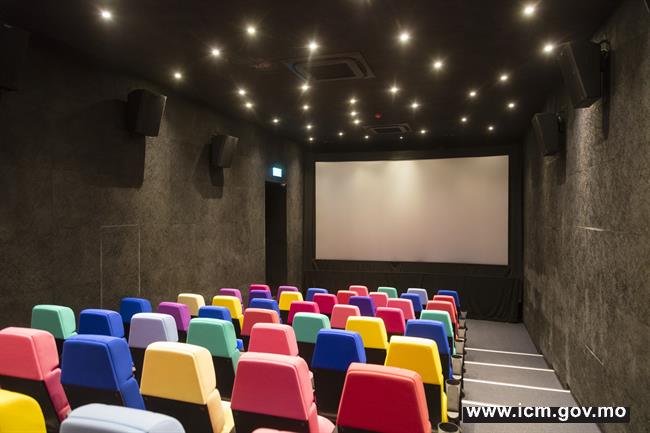 This book by Jason Wordie is my go-to for all the interesting historical, cultural nuggets about Macao. I haven’t read it cover to cover, but like diving in and out of chapters for architectural anecdotes and neighbourhoods that have evolved beyond its old face. 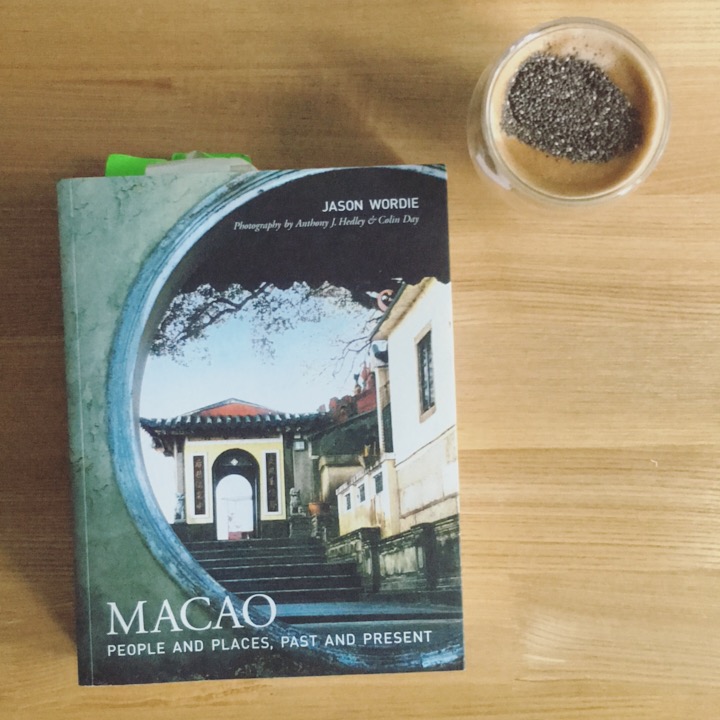