Apart from plenty of options to eat around Macao, if hitting the casino isn’t in your interest, there are still lots of things to do for entertainment. The Shrekfast (breakfast with Shrek) and the Dreamworks crew has sadly ended its five year run this October – a family activity favourite. Now you can have breakfast with Kung Fu Panda and crew instead at Po’s Kung Fu Feast.
Here’s 5 other shows to add to your list to check out if you haven’t already, 3 spots are kid friendly.
1. House of Dancing Water 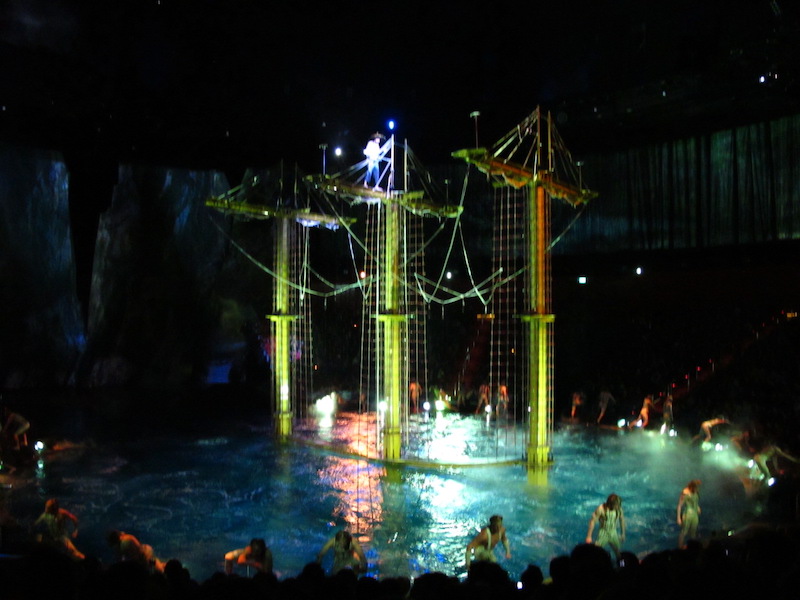 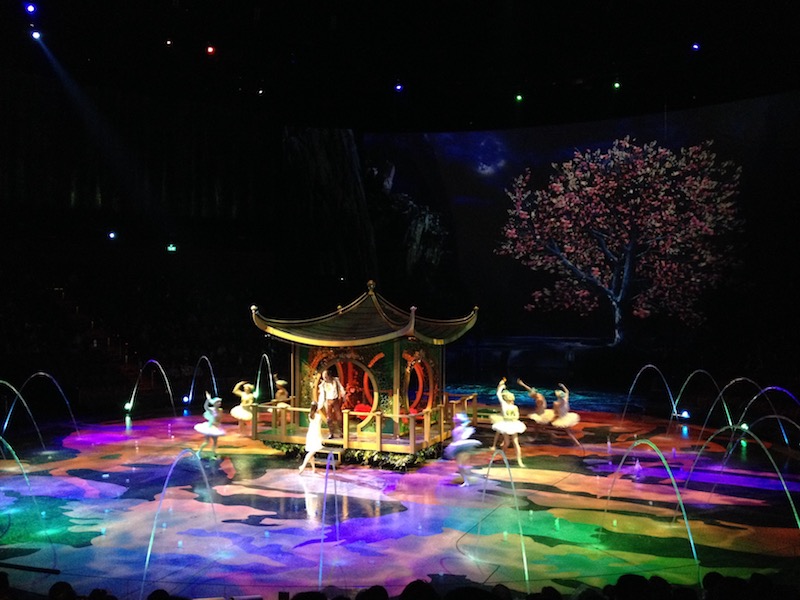 Conceived by director Franco Dragone, also known for the Cirque du Soleil and Celine Dion Show in Vegas, the House of Dancing Water is the headliner show at the City of Dreams complex. I like sitting in the front rows as you get splashed and they give you towels as well. 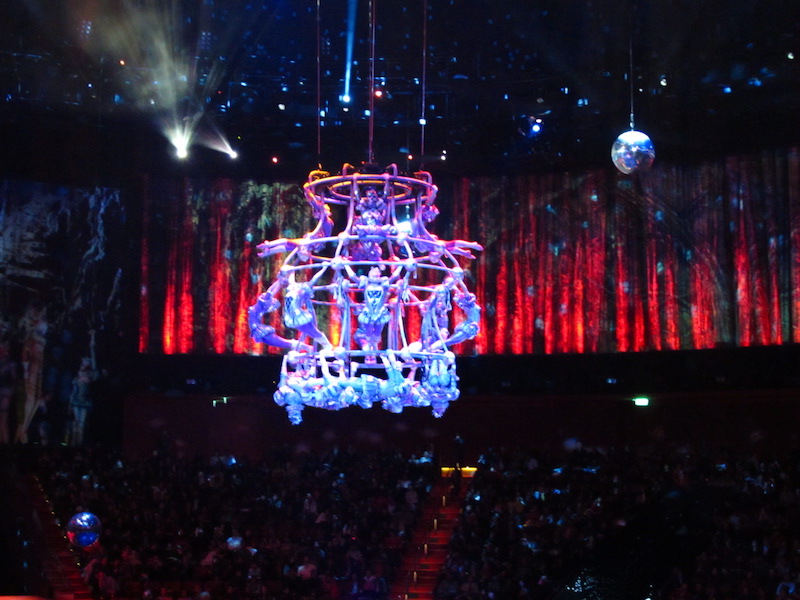 The performers also come through the audience at some point and you get a small slice of the Brechtian theatre experience when the “fourth wall” is broken with actors interacting with the audience. 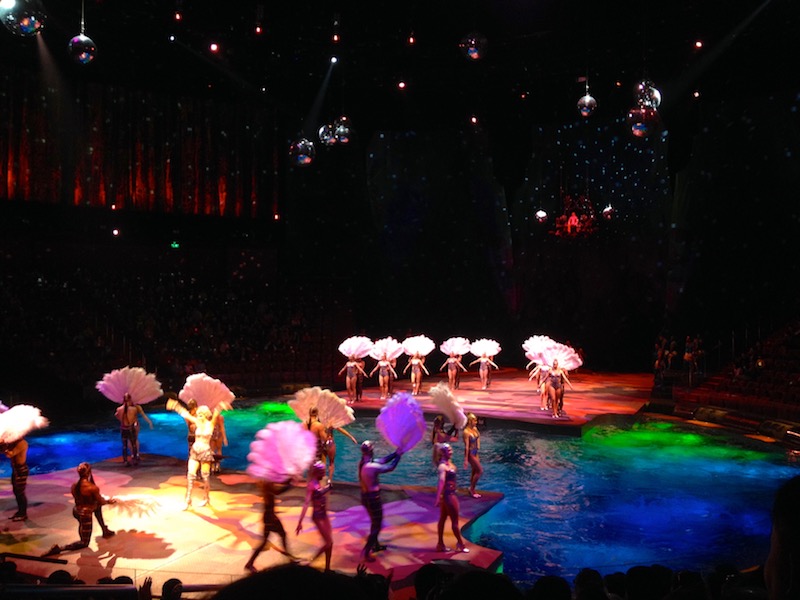 The spectacle premiered in September 2010 with state of the art technology of its stage set, deep pools for diving acrobats that transform into dry land in minutes. I have been many times over the years, taking visitors to the show and it’s always slightly different each time, so I never found it boring. We also got to go backstage once to see how the intricate set works. 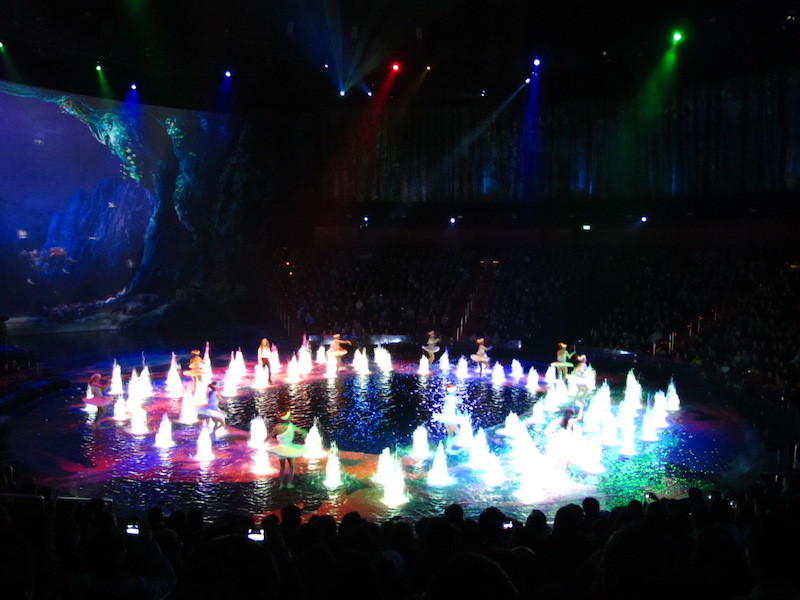 There are two shows: one at 5pm and another at 8pm. I like taking guests to dinner at Beijing Kitchen at the Grand Hyatt (right by the exit of the show) for some really good Peking duck.
I didn’t take any photos of the last act with the motorcycle stunt men while hanging on tight to my seat. It’s well worth the time.
2. Crazy Paris Show at the Grand Lisboa

This show has been running for the last 27 years in Macao. The cabaret runs for 10 minutes with changing acts on the casino floor from 1-9pm daily. It’s part of gaming experience if you’re at the tables there.
Head upstairs after to Noodle & Congee for some great beef brisket noodles topped with quality Wagyu cuts and freshly made dumplings. It’s open 24/7.
3. Dining at SW Steakhouse over the light vignettes entertainment show Wynn Palace 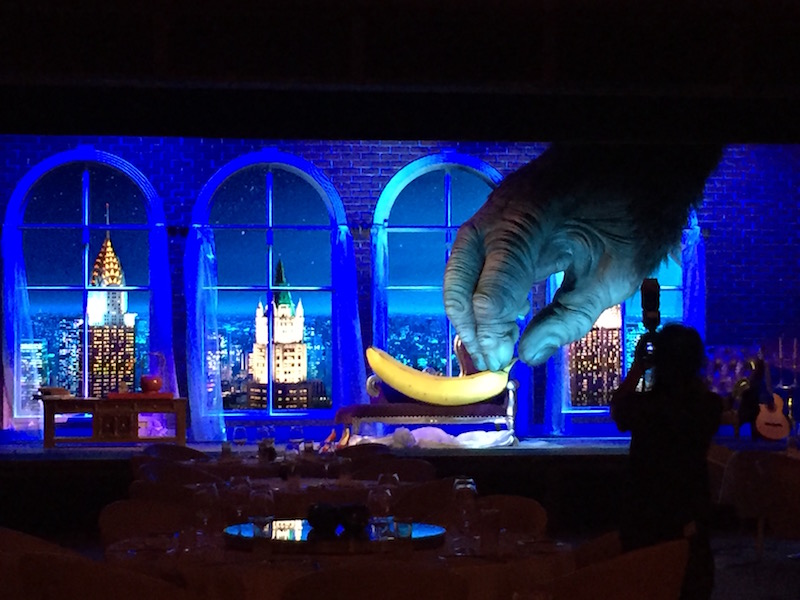 At Wynn Palace’s SW Steakhouse, diners are treated to a spectacle at intervals. Every 30 minutes the lights in the dining room fade, the stage at the far end of the restaurant reveals a one-of-a-kind visual animation with special effects and soundtracks to match. A clear crowd favourite is “If you could see her through my eyes” with a broadway musical “cabaret” soundtrack by Joel Grey, featuring a gorilla and his love.
A total of six vignettes are played on rotation to entertain guests over dinner, which creates a new dimension to the whole dining experience between giggles and conversation. 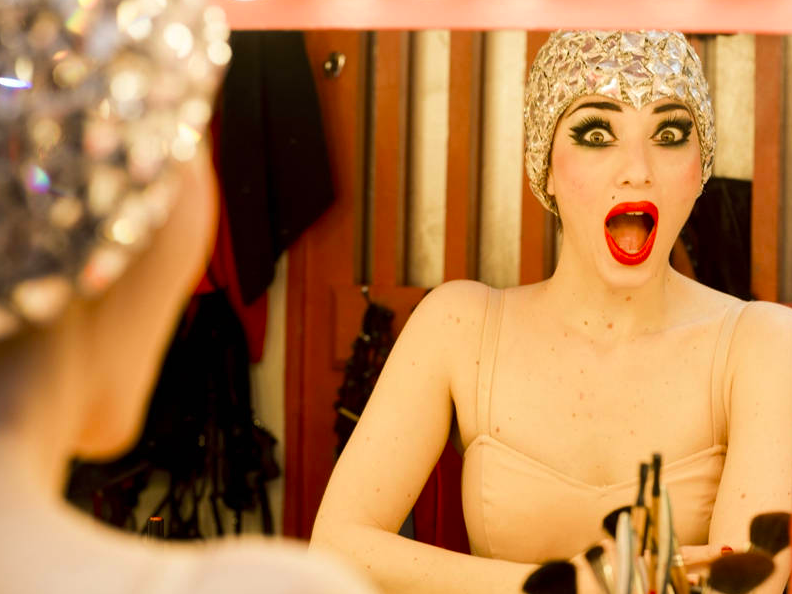 This show is a time sensitive event. So, book your tickets now – starting today.  Crazy Horse Paris is the famed adult cabaret and Forever Crazy is the troupe on tour to Macao with the best of their acts from the cabaret’s repertoire, including the classic “God save our bareskin” choreographed by a lieutenant of the British army, the opening act of all Crazy Horse Paris shows since it’s inception in 1989. 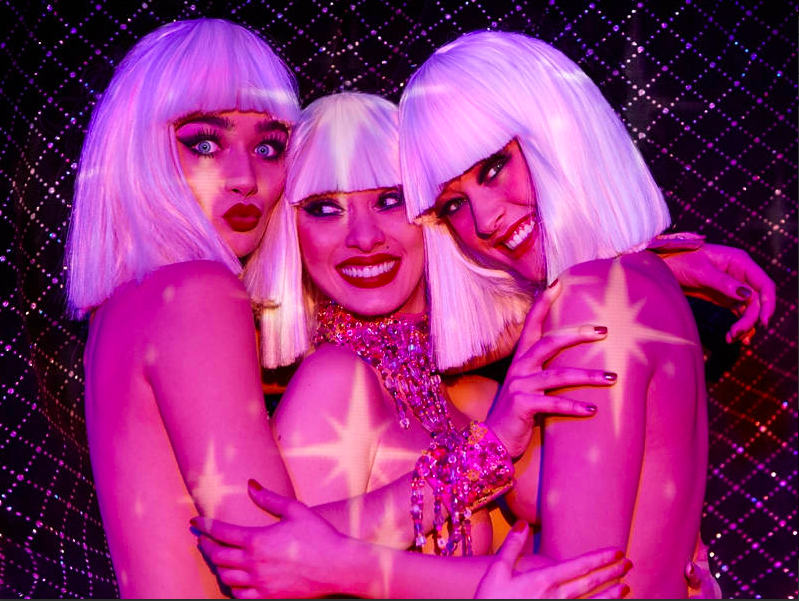 5. Performance lake at the Wynn and Wynn Palace

I’m a little biased as I find the consumer experiences at both casino hotels much friendlier and more intuitive than the other hotels. Dine at Il Teatro and request for a table by the window to watch the performance lake show, or get in the cable car at the Wynn Palace that takes you around the performance lake.