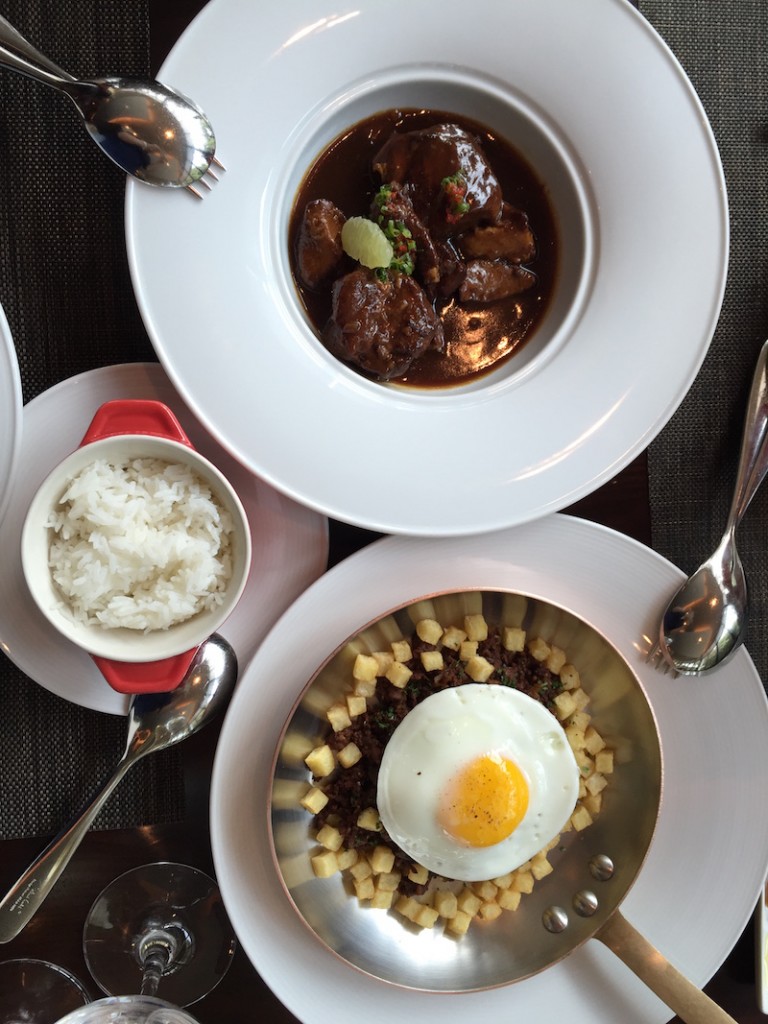 Last week November 1, Macanese cuisine was officially added to the UNESCO Creative Cities Network in the field of gastronomy, joining the ranks of Chengdu and Shunde in China. The Macanese community has been tirelessly championing this to preserve their heritage and culture as Macanese cuisine and recipes are at the risk of dying out.

Unlike many other large migrant communities, it is difficult to find authentic/inspired Macanese cuisine abroad. These home-style dishes are similar to Peranakan cuisine in that every family has their own unique recipes and these meals are tedious to prepare. They are often made by women in the household aided by servants. 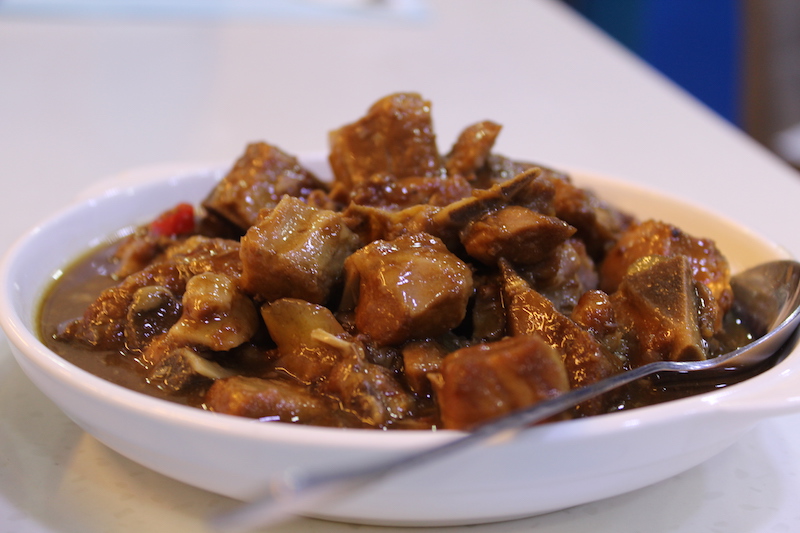 Historically, the Portuguese missionaries first arrived in Macau, then the traders and sailors who brought their families on the voyages or married locals which led to the integration and fusion of the various cultures, especially in the area of food. 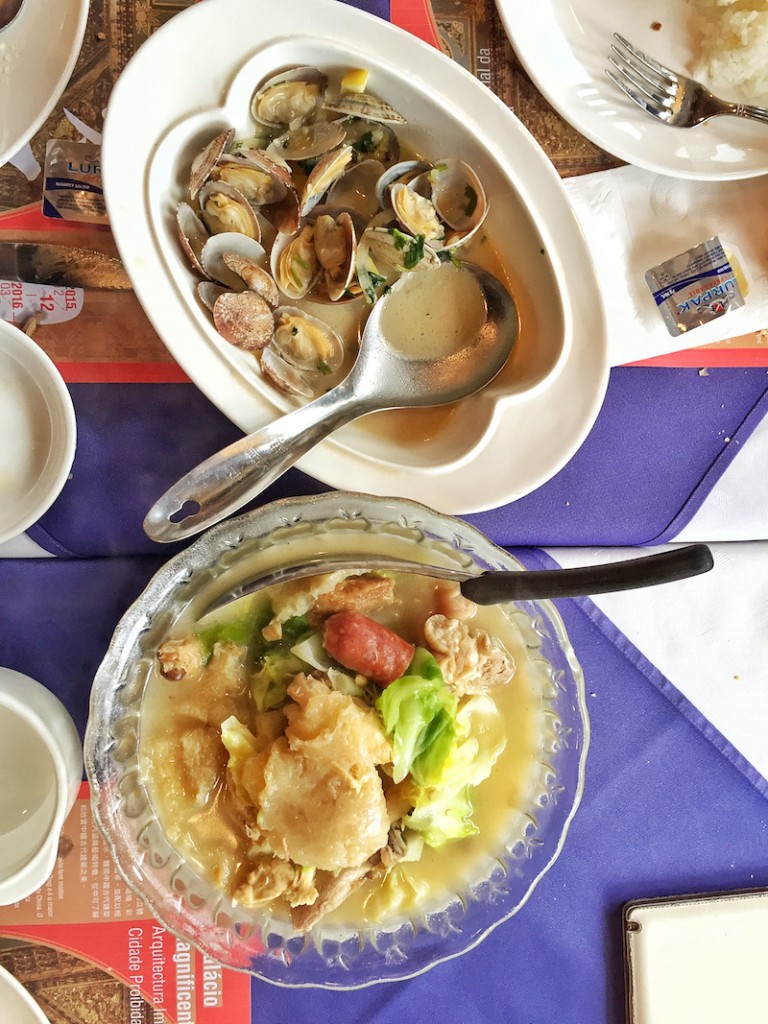 So what exactly is Macanese cuisine? It’s not as simple as a fusion of Chinese and Portuguese cuisine that was created with intercultural marriages. The “geographical flavours”, if you will spans from Africa and Goa to Brazil and East Timor where spices and ingredients discovered along the trade routes made its way to Macau and its cuisine.

“Macanese gastronomy is a kind of  “slow food”, like an intense “potpourri” of flavors that need time to cook, which isn’t practical for commercial restaurants. Macanese Cuisine is a very personalized family style cuisine. We used to say that every home have their own “Minchi” – a stir fried beef and pork mince with deep fried diced potatoes served with an egg sunny side up, or their own “Capela” – the Macanese rendition of meat loaf! The recipes never tell you exactly how to cook there are always a secret ingredient on each one and that is never revealed to the public.” Shares Luis Machado, the President of the Macanese Gastronomy Association in Macau.

Photo below: Cha Gordo at Christmas. Image courtesy of the Macanese Gastronomy Association. 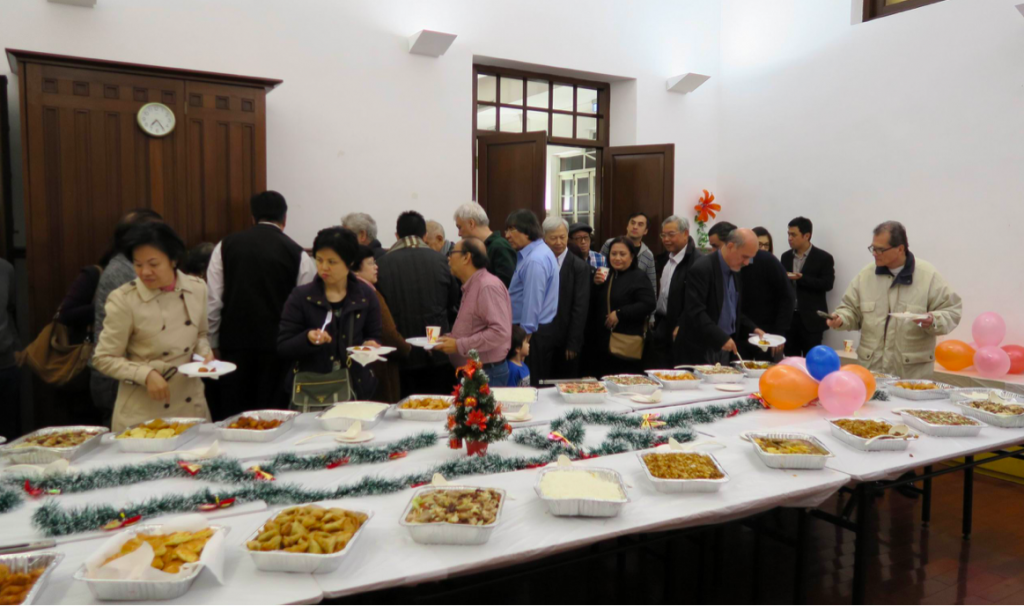 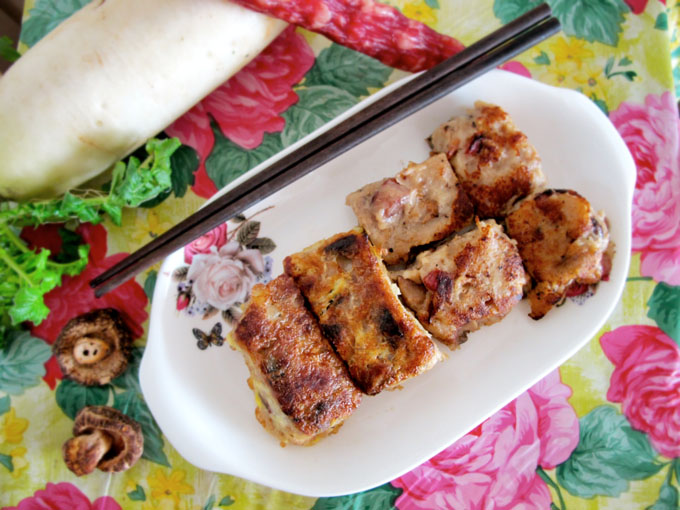 Cha Gordo – the Macanese feast that a literal translation meaning “Fat Tea” in Portuguese is served twice a year in Macau when the Macanese community gather in a local Catholic kindergarten during the Carnevale (before Easter) and another before Christmas.

At Cha Gordo, a buffet feast features homemade cakes and Macanese staples that range from “lo bok gou” steamed Chinese turnip cakes to laccasa – rice vermicelli noodles served in a seafood broth. The spread includes intoxicating pots of flavours in the outdoors on portable gas stoves. They all share one thing in common – the culinary legacy of the Portuguese where spices, and ingredients found their way into the colonies via trade routes and colonial conquests in the 15th century.

Florita Alves, a Macanese cook driving the preservation of Macanese cuisine represents the Macau Tourism Board in Macau and London: “For me, the dish “porco balichao tamarindo, (braised tamarind pork) is definitely one of the most representative Macanese dish with traces of the Portuguese route. Base on origin of the main ingredients, which consist of pork, garlic, wine, bay leaf, tamarind, balichão, cane sugar and the method of preparation, we can conclude its roots and relationship with the “vindaloo” from Indian cuisine. It is derived from the Portuguese carne de vinha d’alhos meaning “meat in garlic wine marinade”). This is the basic structure of the Portuguese dish and was how the Portuguese sailor’s ‘preserved’ ‘raw ingredients’. This is also exactly how the “Balichao Tamarind pork” is marinated.”

Marina De Senna Fernandes, a descendent of one of Macau’s largest and oldest Macanese family recalls her childhood growing up in a large house on Senado Square “When we were growing up, my grandfather used to have an ‘open house’ most afternoons, there will be concerts in the house and a Cha Gordo feast for people to come over and eat and chit chat. The servants would make plenty of food to go around for whoever popped by.”

Chef Abe Conlon of Chicago’s Fat Rice, a Macanese restaurant, just released their first cookbook with a Capela recipe he cooked together with Marina Senna Fernandes. On the Capela dish Conlon shares “It’s the king of all meat loafs, a nod to the name of the dish made in Bundt-like shape and in Portuguese translates to ‘crown’.”

On the potpourri of aromas and stews at Cha Gordo, cook Florita Alves shares “Bay leaves, Louro in Portuguese, are very important in Portuguese cooking and appear in almost every soup and stew dish.  Balichão probably originated in Malaysia where it is called belacan. In the Macanese version, this condiment made from krill or tiny shrimps, is prepared by adding the bay leaves, salt, cloves, pepper corns, Chinese rice wine and Portuguese brandy. The name itself is said to come from the world Portuguese word for whale: Baliea, as the little shrimps swam under the whales.” 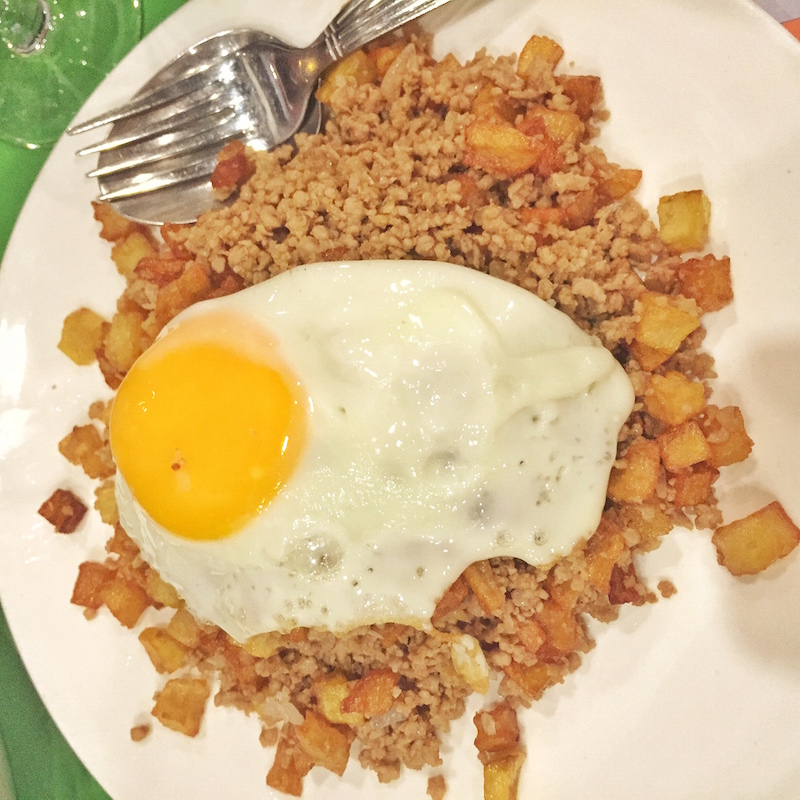 So, you’re on a trip to Macau, where to go for authentic Macanese dishes? I have had so many variations of minchi and love it all. It reminds me of a dish my mother used to make that isn’t Macanese – minced pork, diced onions, shitake mushrooms and potatoes with oyster sauce. It’s a simple stir fry and perfect with rice.

Here are my favourites: Litoral, Carlos, Riquexo, IFT Restaurant and of course the retired civil servants canteen APOMAC. I also like Dillion’s for a quick, cheap and cheerful lunch. Great minchi.

On the topic of gastronomy and food cities, next year’s Asia Top 50 awards will be held at the Wynn Palace Macau in Cotai on 27 March 2018. I’m looking forward to that. Mr chef’s former eponymous restaurant was #39 on the list and I am rooting for Caprice next year.