I LOVED Lisbon and often think about how nice it would be to have a summer house there, or to dream of retirement where you can get amazing food, drinks, culture,art and design without breaking the bank. 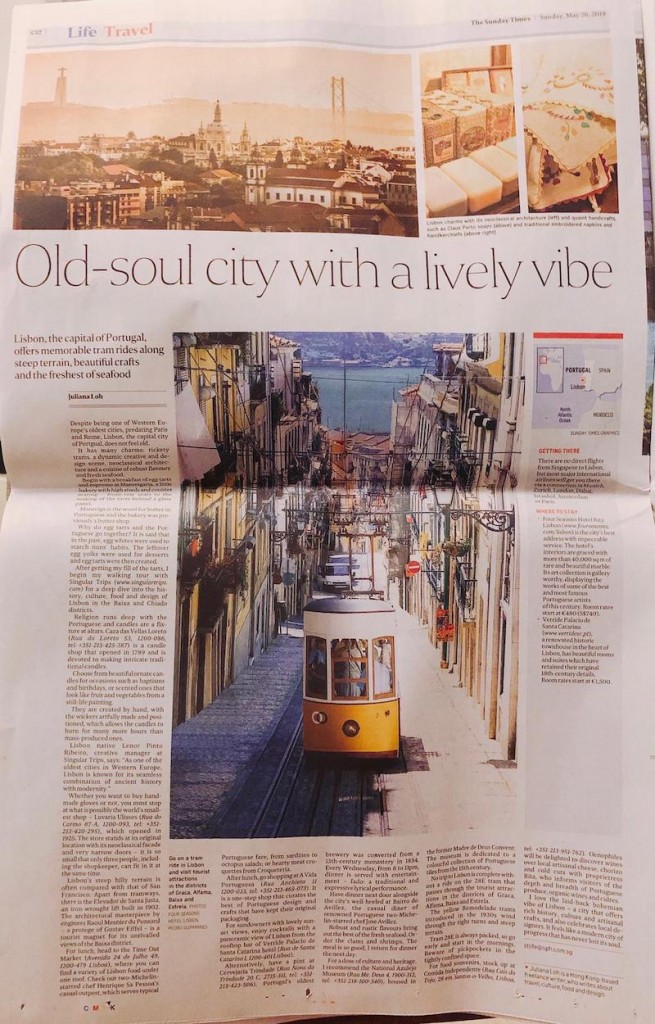 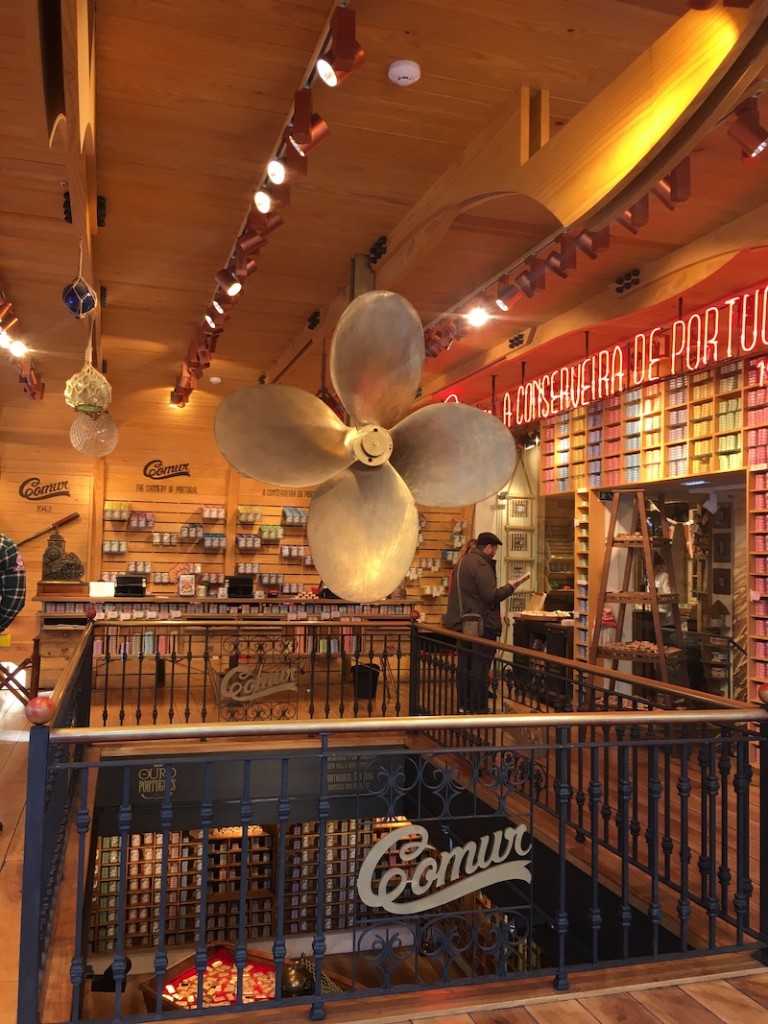 My travel story on Lisbon for Singapore’s national broadsheet The Straits Times. It’s behind a paywall, so text below. 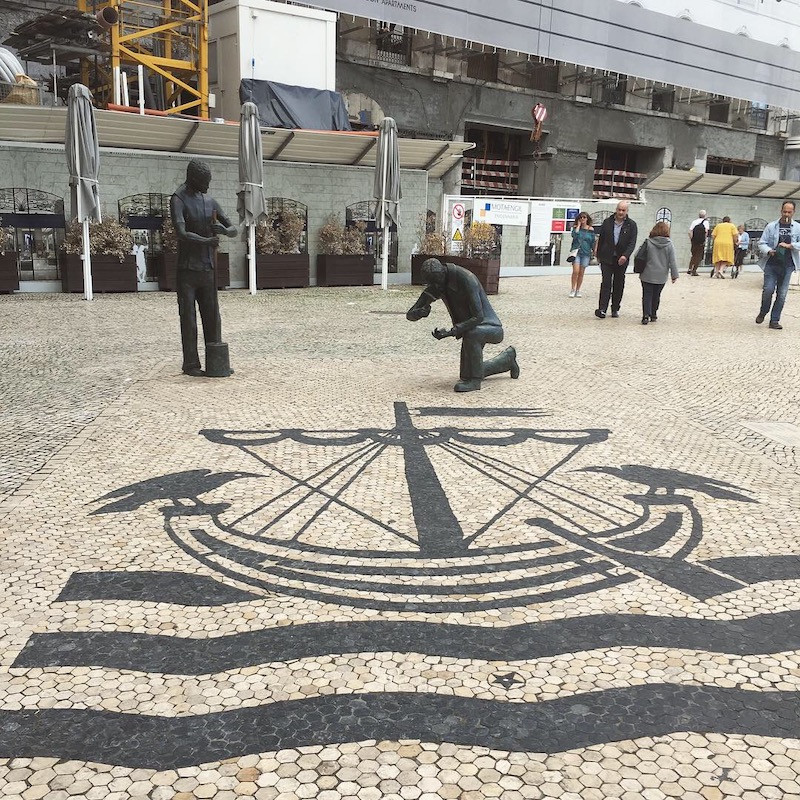 Despite being one of Western Europe’s oldest cities, Lisbon never gets old. It has many charms: rickety trams, a dynamic creative and design scene, Neoclassical architecture, and cuisine of robust flavours and fresh seafood at very affordable prices. 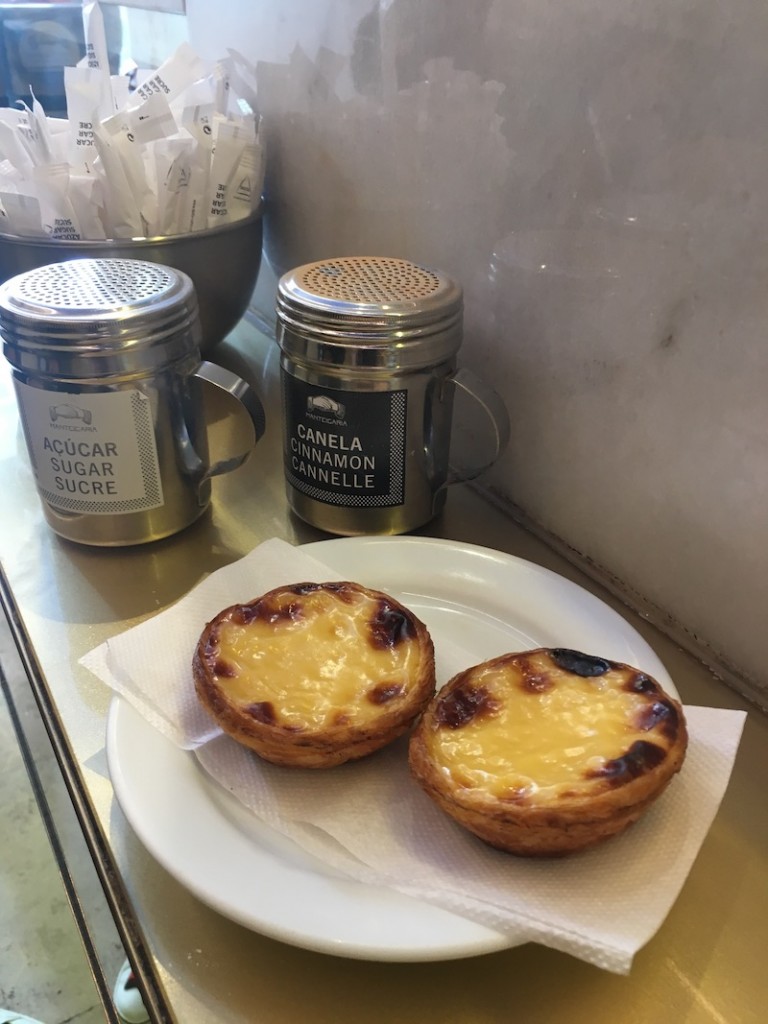 Begin with egg tarts for breakfast at Manteigaria and order a strong shot of espresso to kick start your day and wash down the creamy custard in an excellent buttery filo pastry cup. Formerly a butter shop (Manteigais the word for butter in Portuguese), you can also watch the bakers in action over the glass panels. 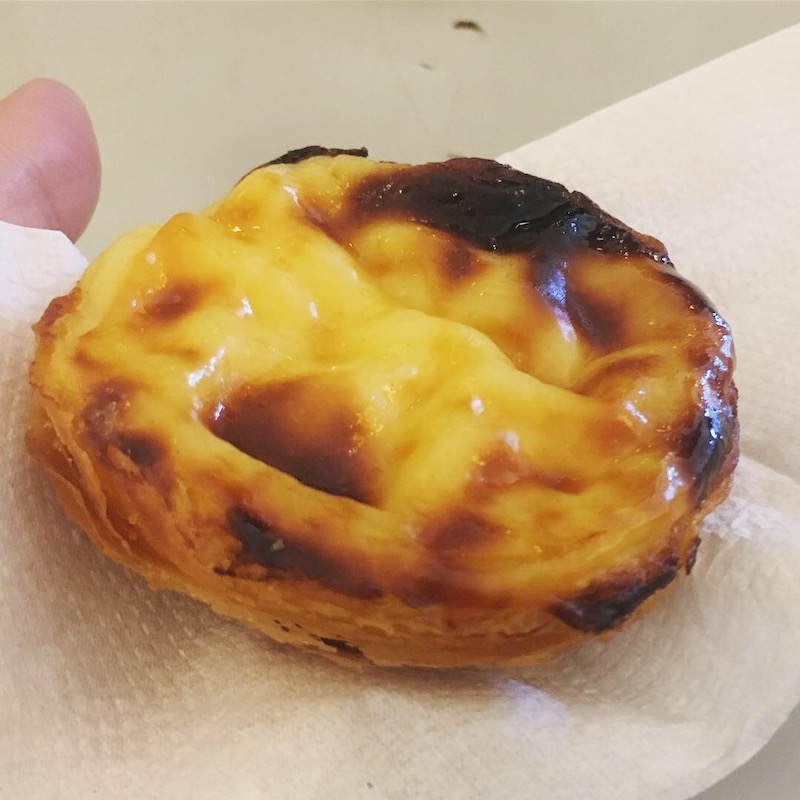 We began our walking tour with Singular Trips  for a deep dive into the history, culture, food, and design of Lisbon in the Baixo and Chiado districts. Religion runs deep with the Portuguese and naturally, candles were a feature at altars. It was humbling to visit Caza das Vellas Loreto (Rua do Loreto 53, 1200-086  Tel:  +351 21 342 5387) a candle shop that opened in 1789, devoted to making intricate traditional candles. Choose from beautiful ornate ones for religious ceremonies, baptism, birthdays to still life scented fruits and vegetables. Fresh tomato leaves scent, anyone? The candles are made by hand, the wickers artfully made and positioned, which allows the candle to continue to burn for many more hours than mass-produced ones.

Lisbon native Lenor Pinto Ribeiro, creative manager at Singular Trips shares “As one of the oldest cities in Western Europe, Lisbon is known for its seamless combination of ancient history with modernity. Whether you’re entering a contemporary art museum or an old artisanal shop – it captures you at exactly that space and time.” 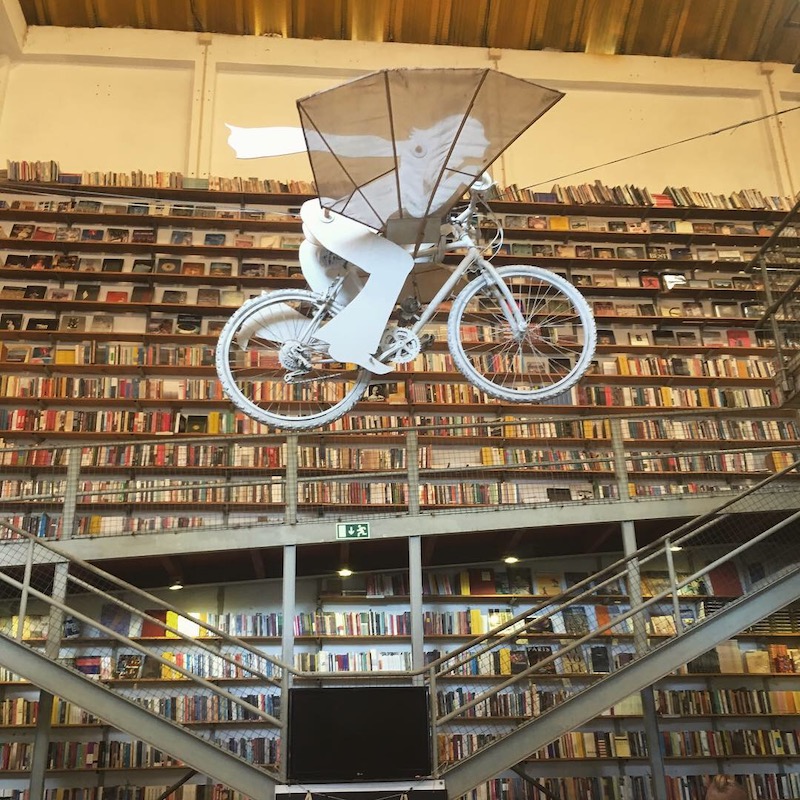 The city’s steep hilly terrain often draws comparisons to San Francisco. Apart from late 19thcentury tramways, the Elevador de Santa Justa was built in 1902 to make things easier for pedestrians. The architectural masterpiece by engineer Raoul Mesnier du Ponsard – a protégé of Gustav Eiffel continue to be a tourist magnet for its unrivalled views of Baixa district. Its design is reflective of the turn of the century Industrial Revolution- made of cast iron, decorated with filigree and neo-gothic finishes. 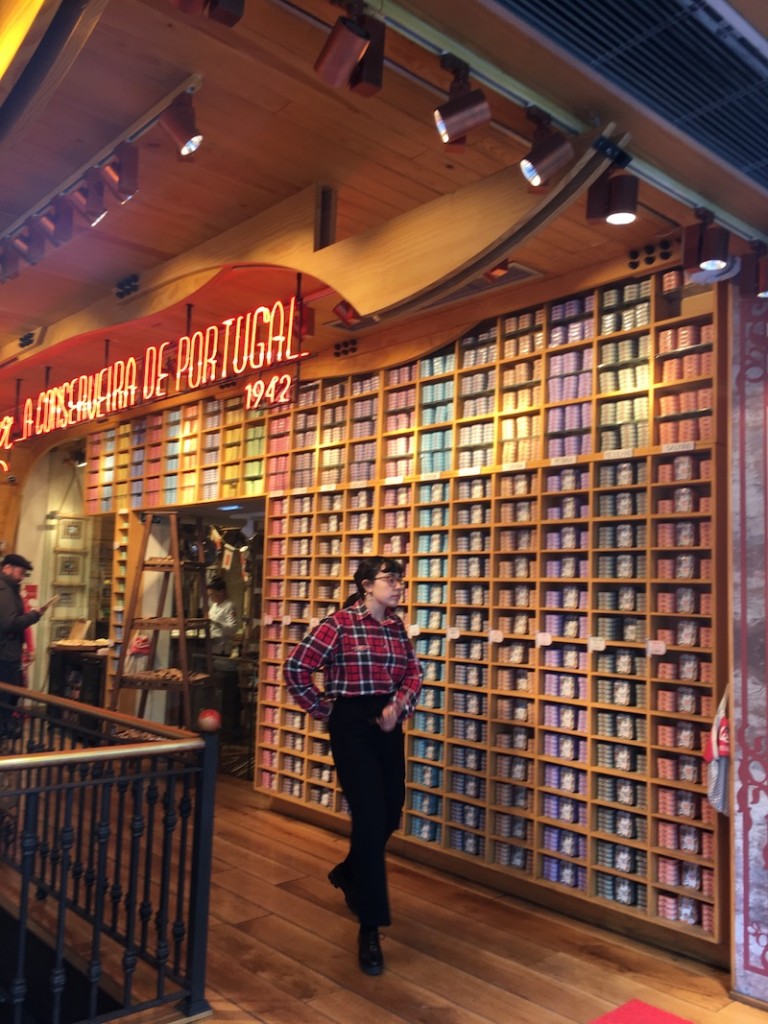 For lunch, head over to the Time Out Market (Av. 24 de Julho 49, 1200-479 Lisboa), where you find the best of Lisbon food under one roof. From two Michelin-starred chef Henrique Sá Pessoa’s casual outpost serving typical Portuguese fare from Sardines to octopus salads to Croqueteria’s hearty meat croquettes. Post lunch, enjoy a shopping spree at A Vida Portuguesa (Rua Anchieta 11 1200-­023 T: +351 213 465 073); a one-stop shop that curates the best of Portuguese design and crafts that have kept their original packaging – a treasure trove of retro ingenuity. 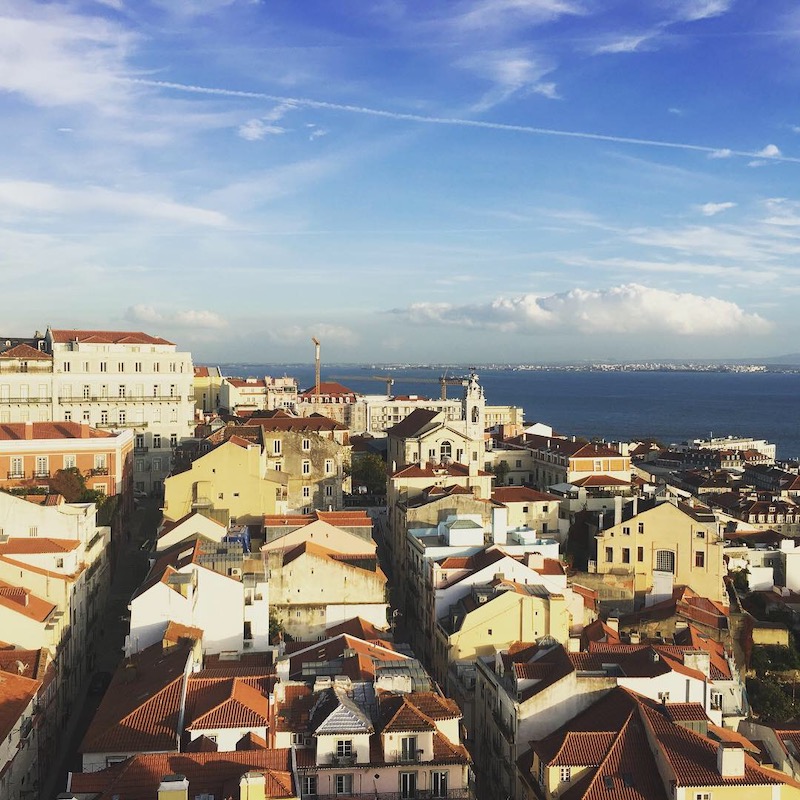 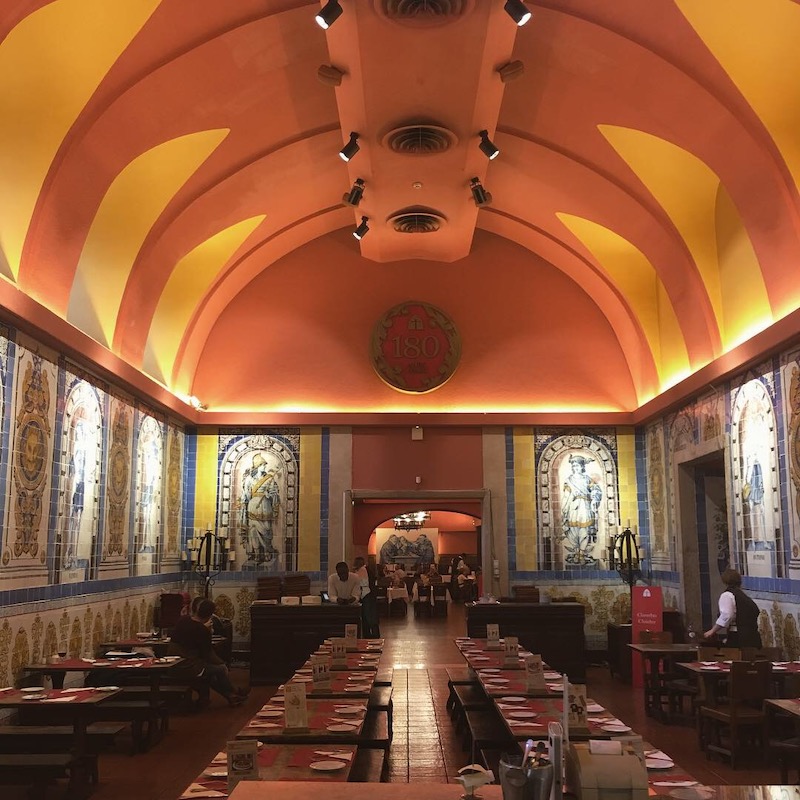 Alternatively, choose to enjoy a pint at Cervejaria Trindade ( R. Nova da Trindade 20 C, 2715-311 Tel: +351 21 342 3506)Portugal’s oldest brewery that was converted from a 13th-century monastery in 1834. Every Wednesday night (8-11pm), dinner is served with entertainment – Fado: a traditional and expressive lyrical performance.

Right next door, have dinner alongside the city’s well-heeled at Bairro do Avillez, the casual diner of renowned Portuguese two Michelin-starred chef José Avillez. Robust and rustic flavours bring out the best of their fresh seafood – order the clams and the shrimps. In fact, it was so good, we returned for dinner again the next day.

For a healthy dose of culture and heritage, I recommend the National Azulejo Museum (R. Me. Deus 4, 1900-312 Tel: +351 21 810 0340), thetile museum housed in the former Madre de Deus Convent. The museum is dedicated to the colourful collection of Portuguese tiles from the 15thcentury. 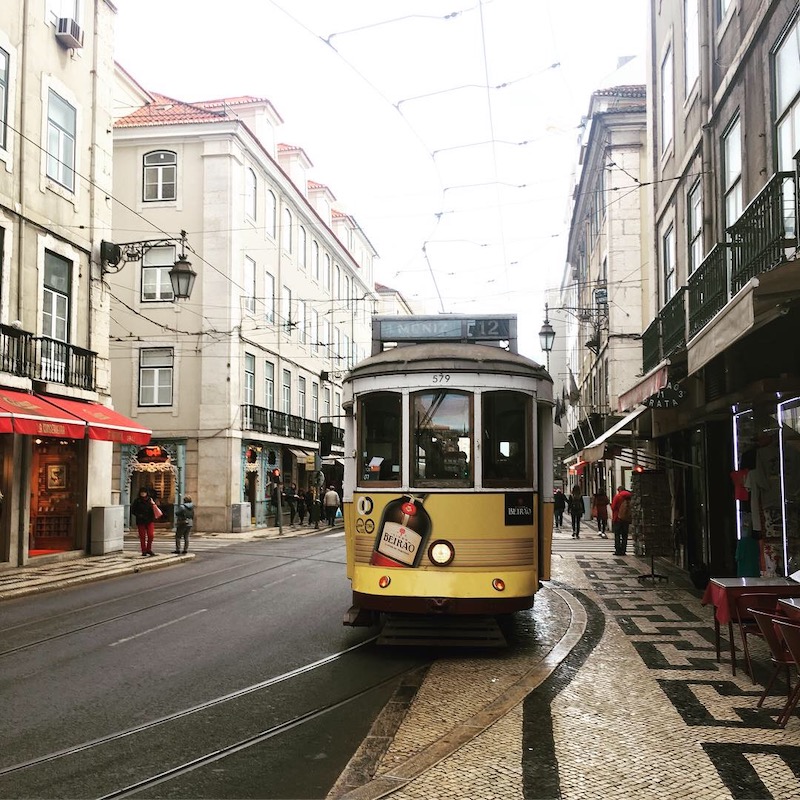 No trip to Lisbon is complete without a ride on the 28E tram that passes through the tourist attractions in the districts of Graca, Alfama, Baixa, and Estrela. The yellow Remodelado trams were introduced in the 1930s and winds through the tight turns and steep terrain.Tram 28E is always packed, so go early and start in the mornings. Finally, watch beware of pickpockets in the tightly confined space.

If you’re one for food souvenirs, stock up at Comida Independente (R. Cais do Tojo, 28 em Santos-o-Velho, Lisboa Tel: +351 21 395 1762) Oenophiles will be delighted to discover of wines over local artisanal cheese, chorizo and cold cuts with proprietress Rita whose aim is to guide and share the depth and breadth of Portuguese produce, organic wines and cidres. Here, you can buy excellent quality products at very fair prices. 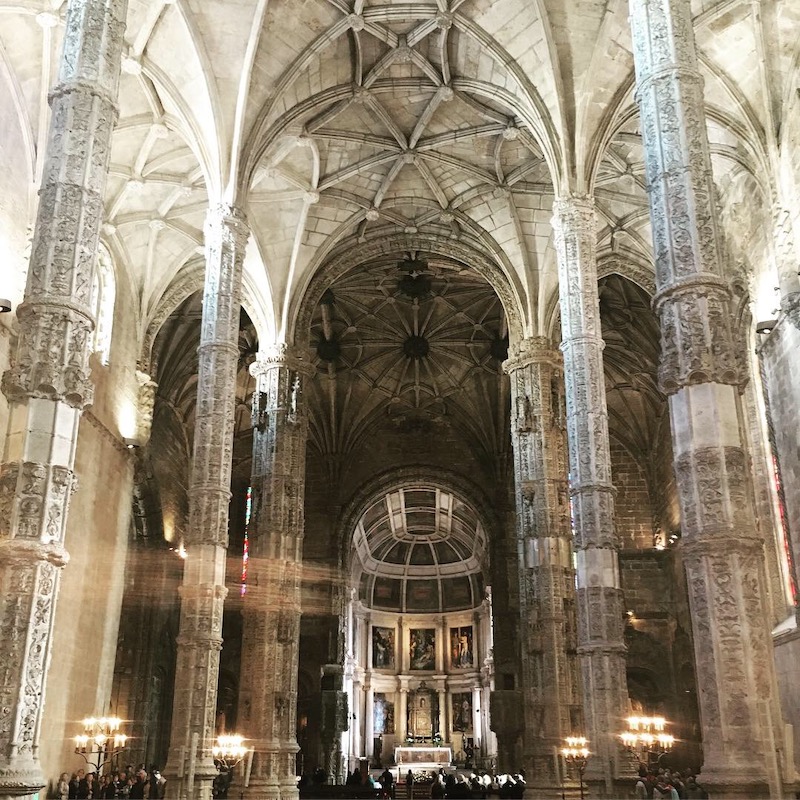 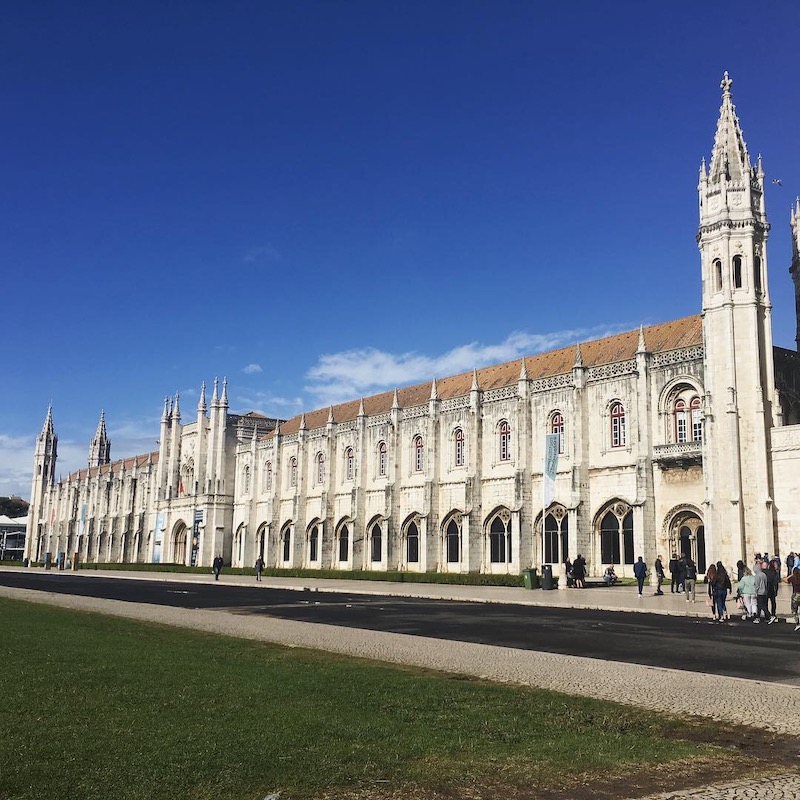 How to get there:

There are no direct flights from Singapore to Lisbon, however, most major international airlines will get you there via a connection in Munich, Zurich, London, Dubai, Istanbul, Amsterdam or Paris. 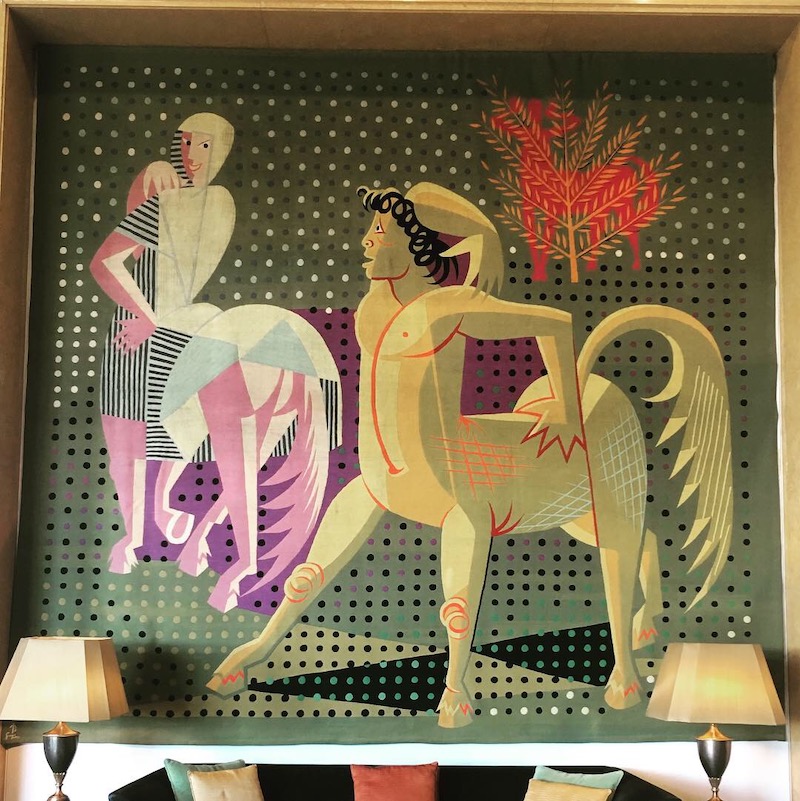 Four Seasons Hotel Ritz Lisbon is the city’s best address with impeccable service. The hotel’s interiors are graced with over 40,000 square metres of rare and beautiful marble. Its art collection is gallery worthy, displaying the works of some of the best and most famous Portuguese artists of this century. Rooms from 480€ 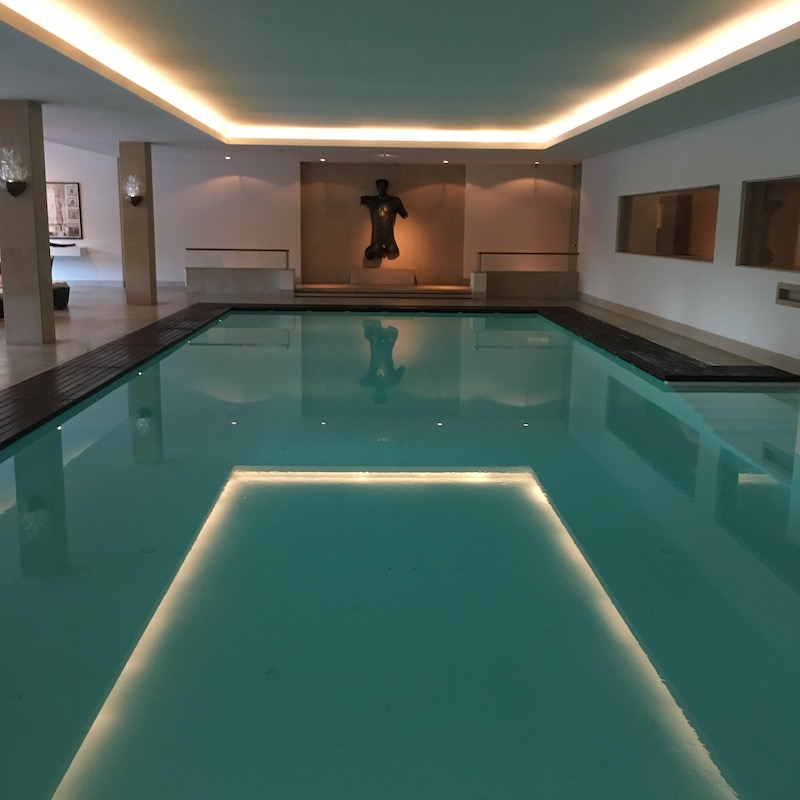 This renovated historic townhouse in the heart of Lisbon has beautiful rooms and suites with modern interior decor yet retain its 18th-century original details from the tiles and panels to rococo style stuccos. Rooms from 1500€